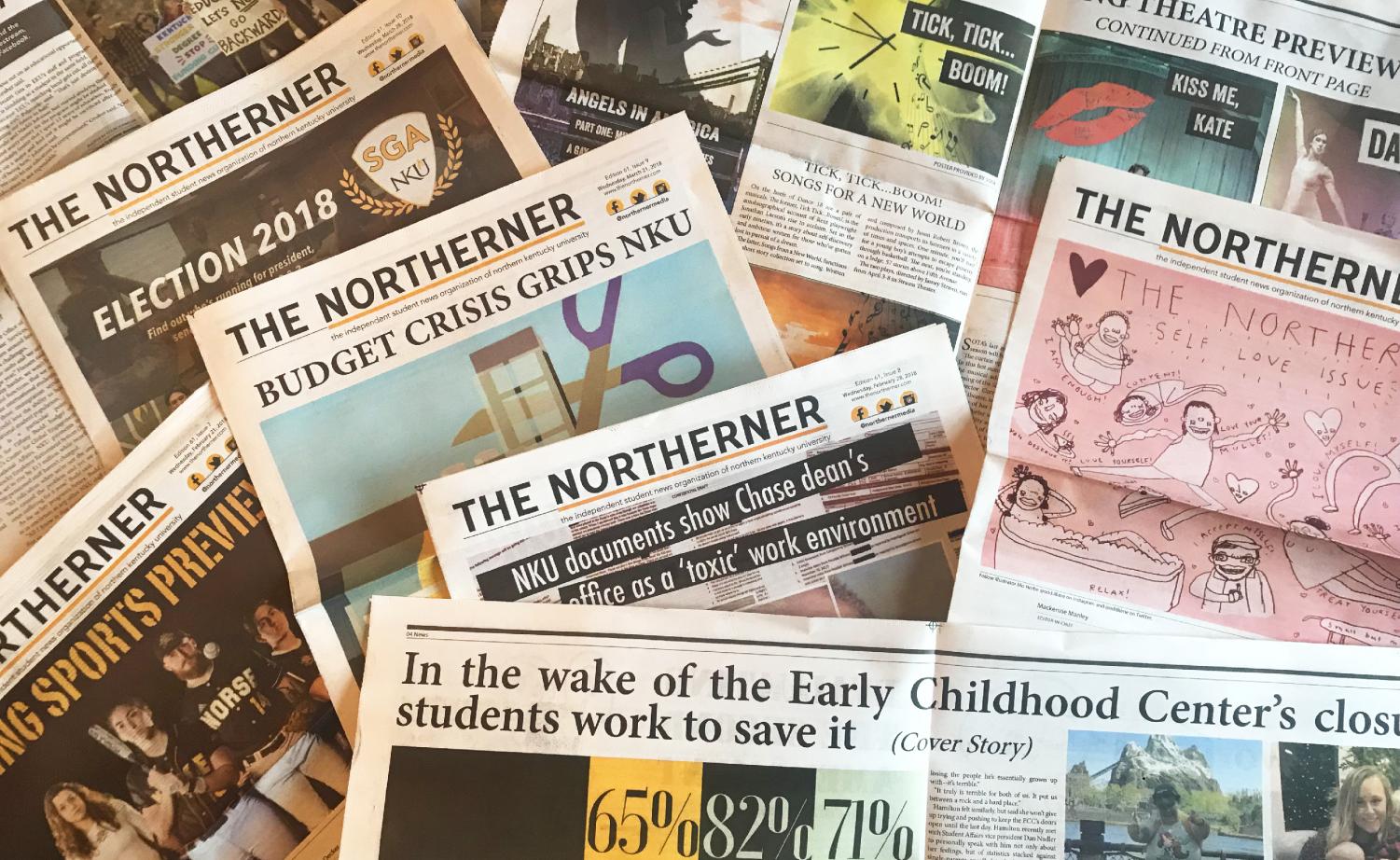 The Daily Campus, the independent student newspaper of Southern Methodist University, announced it would re-affiliate with SMU because its media company is dissolving in May. Without support from the Student Media Company, the Campus is forced to surrender its independence.

“The administration attempting to censor media is the entire reason the Student Media Company began, but now students may not have the opportunity to report the truth without fear of retaliation from the university,” the Campus staff wrote in what is certain to be one of their last editorials.

It’s a story becoming all too common at America’s student newspapers.

For the record, The Northerner is an editorially independent, student-run publication. The Northerner receives support from NKU to keep the lights on, though some Northerner editors prefer to keep our Griffin Hall office dark as we transcribe interviews and chase leads. All of our talented contributors, reporters, editors, business team and street team are also proud members of Norse Nation.

But, never has any NKU administrator, office or organization been allowed to wield editorial control over what The Northerner can or can’t print. Nor should they ever.

Recently, The Northerner has reported on sexual harassment, workplace hostility, budget shortfalls, state government, campus rapes, crime and punishment, free speech rights and more. I am certain that our coverage could not have happened without journalistic independence from our university.

Free information is vital to the health of any community. It’s why regional newspapers and small-town weeklies have existed to keep citizens informed since the start of the American experiment.

An independent student press acts like a doctor that checks the pulse of its campus, examines student and faculty issues and sometimes diagnoses illness. Much like a doctor’s examination, the process can be uncomfortable at times and might reveal something about its patient that isn’t as it should be.

The ultimate goal of journalism is to arm people with truth so we can find cures for society’s ills. We strive to understand our wider community and each of its members so we can begin to solve its problems.

In small and large ways, I know The Northerner has had a hand in shaping the university we enjoy today.

NKU should also be applauded for taking steps to be more forthcoming with information than ever. Our reporting could not have happened without the vital investigation documents NKU shared with us.

Unfortunately, this is not the case at all Kentucky universities. Reporters at UK’s Kentucky Kernel and WKU’s College Heights Herald were sued by their universities for requesting public documents. The Louisville Cardinal hangs on by a thread after receiving ad funding enough for just one more year. With shortages looming at schools all over the state, it’s hard not to see a bleak future.

While it is impossible to overstate that young reporters are under threat, it’s also impossible to ignore the tremendous amount of hope I feel in joining a campaign for an independent student press.

Join us April 25 to #SaveStudentNewsrooms in a campaign led by University of Florida’s independent paper, The Alligator, and followed by hundreds of student papers across the country.

The future of Kentucky journalism exists now in news writing classrooms, in scribble-filled and coffee-stained notepads, in worn-out audio recorders, and in hearts set aflame by the search for truth that beat in the chests of student reporters everywhere.

Every day, The Northerner stands proud with student publications around the state: The Kentucky Kernel, The WKU Herald, The Louisville Cardinal, The Eastern Progress, The Cumberlands Patriot, The Bellarmine Concord, The Transylvania Rambler, The Morehead Trail Blazer, The Murray News and more.

Today we stand united with the nation’s student journalists and independent student reporting to #SaveStudentNewsrooms.