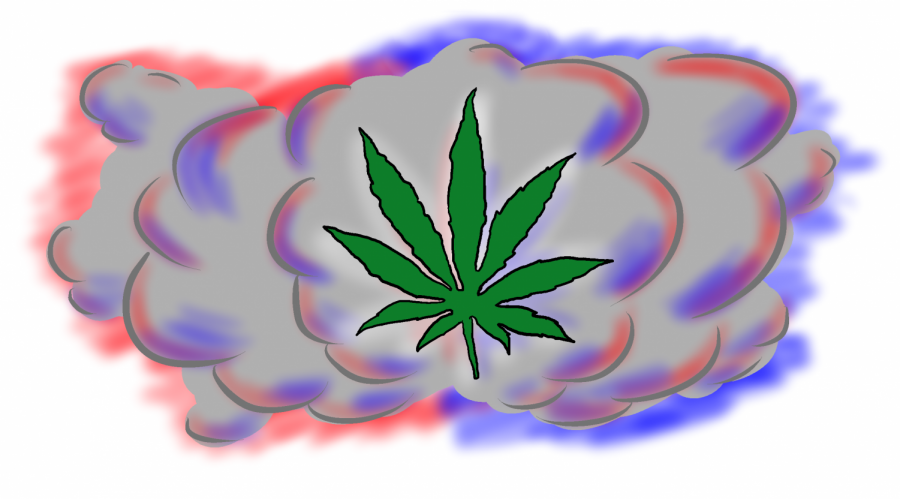 Pot arrests rise at NKU, but does the punishment fit the crime?

29 states have legalized medical marijuana, and recreational use is legal in 10 states plus Washington, D.C. California began selling recreational pot at the beginning of this year.

At NKU, there were 36 recorded incidents involving marijuana on campus from August to January, up from 16 incidents during the same timeframe in 2016.

NKU Police Lt. Will Love said that officers will cite and release students found with marijuana.

“Unlike other police departments, we normally cite and release depending on the amount; if it is a lot past what the state deems to be an arresting offense, we will arrest them,” Love said.

In Kentucky, possession of less than eight ounces of marijuana is a Class B misdemeanor, and violators could face a maximum 45 days in prison or $250 fine.

But, if evidence of intent to sell is found (like scales, bags and other paraphernalia) the individual will be charged . Selling less than eight ounces of marijuana is also a Class B misdemeanor for a first offense with a maximum sentence of one year in prison.

According to Love, when students are caught with marijuana, it is generally for personal use, not for sale.

University police confiscate the drug, along with any other illegal paraphernalia as evidence, and the student will receive a court citation. Once the report is filed, the cases move through NKU’s student conduct process.

Due to societal changes concerning marijuana and its legalization in certain states, the levels of punishments for possession have been changed on campus. For instance, when Love first worked here, he said a student could be kicked out of their dorm if any amount of marijuana was found.

Ann James, the senior associate dean of students and deputy title IX coordinator, said in an email that Student Conduct, Rights and Advocacy (SCRA) has partnered with NKU Health, Counseling and Student Wellness (HCSW) to provide an educational opportunity for students who are found responsible for behavior related to illegal drugs within NKU’s Code of Student Rights and Responsibilities.

First offenders found in violation of NKU’s alcohol and other drugs policy are typically assigned to the Personal Responsibility Education Program (PREP): an in-person program for students offered by HCSW. The program consists of a 2.5 hour class where students create a plan to not use alcohol and drugs, or to drink responsibly if the student is 21 or older.

Since Kentucky has not legalized marijuana, NKU policies have not changed since 2012 and are consistent with state laws.

Kentucky Secretary of State Alison Lundergan Grimes announced at a press conference on Jan. 12, “Now, with 29 states and the District of Columbia offering relief in the form of medical marijuana to their citizens, we must waste no more time.”