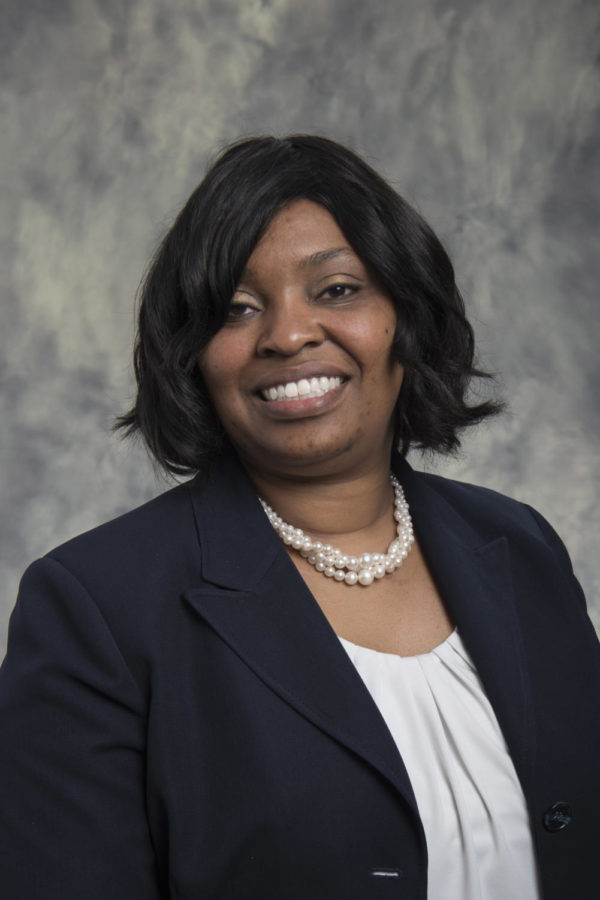 Bonita Brown, current vice president and chief strategy officer, has been at NKU since August 2019.

The Northerner will continue to provide updates on this breaking news story.

Bonita Brown, current vice president and chief strategy officer, will be considered for NKU’s interim president position at the upcoming Jan. 18 Board of Regents meeting, according to a  media release.

The Board of Regents meeting, which is open to the public and available for livestream, will commence at 9 a.m. in Student Union 107A. After commencement, the board members will immediately go into “executive session,” which is a private meeting among regents only. At this time, the board will likely vote on the appointment of Brown to the interim position. There are 11 Board of Regents members, and Brown must reach a majority vote to be appointed.

If Brown is appointed, she will be the university’s first female and first Black head leader.

What will the interim president do?

According to Board of Regents Chair Rich Boehne, the board is looking for an interim president who is familiar with campus and will support plans that are already in place.

One of the biggest plans in place is the Reposition Plan– NKU’s framework to reduce the unexpected $18.7 million budget shortfall announced in the fall of 2022.

“You’re not looking for some great disrupter to come in,” Boehne said. “You’re looking for someone who can come in and support… and try to fill a void during a very busy time.”

In November 2022, Boehne said the board was seeking an interim who was familiar with the region and campus. They were also looking for a leader who was knowledgeable of the university’s mission and the services it provides.

“You’ve got to be a great listener and then also you have to be willing to make decisions because things flow by you and people will come to you for a final decision,” Boehne remarked.

What is Brown’s background?

The current vice president and CSO was hired at NKU in 2019, when President Ashish Vaidya created the position. She was tasked with campus oversight and execution of the Success by Design strategic framework, which focused on advancing student success and aligning with the Greater Cincinnati region’s needs.

Brown’s office is located on the eighth floor of the Lucas Administrative Center, also known to contain members of the president’s cabinet. She is currently a co-chair on the committee for Academic Commons. Academic Commons is meant to be a hub for student support services, such as the tutoring center and veterans resources. She is also known to be involved with the Black Faculty and Staff Association.

Previously, Brown worked at non-profit Achieving the Dream, where she was the vice president for Network Engagement. In this role, she supported hundreds of community colleges across the nation as they implemented student success efforts.

Can the interim step into the official president role?

No. On Jan. 9, the Board of Regents met to decide if an interim president could also run for the university president role. In an 8-3 vote, the regents voted that the interim would remain separate from the official president position, a decision that board chair Rich Boehne said was often debated but he thought was for the best.

The Jan. 18 Board of Regents meeting can be livestreamed at this website.