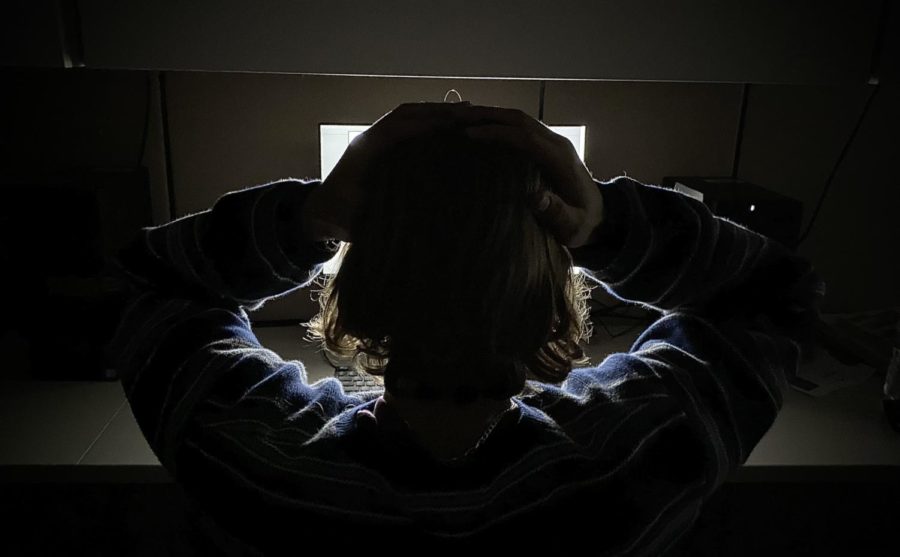 Northern Kentucky University announced an unexpected budget deficit of $18.7 million as well as a plan for combating it at a budget and strategic update meeting on Oct. 6. Following the meeting, top university officials spoke with The Northerner about the background and impacts of the deficit, as well as faculty reactions to the plan and what has changed since.

What led to the deficit?

In the university’s annual budget published in June this year, NKU projected its expense budget for 2022-2023 to be $271,475,728 and its revenue budget to be $265,975,728, resulting in a $5.5 million net difference. However, the university started noticing the additional deficit of $18.7 million around July or August, according to Jeremy Alltop, vice president for Finance & Administration and chief financial officer. The overall known deficit now sits at $24.2 million.

Another factor is NKU making SAT/ACT tests optional for merit-based awards. Applicants were evaluated according to their high school GPA without need for test scores, meaning students who would not have qualified for merit scholarships based on test results were now eligible. This factor has increased the amount of financial aid offered to students and is part of a trend among universities where a certain GPA is required to make tests optional, Alltop explained.

NKU spent $8 million above the projected budget on institutional aid and lost $5 million owing to declining enrollment—which the university attributes to competition from online certificate and credential providers in the post-COVID world.

$5.7 million is described as “unbudgeted expenditure,” of which funding for the College of Health & Human Services occupies $2 million. According to Alltop, the college has been growing considerably over the last four to five years, prompting the university to shift more faculty salaries and resources into the college. The remaining $3.7 consists of utility costs, maintenance costs and various program expenses across campus.

What has happened since the announcement?

“The thing about budgets is it’s a plan, and in terms of how you implement it, it’s very squishy and things change all the time,” Provost Cecil said.

At the time of the interview, NKU has held 37 out of 50 listening sessions for 610 faculty members since the Oct. 6 announcement. The original plan to reduce spending and increase revenue will go into effect per approval at the Board of Regents meeting that takes place Nov. 9, though parts of the plan are constantly being modified based on feedback from the listening sessions and ongoing circumstances.

Cecil stated that university officials are working with the deans—who in turn will inform department chairs, faculty, staff and students within their respective colleges—to cut approximately $4.5 million out of an $80 million instructional budget over two and a half years.

“We went to the dean and said, ‘Here’s our target for the next fiscal year,’ and the dean said, ‘We need time.’ So we said, ‘Let’s take our time and figure out how to do this right,’” Cecil said.

As they push the timeline for meeting goals further down, university officials have decided to first focus on sweeping vacancies. Removing vacant positions will not require board approval, Alltop said.

NKU is also running a thorough analysis of software packages used across campus to see if there is duplicated software anywhere and if there are opportunities for reducing it.

“We heard suggestions of duplicated software across campus in several places, so now what do we have? Who uses it? How do we get to those people, and if there are five things that do the same thing, or three things that do the same thing, can we get down to one or two of those?,” Alltop said. “The savings have been modest so far, but the work is taking place right now.”

More substantive changes to the university, including the reorganization of administrative offices and consolidation of student support units, will require board approval. Alltop added that some actions might not be submitted to and approved by the board until next year’s meeting in March.

How will students and faculty be impacted?

Alltop was certain to point out that current students will not experience any changes in their financial aid.

“All the commitments we’ve made to students will be honored,” the chief financial officer said.

Current students may see some impacts when it comes to auxiliary aspects like parking and Campus Recreation fees as well as support resources. Administrators said they were still working out exactly what these changes will look like, but the main idea is that current students will be impacted as little as possible.

Although low enrollment was a large factor in the creation of the deficit, the university is confident in its plan to recruit new students and reverse this trend.

Dr. Eddie Howard, vice president of Student Affairs, said the university’s plan to recruit new students will take greater advantage of potential Norse “in our backyard.” Howard said NKU had steadily lost a market share of enrollment in the eight “top feeder” service counties near NKU. These Kentucky counties will gain a large focus from the university’s marketing team, and Howard said they hope to build stronger corporate relationships with schools in these areas.

NKU will continue to invest in international enrollment, which has paid off significantly thus far according to the provost. The university has hopes to build partnerships in new areas such as Brazil and Malaysia, Cecil said.

While students are said to be minimally impacted, non-tenure track faculty members will not be so fortunate.

“[The $4.5 million instructional cost reduction] is not small. It’s a reduction that’s going to be disruptive. It’s going to change the job and schedule and everything for every faculty member on this campus,” Cecil said.

The provost said instructional costs can be expected to roll back to their pre-pandemic state in 2019. Cuts will be spread out amongst the colleges; however, the College of Health & Human Services will receive the most miniscule portion and potentially receive an additional $2 million to its budget, due to its exponential growth over the last four to five years.

How is NKU responding to student and faculty reactions?

Provost Cecil validated the anger and frustration that will come with some faculty members not being able to return to NKU.

The 610 faculty members who attended listening sessions came with both strong emotions and suggestions. The administrators said they hope to incorporate as many recommendations as they can when they present to the board and afterward.

All students will get the opportunity to voice opinions and suggestions following the Board of Regents meeting on Nov. 9. After some parts of the plan are set into action, administration will start taking a look at the university’s academic commons—the network of support resources that are available to students. They hope to find an efficient and cost-effective way to consolidate resources into one place for students, and they want to know what students actually use or what they need instead.

Dr. Howard said it will be crucial to hear from students at this time so they can create a system of resources that will best serve students.