In light of an unexpected revenue shortfall, university officials announced widespread reductions in spending to counter the deficit at a meeting with the campus community Thursday afternoon.

Among this year’s revenue and expense trends, total tuition and fee revenues have gone up 17% and state appropriation has gone up 16%. On the flip side, NKU’s auxiliary income has decreased by 16%, while instructional expenses and financial aid expenditures have increased 28% and 46% respectively.

The most significant figure is an unexpected shortfall of $18.7 million, or just under 7% of the university’s budget, for the 2023 fiscal year, which consists of a $5 million revenue shortfall due to declining enrollment and mix, $8 million over budget in institutional aid and $5.7 million in unbudgeted recurring expenditures. 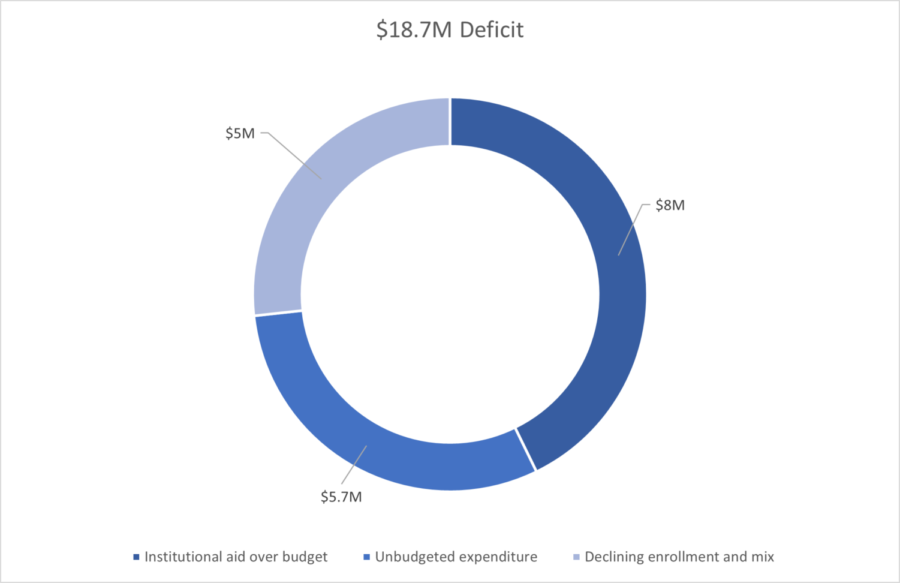 In a statement, NKU identifies competition from online providers, changing student demographics and the COVID-19 pandemic as causes behind the deficit.

“Over the past several years, regional public universities across the country have seen greater competition from online providers, a shift to more flexible, career-focused, lower cost, certificates and credentials and changing student demographics. The COVID-19 pandemic accelerated those changes including the fact that fewer traditional undergraduate students are pursuing degrees now than before the pandemic,” the statement says.

In response to this shortfall, NKU has outlined a plan to enhance revenue and reduce expenditure, the latter accomplished through a combination of slashing funding, consolidating and modifying existing programs. The university aims to reduce $600,000 in personnel expenses, $725,000 in operating expenses, $500,000 in parking services, $550,000 in housing, $200,000 in advancement and $325,000 in outsourcing functions. 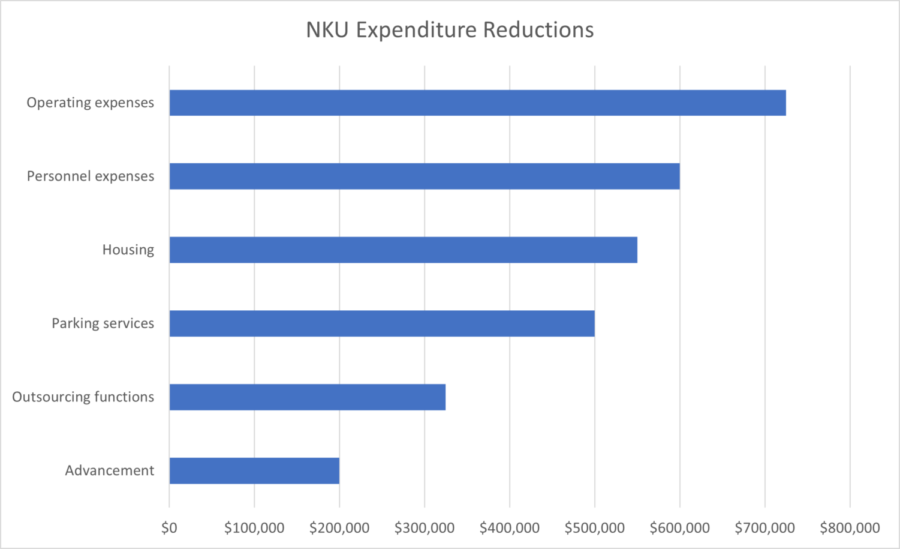 One of the plan’s most vital aspects is to decrease instructional costs by approximately $6.7 million, which at the moment occupies a large chunk of the deficit. Provost and Executive Vice President for Academic Affairs Matt Cecil said that NKU will be more careful about approving new tenured or tenure track lines over the next three fiscal years, as non-tenure track renewable faculty positions have grown dramatically. By cutting into part-time or adjunct faculty positions, NKU hopes to reduce institutional costs by $4.1 million over the 2024–2025 fiscal years.

NKU also looks to bring stipends for faculty projects from $1.2 million down to the 2017 level of $600,000 a year, to repurpose the Grant County Service Center—which offers a few general education programs every semester—and not to hire for vacant positions unless they are in areas that might grow or see significant student success.

“We’re going to need everyone’s help to do this. It will be very, very difficult, and no one underestimates the pain this is going to result in. But we must say that we have no choice. This is where our costs are,” Cecil said.

An additional $2.4 million worth of savings is expected from administrative reductions. NKU plans to launch Academic Commons in 2024: a consolidation of several campus support units—such as Steely Library—and even some degree programs, which they hope can be more responsive to changing student demographics and student needs. Such a consolidation means there will be fewer administrative and administrative support positions on the staff rollout.

The same process will apply to outreach efforts and units that interact with employers, as well as administrative support services. According to Cecil, each administrative member is supporting dozens of faculty and staff members under the current system, the consolidation of which can allow administration to share support functions.

These changes will not affect currently enrolled students, according to Vice President for Administration & Finance and Chief Finance Officer Jeremy Alltop.

Aside from cutting expenditure, NKU also has plans to increase revenue for the coming fiscal years. The university expects to decrease one-time investments by $5 million, control approximately $3.3 million of spending and seek Board of Regents approval for $10.4 million in additional funding.

More specifically, NKU aims to boost on-campus housing occupancy to generate $1.4 million, change how Campus Recreation Center membership is handled for a $84,000 boost, increase parking rates to generate an additional $600,000 and target rapidly growing programs that can bring in $5.4 million. Along with $2.5 million in funding for the Young Scholars Academy, these steps are expected to add approximately $10 million to university revenue. 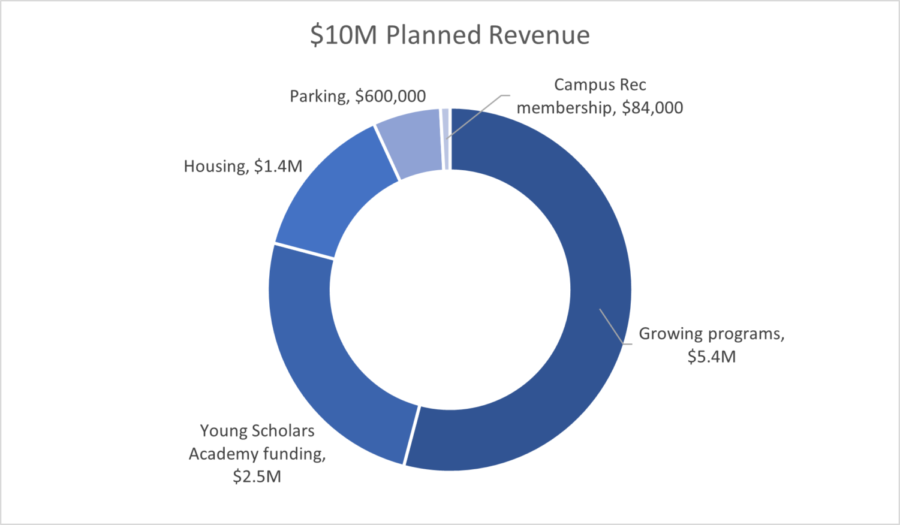 Vaidya listed three embodiments of success for NKU in the next three years: sustainability, enrollment and academic.

“Though NKU is not alone in confronting these challenges, we can be unique in our response to them,” Vaidya said, referring to the challenges that beset higher education as a whole. “But this particular commitment we have to student success is unwavering. It’s our core DNA for the past 51 years that we’ve been in existence … These strategic actions will really enhance our ability to fulfill our missions in the most impactful way.”

University administration will hold 50 listening sessions where members of campus and the community can voice their opinions and questions, set to begin Oct. 10. A new website that addresses the changes to come, nku.edu/reposition, will be made available in the coming week.

Correction: An earlier version of this article states that NKU will be more careful about approving new tenure. Provost Matt Cecil was referring to new tenure track lines for future faculty, not tenure that is already being considered for existing faculty. This error has been corrected.