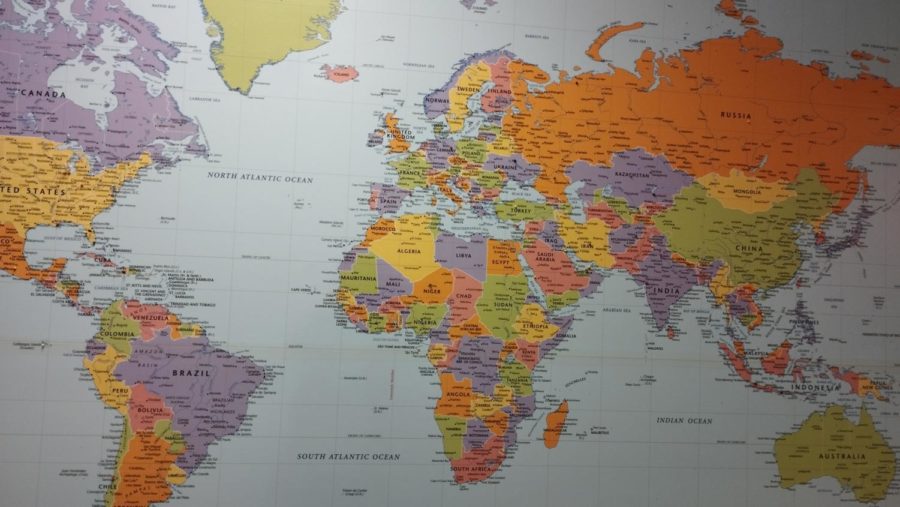 The decision is part of the university's financial aid realignment plan.

Duong Nguyen’s family was planning for years for his younger brother, a high school senior, to apply to Northern Kentucky University. His brother had been studying for the IELTS and SAT exams when they received the news that NKU would no longer be offering merit-based scholarships for new international students.

“We cannot imagine what we need to do because the merit scholarship is financial help for every student, especially international students, to get into U.S. higher education,” said Nguyen, a senior student from Vietnam majoring in marketing and business informatics (Duong Nguyen is not related to the author of this article).

These changes were made known to the university at large in a speech by Rebecca Hansen, director of International Student & Scholar Services (ISSS), to the Board of Regents during their Nov. 9 meeting.

The office had to announce to partnered universities, counselors and advisors around the globe, along with more than 350 international students admitted to NKU for the spring 2023 semester, that international merit scholarships would no longer be available. The decision came while the office was processing the students’ applications, having already communicated the merit-based awards to them, Hansen said.

On the Office of Student Financial Assistance’s web page for out-of-state merit-based scholarships, the only award that residents of international regions outside of the U.S. can now qualify for is the International EDGE Award. The Presidential Scholarship, which covers a student’s full tuition and was previously awarded to international students, is now limited to residents of domestic U.S. regions.

In the midst of a $23.7 million budget deficit, NKU administrators have designed a Reposition Plan to reduce spending and increase revenue across multiple university departments, with one of the primary concerns being financial aid.

In an October interview with The Northerner following announcement of the budget deficit, university officials explained that making SAT/ACT test scores optional for incoming students allowed for more students to qualify for financial aid, in turn contributing $8 million to the deficit as the university expended more money on student aid than budgeted.

Administrators have consistently described the realignment of financial aid as a core step in tackling the budget shortfall, by eliminating awards stacking and modifying existing programs. The EDGE Award for non-Kentucky residents exemplifies this realignment: the award amount has been reduced to $8,256 for residents of Ohio metro area counties, $7,256 for residents outside of Kentucky-Ohio-Indiana metro counties, and $5,000 for non-domestic residents. These new figures are lower compared to those announced at the Nov. 9 Board of Regents meeting, where they were introduced as $8,640, $7,640 and $5,640 respectively.

NKU decided to reduce financial aid for international students out of compliance with precedents, other institutions and a memorandum by the Kentucky Council of Postsecondary Education (CPE), according to Matt Cecil, provost and vice president for academic affairs, and Jeremy Alltop, vice president for Finance & Administration and chief financial officer.

Alltop stated that a financial aid package consists of two parts: a waiver portion, represented by the EDGE Award, and a merit portion. During 2019-2020, the EDGE amount increased while the merit bucket remained the same, which eventually led to larger tuition discounts for international students.

“We were being overly generous and especially compared to what we had done historically, and also what our peer institutions are doing,” Alltop said.

Provost Cecil added that NKU is under a CPE memorandum that requires out-of-state students, including international students, to pay a certain percentage more than Kentucky residents. The university also has a waiver allowing it to be more generous with out-of-state financial aid than typical institutions in the Commonwealth of Kentucky.

“We are not complying with the terms and agreements of the memorandum that we have with CPE right now. These changes will put us back into compliance with that as well,” Alltop said.

In her speech, Hansen remarked that the changes were not made for purely fiscal reasons. She recalled a Nepali student asking an NKU administrator why international merit scholarships had been taken away. The administrator responded that it was political: some international students were paying less than some domestic students, which apparently upset the wrong person or persons.

“Instead of reducing international scholarships in a way that could help balance the budget, maintain the relationships we’ve painstakingly built, and still provide opportunities for access, we’ve chosen to be political,” Hansen said.

Cecil disagreed, saying that the administration is trying to align with peer institutions and rolling back to the 2019 level when the financial aid system was more sustainable, in addition to complying with the state’s education memorandum.

“I certainly understand the frustration from those folks who work so hard to bring students to our campus and we did make their job harder by changing those waiver and merit levels. I understand that, but we disagree with the reasoning behind that,” he said.

University officials have stressed that changes to financial aid will not affect currently enrolled students—even students who are starting in the spring semester and have been informed of their financial aid package will have it honored, Cecil said. But in a WhatsApp group for NKU student announcements, ISSS Intercultural Programs Coordinator Toni Schneller updated that beginning in January, EDGE and international merit awards would no longer be extended for additional semesters if students take more than four years to complete their education.

The announcement spells trouble for international students with double majors like Duong Nguyen.

“Luckily my scholarship is still renewed, but for some of my friends, they’re doing double majors like me and they’ll have to extend for one or two more years. They don’t know what to do right now because they’ll have to pay a lot more money to work toward graduation,” Nguyen said. “That’s really, really bad news for them and I feel really sorry for them.”

Provost Cecil commented that all NKU scholarships are renewable for up to three years or completion of a first degree, which does not deviate from prior practice.

In terms of future international enrollment, Cecil has no doubt that NKU will see a slump in the short run. But speaking from his experience at the University of Minnesota-Mankato, where 1,500 out of 15,000 students were internationals and paid full tuition, he is optimistic that NKU will be able to find international students determined to study here in the long term.

Rebecca Hansen said in a statement that there has been an outpouring of support and solidarity from NKU faculty and staff since she delivered her speech to the Board of Regents.

“Faculty from all over campus reached out to tell me how much they love working with our international students, ensuring me that they appreciate the hard work of our office. Staff from every corner of NKU have reached out to express their support for our students, a show of solidarity that was truly touching,” the statement reads.

Although NKU’s current financial situation will not allow for a complete reversal of the decisions regarding international student scholarships, Hansen believes that a creative solution is possible and that she looks forward to working with the administration to find a way forward for international students. This sentiment is echoed by Duong Nguyen, who hopes to see the scholarships launched again in the future.

“If I can meet with someone who can change the regulation, I just want to tell them that this scholarship and other scholarships support a lot of international students when they come to NKU. I know a lot of amazing international students try a lot to get to higher education, and they try a lot to celebrate their cultures and contribute to the NKU community,” Nguyen said. “I see that effort and just hope that people can see it too.”