UPDATE: What’s next for NKU, why Vaidya’s set to leave – Board of Regents Chair speaks 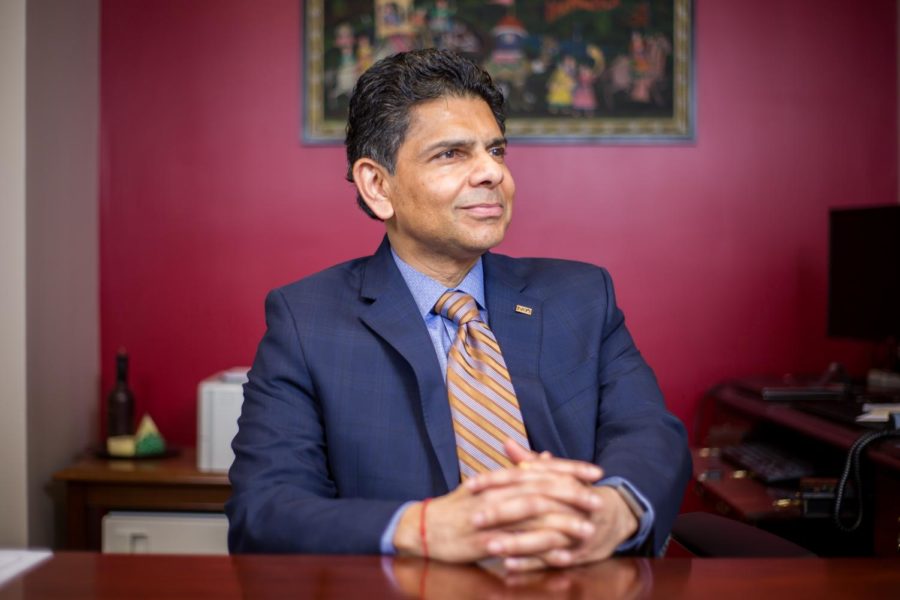 NKU President Ashish Vaidya is departing from presidency on Dec. 19, 2022.

NKU may be lucky to have an interim president lined out by the beginning of 2023, according to Board of Regents Chair Rich Boehne.

While the board plans to move as quickly as possible over the next several weeks to find a best-fit interim, they want someone who will check their boxes. For Boehne, one of the most prominent boxes a candidate needs to check is the ability to support the university’s Reposition Plan already put into play and not cause great disruption.

“You’re not necessarily looking for someone to come in and cast some new vision. Especially right now—you already have a plan in place. You’re just trying to efficiently get to where you’ve already decided to go … and help set the place up for what your ultimate decision will be later,” Chair Boehne said.

As far as hiring someone from the “outside” who is unfamiliar with the region, the chair said he believes this would be a difficult transition. While he is flexible, Boehne mentioned an ideal interim would be discerning, a good listener, patient and knowledgeable of NKU’s mission and the region. Ultimately, the board will know the fit is right when they see it, Boehne said, and they aren’t far enough along in the process to have more insight.

After an interim is set in place, the board will start initiatives to seek out the official university president. Boehne said this process usually involves the hiring of a search firm—someone who works in higher education and can provide expertise throughout the process.

One trend Boehne has often noticed in the hiring of higher education roles is a funnel system where the university simply waits to see whose names will drop in. Instead of only relying on this broad funnel system, the chair said he plans to play aggressive offense.

“I’m sure over the coming months I will walk across—or certainly walk around—some cities across this country and say to people, ‘I know you said you’re not interested. But here I am, and I need to talk to you about a fantastic opportunity,’” Boehne remarked.

What comes as a fantastic opportunity for a new president was an “extremely unfortunate and hard” circumstance for Ashish Vaidya. Reflecting on the university and Vaidya’s mutual agreement for the president’s departure, Boehne said the decision was made in a matter of weeks. As the Board of Regents met to discuss what the university needs to do over the next five years, Boehne said President Vaidya was feeling a pull to return to California sooner rather than later. California is Vaidya’s home state, where he received his doctorate from the University of California, Davis and began his career in higher education.

The president had received a contract renewal that was meant to last until 2027 just one year ago, in Oct. 2021. When asked what changed in the one-year time span, the budget deficit was a clear answer.

“It should be pretty obvious. You had a balanced budget in July, not too long ago. That’s coming out of that fog of COVID trying to make projections that you thought were good and they turned out to not be so good,” Boehne said.

“I don’t know, but if [President Vaidya] answers that, let me know,” Boehne responded.

As far as why the time was right to see Vaidya off, Boehne said the sooner the better in these situations. Once the decision had been made for the president to no longer stick around, the board thought it could create more tension or awkwardness by having him remain until the end of the school year or fiscal year.

Vaidya’s departure will render essentially no effect on the Reposition Plan the board set into action on Nov. 9, which includes financial aid realignment for incoming students and instructional cost reductions among other things.

“The timing is good because the repositioning plan was already done,” the chair commented.

When it comes to the possibility of current Chief Financial Officer Jeremy Alltop splitting ways with NKU, Boehne said it isn’t an ideal change to make in the midst of the president’s departure. While it is concerning, Boehne said it is ultimately up to Alltop to make that decision.

The president’s office did not respond to requests for comment.