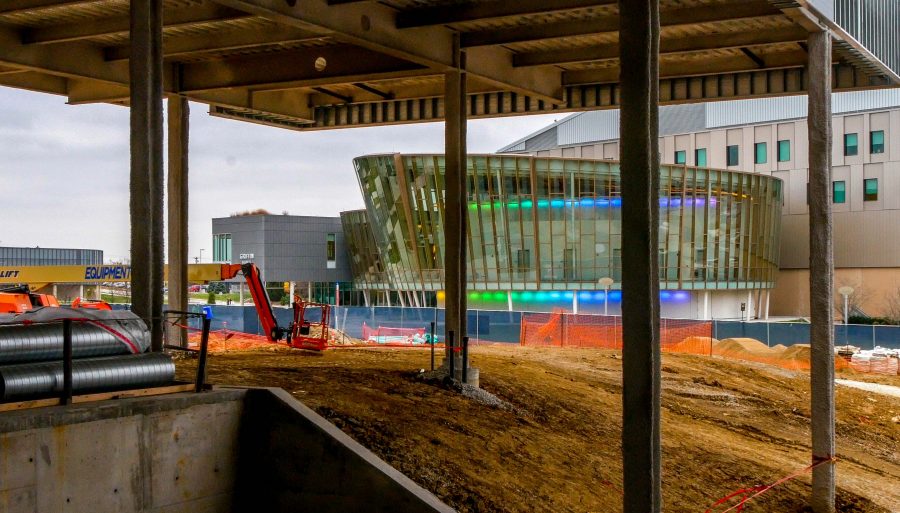 A different view of Griffin Hall that most have not seen yet. The construction is set to be complete in the summer of 2018.

Editor’s Note: Because so many people are discovering Northern Kentucky University for the first time this week, we here at The Northerner (who, by the way, have covered every NKU basketball game this season and have sat alone in many postgame press conferences as the only external media outlet) felt obligated as your official NKU student media organization to introduce you to our wonderful campus.

With that in mind, I asked my good friend (and assistant arts and life editor) Nicole Browning to take you through the glorious and completely serious history of our wonderful institution. So when you are cheering on the Norse to certain victory Friday night, share these wonderful facts with your friends to impress them with your overwhelming knowledge about the official basketball university of the Commonwealth, Northern Kentucky University.

If you are giving your bracket a puzzled look and rubbing your eyes, thinking the “N.” in “N. Kentucky” may be some sort of typo, I am here to educate you.

Decades old, Northern Kentucky University has a rich history that may take me the whole two days until we roast UK to explain. I’ll start with ten fast facts to give you a briefing on this legendary school with the 15-seeded basketball team: