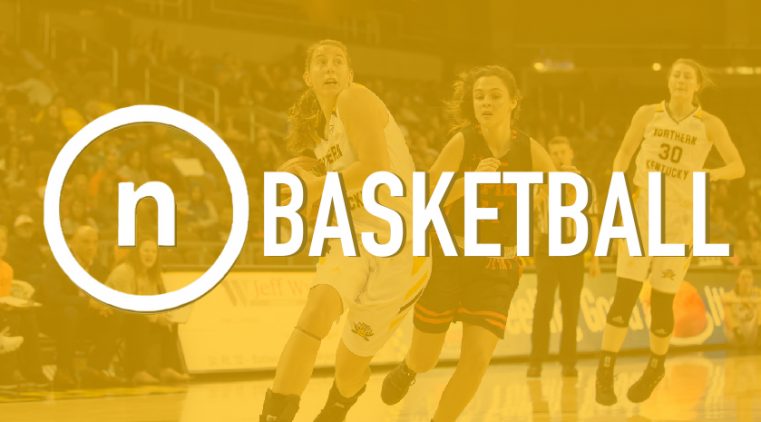 Preview: Women’s basketball gets their shot against UC at home Wednesday

The rundown: Camryn Whitaker will be tasked with coaching her team over UC in her eighth season of coaching at NKU. Her team comes into the matchup well rested on over a week’s rest and riding a three-game winning streak, with their last game resulting in a 75-66 victory over Miami of Ohio in the finale of the I-75 Challenge.

NKU is led by the nation’s 24th highest scorer on average per game in graduate student Lindsey Duvall, who averages a double-double so far this year (19.8 points, 9.8 rebounds) and leads the Horizon League in eight statistical categories. Emmy Souder is another key part of the offensive attack for the Norse, as she scored 17 against Eastern Kentucky in the first game of the I-75 Challenge and averages 8.1 points and 7.3 rebounds per game on the year.

Whitaker said during the postgame press conference following the Miami game that the matchup comes at the best possible time of the year for her team, following finals week and at the beginning of the winter break, and said that she’s excited for the final non-conference game of the year and the challenge of facing a team like UC.

“This time of year is my favorite because once the finals are over, the girls only have a second to think about basketball and enjoy each other and the holidays,” Whitaker said. “With UC coming in here, it’s no secret that it’s a big game for us … to have a team that we know is really good and really well-coached coming in and playing us on our home court for a little cross-town rivalry, I’m looking forward to it.”

The UC squad they’ll be pitted against is one that has played motivated following a loss in the Crosstown Shootout against Xavier in which they were held to just 35 points. Michele Clark-Heard’s Bearcats have won by margins of 33 and 42 against Ohio and Southern Indiana respectively.

Junior guard Jillian Hayes has proven to be a nuisance for opponents through her scoring attack and her proficiency on the boards, averaging 14.9 points per game and 8.6 rebounds. Sophomore Clarissa Craig is another threat to look out for, as the 6’2” forward/center is coming off her fifth double-digit scoring affair of the year against Southern Indiana with 15 points.

History: The Norse are undefeated against the Bearcats in two meetings, both coming at Truist Arena. The 2013 meeting saw NKU pick up a 77-61 win in just their second year as a Division 1 program, and their third year would produce a similar result as they knocked off UC for a second consecutive time by a score of 66-52. Former Norse head coach Dawn Plitzuweit oversaw both of the program’s wins over the Bearcats.

Return like they never left: As Whitaker mentioned, a nine day reprieve for finals week can do wonders for a team, allowing players to have their mind at ease after completing the student aspect of the term “student athlete” and getting the semester over with. It can also be detrimental to not have seen in-game action in over a week, as teams can come out sluggish or slow to start things off, especially against a Bearcats team that has played a consistent schedule throughout the first month and a half of the season. It’s up to the Norse to have their sea legs ready following the lengthy break.

Shut down Jillian Hayes: It’s obviously easier said than done to shut down someone who’s had 11 straight double-digit scoring performances, but the Norse will need to keep the junior in check for this matchup. Whitaker herself said that Hayes is a definite threat at the point and looks forward to how Kailee Davis and Ivy Turner stack up to defend against the 6’1” guard and her scoring attack.

Play with energy in the second half: This was no issue for the Norse in the game against Miami, as they erased a 46-37 deficit in the second half through tough defensive play, allowing only 20 points in the second half. However, sloppy and relaxed second half play was a trend that had plagued the Norse before then, most notably being one of the causes of the loss against conference rival Youngstown State on Dec. 2. In the case of the average NKU fan, one would hope that the intensity for the last 20 minutes the Norse were on the court carries over to Wednesday night’s matchup.

Where to watch: The game can be seen on ESPN+.