Without redshirt junior Jalen Tate the Norse prevailed in their 12-point win. 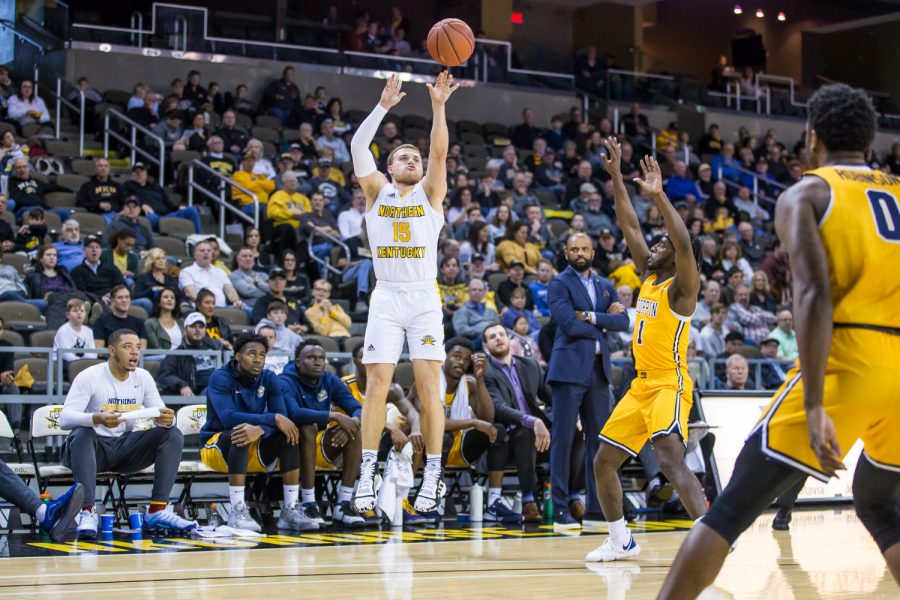 Gallery|10 Photos
Colin Johnson
Tyler Sharpe (15) shoots during the game against Coppin State on Sunday Afternoon. Sharpe shot 8-of-17 on the game and 6-of-12 from three.

Walton continued to dominate the game by adding nine of the first 13 points the Norse had in the second half. For the game, the Norse kept their 3-point shooting percentage at 40 percent and finished with a field goal percentage of 47.6 percent.

The last time two Norse netted 20 points was March 6, 2019 against Detroit Mercy. Sophomore guard Trevon Faulkner, along with Sharpe, were the last to do so. Walton scored a new career high with 24 points—his previous high was 20 points against IUPUI.

The Norse will head to Munice, IN for their Wednesday matchup against Ball State University. The game tips off at 7 p.m. and will be broadcast on ESPN+.