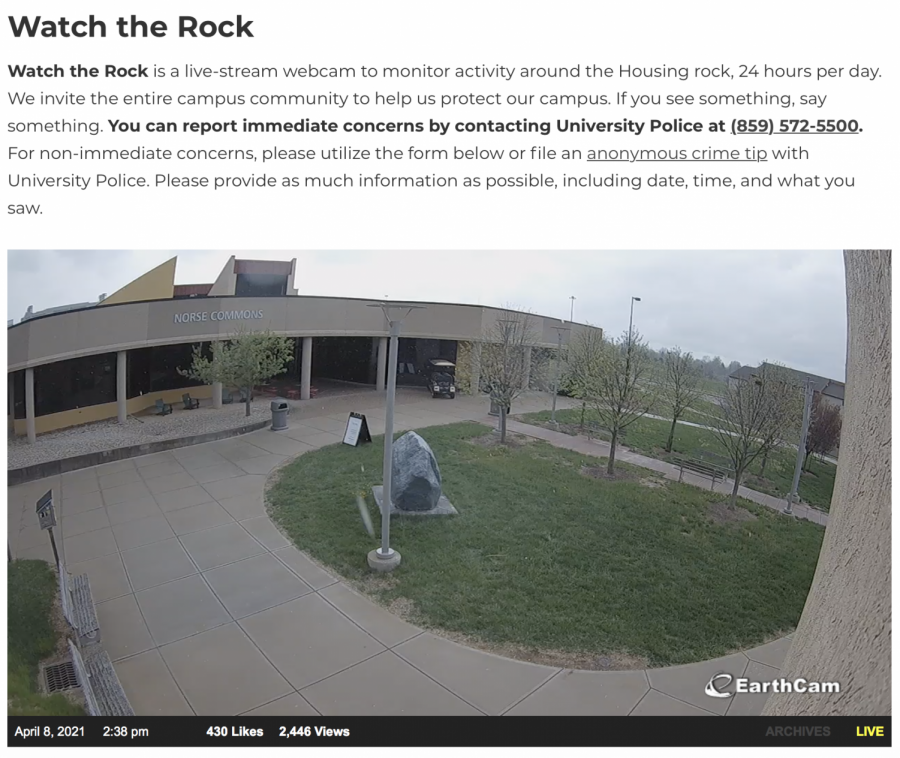 Viewers can report immediate and non-immediate concerns to University Police about suspicious activity near the housing rock.

Campus community members now have access to a livestream webcam of NKU’s housing rock to report any suspicious activity or concerns, Vice President of Student Affairs Dr. Eddie Howard announced in a campus-wide email. The “Watch the Rock” campaign is part of the administration’s efforts to protect the campus.

The rock, positioned near Norse Commons, was canvassed in January and last week by a white supremacist group. According to Howard, this livestream facilitates 24/7 coverage of the rock to discourage similar operations in the future, and administrators invite members of the community to help in the real-time surveillance.

“Please provide as much information as possible, including date, time, and what you saw,” Howard said in the email.