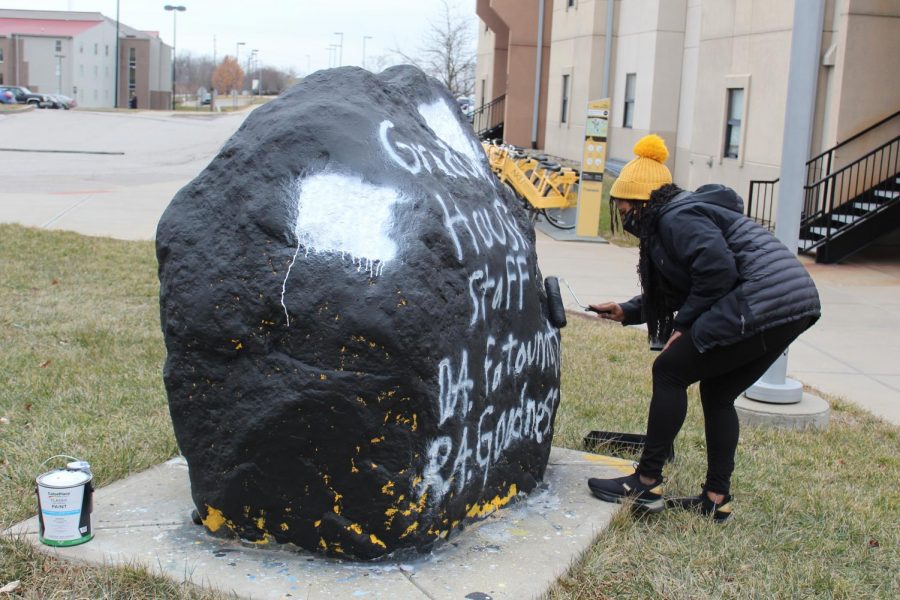 Some stickers read “reject poison” and had a needle in response to the COVID-19 vaccine while others have different messages. The rock in Boothe village was also spraypainted with the logo of the organization. University Housing had covered the logos when our reporter got to the scene.

as if people of color an NKU didnt already feel unsafe, a WHITE SUPREMACIST group is now TAGGING OUR CAMPUS? pic.twitter.com/Cl60QvqvZ1

white supremacist graffiti on the rock at nku today pic.twitter.com/abO4IqD1AM

really proud to be a Jewish woman attending a school that is going to remain silent while this is happening ON OUR CAMPUS https://t.co/gjqSnUnSX7

@nkuedu @nku_sga What do you plan to do about the rise in neonazi messaging being found on campus? Surely this should be dealt with rather than ignored. pic.twitter.com/Z0T4BlVKQT

As an African American student on NKU’s campus… this does not make me feel unsafe. This makes me angry. This makes me disgusted with our campus’ negligence to enforce their “free speech policy” on and around our campus. Lol Norse Up https://t.co/bt50njcGj6

nku president gonna be like “they have a right to their opinion 😌✌🏼# norseup” https://t.co/FkWKitaY7f