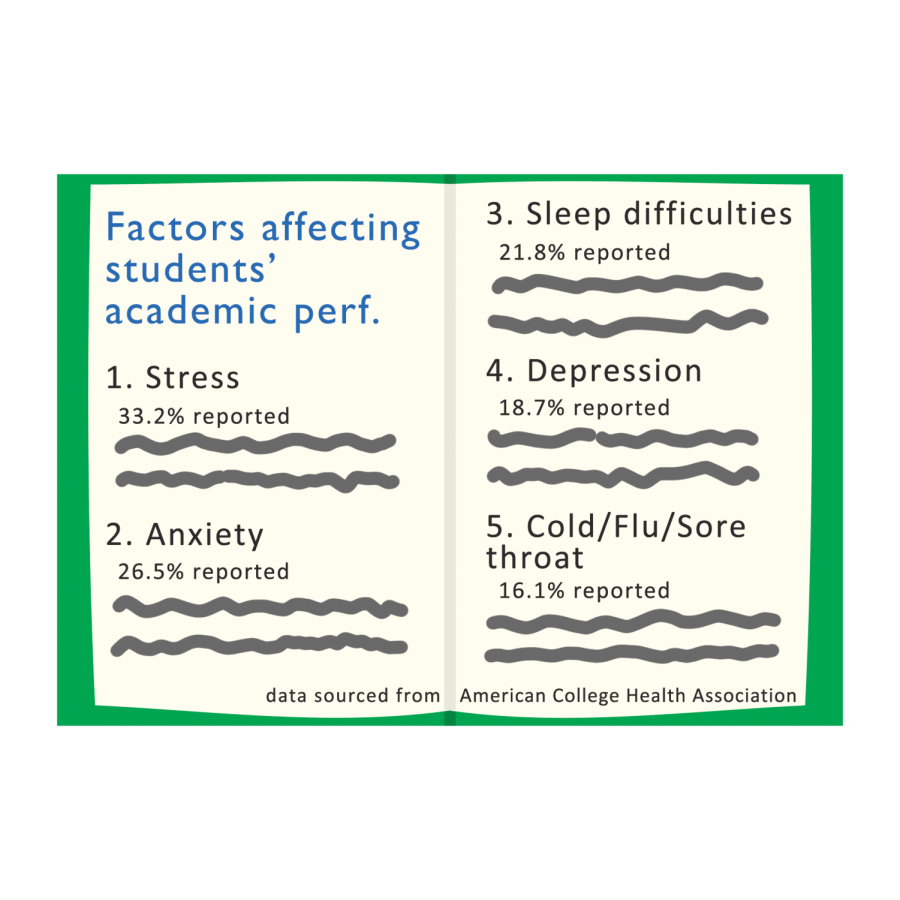 Mental health has become a widespread topic across college campuses.

About one in four students on college campuses struggle with mental health concerns, according to Director of Student Counseling Services Amy Clark.

“That doesn’t mean that they have a mental illness per se they just struggle with things like depression, anxiety, past trauma or current trauma,” Clark said.

In 2016, 52.7% of students said that they felt hopeless and 39.1% said that in the past 12 months they felt so depressed that it was difficult to function, according to a survey by the American College Health Association.

The Jed Foundation, a nonprofit dedicated to protecting emotional health and preventing suicide in teenagers and young adults, has deemed the increase as a Crisis in College Mental Health.

According to Clark, a new possibility for the NKU community is a mental health advisory group that will consist of faculty, staff and students who discuss what services NKU should offer. Clark said she would especially like to see more education and awareness regarding suicide prevention.

Whittney Darnell, assistant professor of communication studies, has partnered with the Campbell County Drug-Free Alliance to train NKU students how to talk to 200 middle school and high school students about mental health.

According to Darnell, the partnership hopes to implement the ACT model (Ask, Care, Tell) which teaches how to be aware of mental health concerns among their peers and how to get help. This allows middle school and high school students the opportunity to learn more about mental health before graduating and pursuing their next steps.

“If you are feeling distressed, it’s okay to ask for help. Everybody needs to ask for help at some point. I think it’s great that there is more attention to mental health and that we’re making it easier for people to get the resources we need,” Darnell said.

Currently, the only program available that is similar to the ACT model is QPR (Question, Persuade, Refer) but it is specifically for suicide.

Clark said she would like to see this concept expand to create similar programs that address training for other mental health topics.

RELATED: ‘Hope in others’: how to talk to others about thoughts of suicide

“I think that it’s important that people are getting more comfortable having those conversations and educating themselves, like people who seek out counseling for mental health aren’t crazy. This is just extra support that a lot of us need,” Clark said.