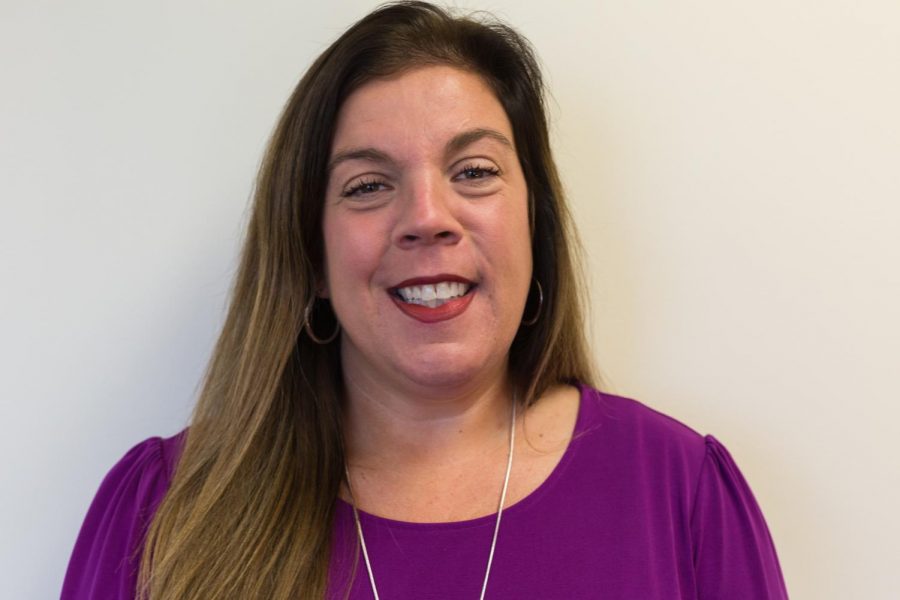 Editor’s Note: The terms counseling and therapy are used interchangeably throughout the story.

Amy Clark realized the importance of therapy as a teenager. Her mother, a clinical social worker, was an advocate for going to therapy and being open about mental health.

Clark said she faced obstacles growing up that a lot of children don’t experience. Clark said she often wondered if she would lose her mom due to medical issues, her parents got a divorce and close family members and friends struggled with their own mental illnesses.

Now, Clark serves as the NKU Director of Counseling at Health, Counseling and Student Wellness (HCSW)—where she uses her passion and love for counseling to help others.

Throughout her life, Clark has been in therapy on-and-off. She said counseling has benefited her personally, and that she’s passionate about it because she knows that it works.

“I see the value in it,” Clark said. “It’s helped me just to be able to process feelings. Things have gone on in my life that I needed help with. I think it’s nice to have someone to go to and have a safe space to talk.”

Even as an adult and counselor herself, Clark still goes to therapy, where she discusses personal matters, professional matters and whatever else is on her heart. She said it’s an opportunity for self-care.

Clark’s favorite thing about counseling isn’t a theory or a concept; she loves connecting with people and building relationships. Clark said she encourages people to bring their true selves to therapy, share their story and own who they are.

“Sometimes, even in counseling, people want to kind of put on a front or might want to try to tell you what they’re supposed to say or what they should say,” Clark said. “But, I think I encourage people just to be real and be vulnerable, which is really difficult at times.”

Clark specializes in relationship and sex therapy, which is something she said people “definitely steer away from,” but something that affects everybody. Clark works with individuals and couples who are struggling with intimacy, learning how to connect or have prior history that makes their relationship more difficult.

She works with clients to process what they’re going through and work through it. Clark said she thinks that sex is over-sexualized in the world, and that some of the meaning, uniqueness and beauty of it is lost.

“I like to bring that back on track, as well. And, help people understand, it’s more than just a behavior, but it’s about the connection and knowing one another,” Clark said.

Clark said if HCSW can get students through the door and get them connected with a therapist, they may see the value in therapy.

“Sometimes it’s just them taking that first step to reach out for counseling,” Clark said. “I think that one of the things that I’m excited about, and that [HCSW] is excited about, is continuing to do more outreach—on campus—specifically so that students, staff and faculty know about our services, what we’re doing.”

She said she hopes this will allow people to see herself, and other therapists, as humans—giving them someone to relate with and talk to.

Clark said that even if an individual feels like their problem isn’t significant, they still can seek help, adding that “there’s no reason not to reach out.”

“I’m not going to say that it’s always easy because it’s not,” Clark said. “You can get into some pretty tough, vulnerable things. But, to me, it helps develop you into a healthier person, if you’re able to process and work through some of those things.”

To schedule an appointment with Health, Counseling and Student Wellness, call (859) 572-5650 or visit University Center 440.