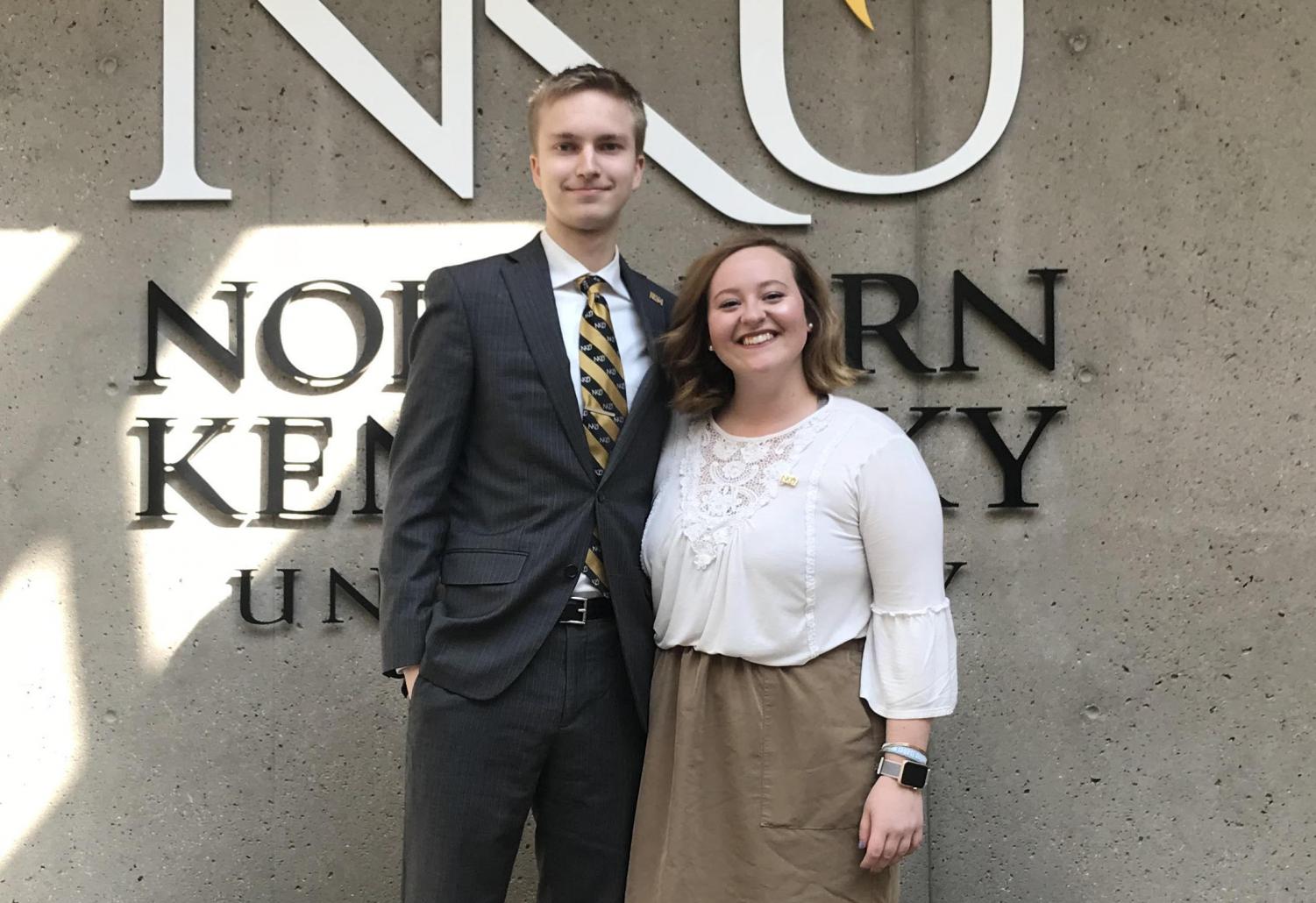 Samantha Marcum and Derek Holden announced their campaign for SGA president on March 12.

With a little over two weeks until the election, a fourth candidate has joined the race for student body president.

Marcum is president of Theta Phi Alpha and works in the Office of New Student Orientation and Parent Programs.

Marcum and Holden said they will run “a no frills campaign” which aims to extend meal swipe hours, pedestrian walkways and community outreach, as well as revise NKU’s tailgate policy to include student input.

Marcum and Holden, who have no SGA experience, said they aim to be “a voice and a face for the students.”

“We are normal, everyday students, and want to bring that into SGA,” they said.

SGA’s presidential election will be March 28-29. Students will be able to cast their votes on OrgSync.

Those interested in running for SGA positions can apply until March 21 here.

Hey everyone! I’m excited to announce that Derek Holden and I will be running for SGA President and Vice President! Stay tuned for more information about our platform and what we stand for. pic.twitter.com/YzF73X6VPr