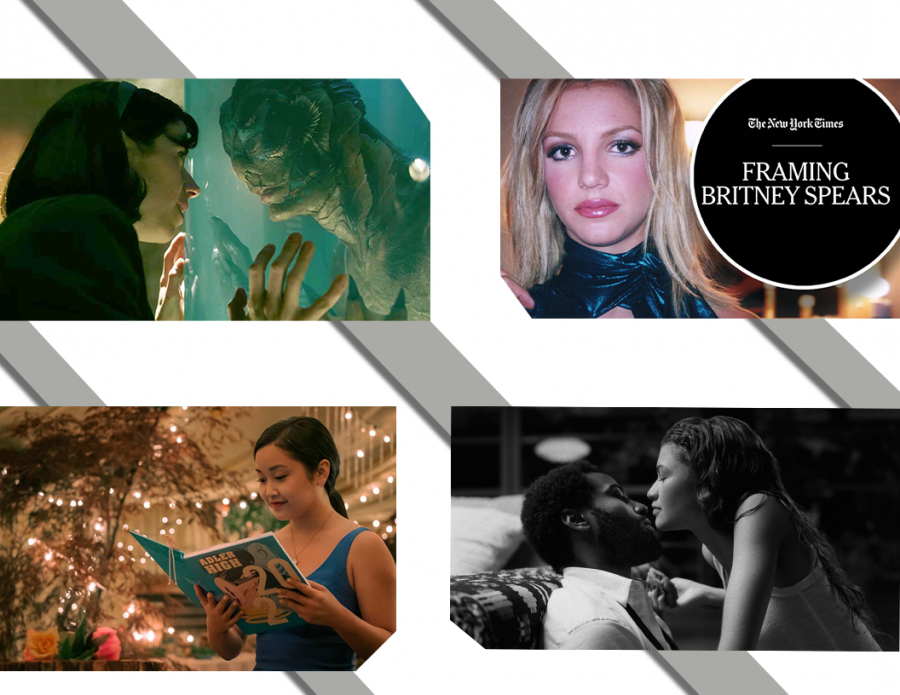 Prepare for the Valentine’s Day movie drop. Streaming services are definitely adding some of your favorite romantic comedies, like To All the Boys: Forever and Always (2021), and other romance movies to their services like The World We Make (2019), Crazy About You (2021). If you’re spending the holiday solo, there still is some solace to be found in additions like Leonardo DiCaprio’s Inception (2010) and Hulu adding Sonic the Hedgehog (2020).

Disney alum Zendaya and John David Washington paint, as Netflix teases, a story about love and not a love story. Malcolm, played by Washington, is a director. On the night of the release of his newest movie, he and his girlfriend Marie, Zendaya, examine the highs and lows of their relationship as they await the critics’ response to the film. The film came as Zendaya and Levinson were in the middle of a COVID-19 induced hiatus on their HBO Show “Euphoria.” While the movie was filmed during the COVID-19 pandemic, the crew did take proper precautions to produce this film. The film hits screens on Feb. 5, but eager fans can head to Cinemark Oakley start Jan. 28 to view it before the digital release.

In the third and final installment of the love letter movie series, Lara (Lana Condor) is a senior wondering what life after high school will look like with her family and, of course, her boyfriend Peter. The couple plans to go to Stanford together yet, after a trip to New York, she questions if the city is better for her than the west coast. Join the couple as they visit all of their (and our) favorite spots throughout the town and think about what lies ahead of them after graduation. Cuddle up with your partner and watch the ending to one of the most iconic love series in the last few years.

Two of the biggest horror movies of the last decade hit streaming at the end of the month. The two movies, made in 2013 and 2016 respectively, make it just in time to help viewers reminisce before the third movie drops in June after being delayed due to COVID-19. The first follows a Rhode Island paranormal investigator couple in the 1970s and the other a haunting in London. The two movies broke numerous records for the franchise and horror industry. Be sure to get a scare in even if you’re spending some alone time this holiday.

As fans and viewers were tweeting and watching the #FreeBritney movement unfold this past year, The New York Times did some investigative journalism into the life of Britney Spears for their somewhat monthly tv series. The New York Times Presents is a series of documentaries covering modern-day stories like the killing of Breonna Taylor, doctors working during COVID-19 and the Australian fires. For those unfamiliar with the Britney Spears case, many fans began to believe the pop star was in danger after seeing social media posts and videos of the star who has been living a highly controlled life since the late 2000s. The documentary goes into Spears’ climb to fame and her downfall with interviews from those close to Spears.

If you’re a long-time reader of The Northerner, it would be criminal if I didn’t mention this addition to Hulu’s catalog. The film has broken numerous records on our website and the movie was very deserving. The sci-fi romantic drama follows a woman as she meets a humanoid and they begin forming a close bond. The Northerner alum Jude Noel wrote in his review of the 2017 film, “The Shape of Water is a compressed gelatin mold worth of fragmented ideas and sub-plots, reflecting the mindset of a country nearing an identity crisis: it’s a film that isn’t sure whether it’s a cosmic horror flick, a comedy, a romance, a fun little caper or an espionage adventure.” In need of a good romance film for the holiday weekend? Be sure to watch this film.