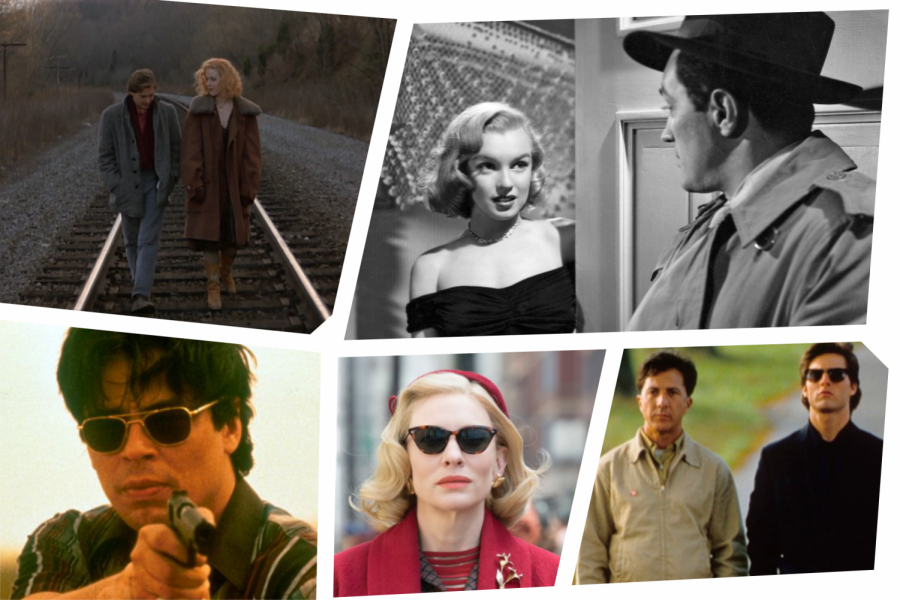 Professors on their favorite Cincinnati films

Cincinnati has been home to a growing amount of critically acclaimed films this past decade. Most notably is Todd Haynes’ 2015 indie darling “Carol” starring Rooney Mara (The Social Network, The Girl with the Dragon Tattoo) and Cate Blanchett as two star-crossed lovers, featuring Cincinnati as a stand-in for 1950s New York City. “Carol” has consistently found itself in the top 10 of many outlets’ best films of the decade lists, such as IndieWire and Vanity Fair. Slate called it “the best movie of 2015, if not the decade.”

Joining “Carol” in many of those best of the decade lists is Yorgos Lanthimos’ 2017 psychological thriller “The Killing of a Sacred Deer.” Set in modern-day Cincinnati, it stars Colin Farrell as an acclaimed cardiovascular surgeon at The Christ Hospital and Nicole Kidman as his wife as they both battle an unsettling fatherless teen who intrudes into their lives, played by Bary Keoghan (Dunkirk, Chernobyl).

Other recent films that showcase the Greater Cincinnati area on the silver screen are Robert Redford’s 2018 swan song “The Old Man & The Gun,” based on the true story of Forrest Tucker—a notorious escapee and heistman that enthralled the public with his indiscreet robberies throughout the late 1970s and early 1980s, and Emilio Estevez’s “The Public,” which mostly takes place entirely within downtown’s main public library as Cincinnati’s homeless population seeks shelter from a snow storm.

“My pick is an easy one: the brat pack non-classic “Fresh Horses” from 1988. It’s got it all: Molly Ringwald; local cultural stereotypes (she’s lower class and from Kentucky! He’s a child of privilege from Indian Hill!); and ‘80s soundtrack. And lots of great area location shots.”

“My favorite Cincinnati movie is a film noir! “The Asphalt Jungle,” directed by John Huston in 1950, opens with a shot of the Roebling bridge. The film is set in an unnamed Midwestern city, but shots of the bridge, Carew Tower, and the old riverfront tell us it’s Cincinnati. There is also a scene at the end that nods to Cincinnati’s German immigrants. The film ends with a poignant scene from a horse farm in Kentucky.”

“I would have to say that my favorite Cincinnati movie is “Traffic.” I think one of the main reasons is that I love Benicio del Toro and back in the day, when she was doing more movies, I was also a fan of Catherine Zeta-Jones. But it is also a sad and engaging story that gave us another view of the “war on drugs.””

“I’d probably go with “Rain Man” as my favorite. I love Barry Levinson’s light touch, aesthetic and how he deals with relationships, character and story. And this movie is one of his best. But “Traffic” and “The Old Man & The Gun” and “Ides of March” are also all quite good. I expect that I would like “Carol” and “The Public” but I haven’t seen them, even though we own copies. There is just so much good media out there, and good movies made in Cincinnati! I expect I’ll be adding “Dark Waters” to that list.”

“Favorite movie for the movie itself was probably “Traffic.” Favorite “filming” of a movie … “Carol” or “Ides of March.” It was fun hearing about Clooney and Gosling sightings all around town, and super cool to see our student’s names in the credits of “Carol.””

“I think my favorite movie shot in the Cincinnati area is probably going to be a film called “Chilluminati.”  It was a movie produced and directed by Mark Borison, one of our NKU alumni, and it killed at the 48-hour film competition a year or so ago. It also featured the talents of a lot of our grads.”