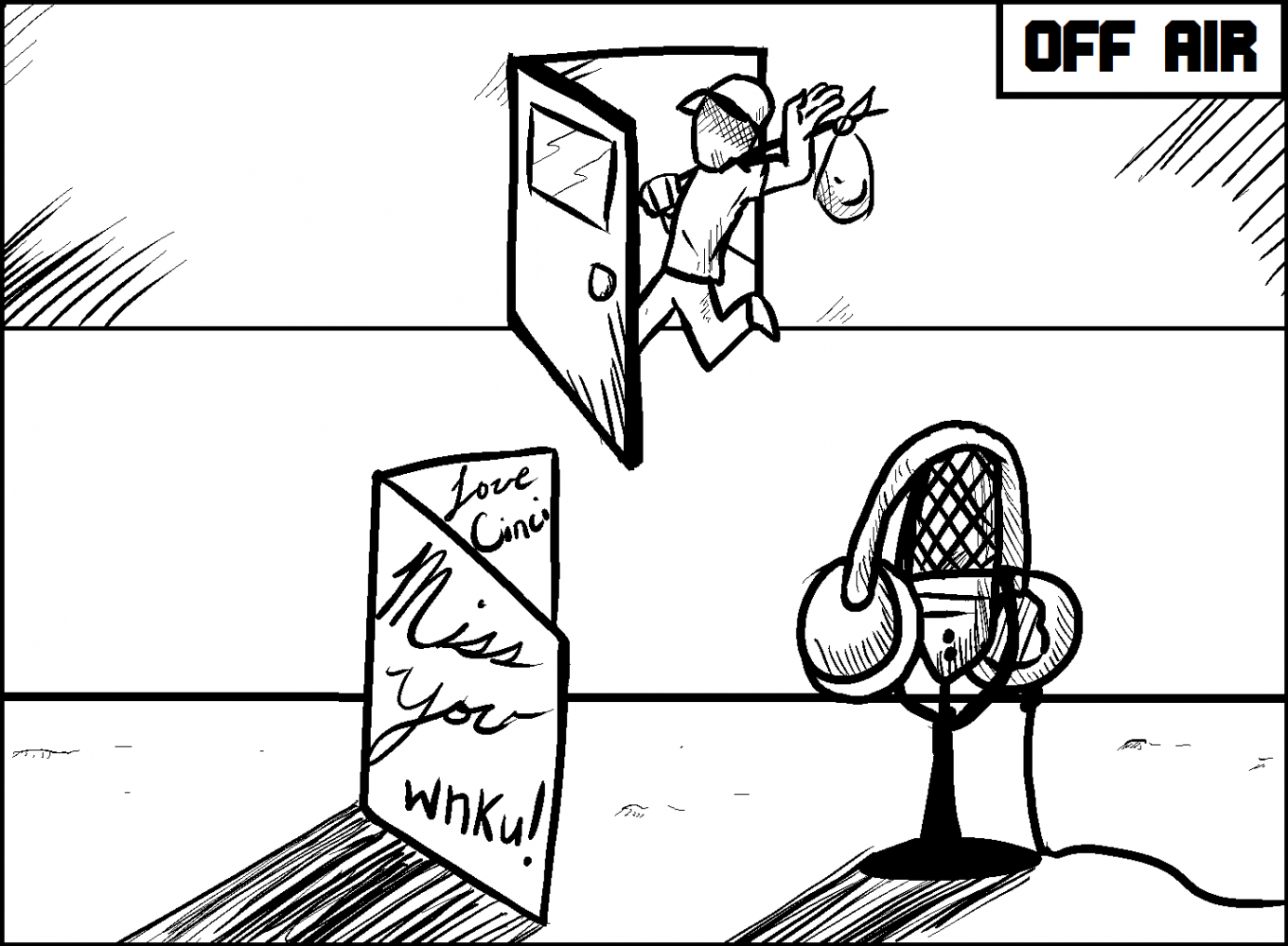 The loss of local, independent radio is insurmountable not only for the Greater Cincinnati music scene but for voices in the community as well.  I credit my initial love of music to the independent radio I grew up with, Louisville’s WFPK 91.9.

Sliding into my mother’s gray Dodge caravan in my elementary years, I’d reach my hand forward to turn the knob until 91.9 crackled through the speakers. In a way, radio serves as a backdrop to my childhood nostalgia: a scene of myself cranking down the window with my forearm resting against the outer edge all soundtracked to warm, fuzzy radio tunes joined by a breeze and the chatter of my parents’ voices.

Though I didn’t grow up in Louisville–but rather in Shelby County, about 25 minutes away–WFPK instilled a sense of local pride in me from a young age.

My friends and I would go to Waterfront Wednesday, a free concert series sponsored by 91.9, and sprawl out over a picnic blanket. For Louisvillians, the annual series feels like home. We’d walk down the riverfront as the sun oozed into the horizon and indigo permeated the sky. Music would settle through the crowd and each time–depending on the artist’s sound–would produce a unique atmosphere, manifesting a sense of belonging.

Just a year ago, at Midpoint Music Festival (in which WNKU has been one of the sponsors) this same sense came to me, but the riverfront was replaced by a pastel city skyline. In both of these emotional equations, independent radio (though often overlooked) serves as a platform for artists to be heard and for community members to further understand messages from a diverse pool of artists.

The intimacy of radio–be it in the car or from headphones–gave me an outlet to hear the unexpected. Some of my favorite music was found listening to 91.9. Without it, I don’t know if I would have ever found a hobby in discovering new music. When I entered college, I eventually joined Norse Code Radio, an online station at NKU.

Local radio has the power to stitch together a community. Without, those same communities are left more fragmented.

As an English (and journalism) major, sometimes I would slide into a bench near the WNKU station located in Landrum Hall just to listen to their broadcasting; music hovered over the halls while reaching passer-bys. In a simple way, it made life feel a bit easier in stressful times. Living in Greater Cincinnati for three years now, I’ve seen what 91.9 did for me reflected in what 89.7 has done for this area. The comparison grew when the president of Louisville Public Media, Michael Skoler, released an open letter in May stating they were disappointed in the university’s decision to sell it, as they had made their own offer to purchase WNKU.

If LPM was able to buy the station, the future of Greater Cincinnati’s local music scene wouldn’t feel nearly as uncertain.

For many, it’s been a lifelong platform that has allowed them to feel a part of something larger. In a world that’s become increasingly globalized, local publications, art, talent and voices are what make communities–large and small–feel unique. It’s part of what ties neighbors together.

But, I have hope. When communities feel loss, they find ways to fill in the spaces left.

Listen to WNKU’s continuing online stream here. Or feel like a Louisvillian with a listen to WFPK.