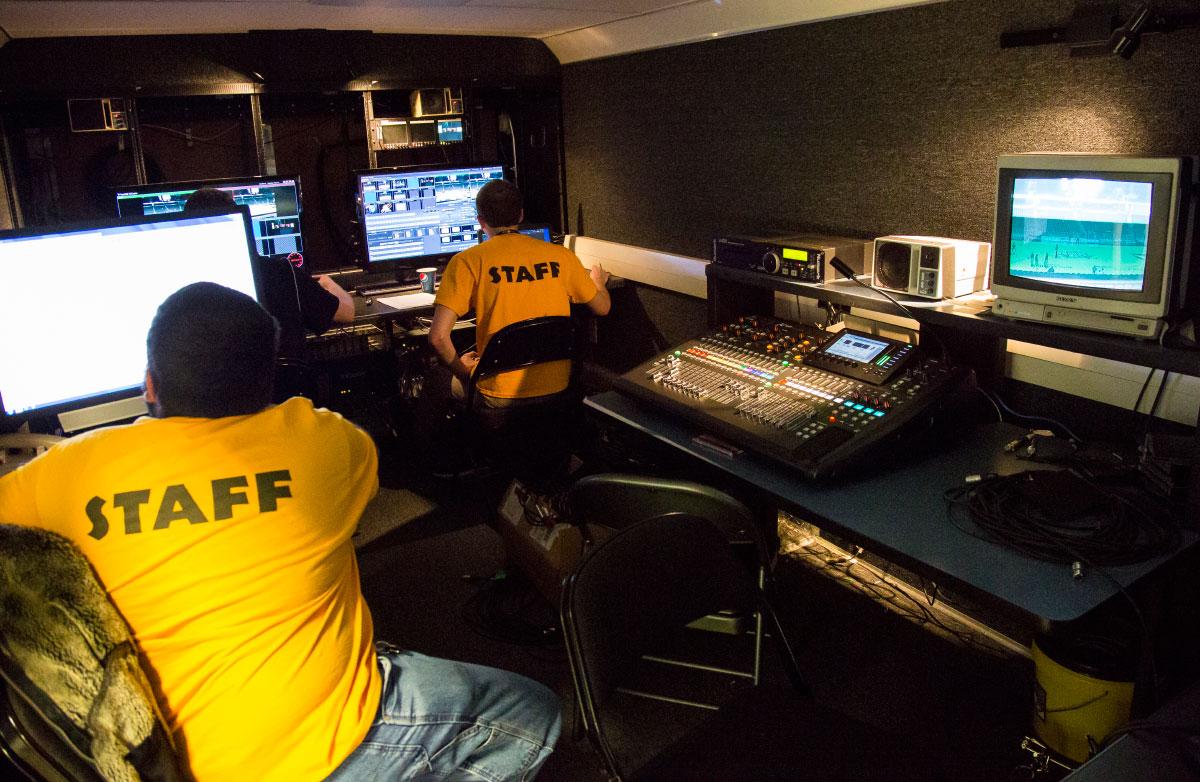 Since joining the Atlantic Sun Conference, NKU has to abide by and enhance technological innovations within athletics to comply with the standards set for a Division I institution.

One of the biggest changes that the athletics department has implemented, and is still in the process of, is streaming live footage, not only online but through ESPN3. The A-Sun has an agreement with ESPN and the two are working close with each other to get all of A-Sun institutions capable of achieving this.

Video | 2:35
Doug Wells, director of IT infrastructure and operations group, discusses the importance of technology within athletics, particularly at NKU.

NKU Athletic Director Ken Bothof highlighted the NCAA tournament as a prime example of why it’s important for mobile technology and video to be adapted for athletics.

“If you’re active at all during the time frame of the tournament, you’ll be able to get that content on the go with iPads, iPhones, streaming devices,” Bothof said. “People like quick hitting video content often times as well. I’m hopeful with this push, we’ll be able to provide real stories about our athletics department, coaches, student-athletes and our programs.”

Through this transition, the video footage has to improve as does the equipment being used to film. According to Doug Wells, director of IT infrastructure and operations group, NKU fans want to be able to access games though many outlets.

Since the athletics program is Division I, the athletics department has to film and stream 60 games per A-Sun regulations. During the first season, NKU fell a few games below that, but according to Wells, this year it will probably surpass that.

Before NKU was Division I, Wells said they did 20 games at the most. Now they are expanding to more sports, including tennis.

But video isn’t the only thing that’s important for fans to see in Division I.

“It’s going to be the ability for the fans to get access to the teams and scores,” Wells said. “And also the fact that we will be able to stream games and access games through ESPN has been affecting NKU the most.”

Along with that, the NKU application for IOS and Android highlights athletics and allows you easy access to the website containing stories, events and results while also allowing the user access to a photo gallery.

The athletics program has also began paperless initiatives where it has slowly stopped passing out game updates to the press on paper but instead using computer monitors to do that.