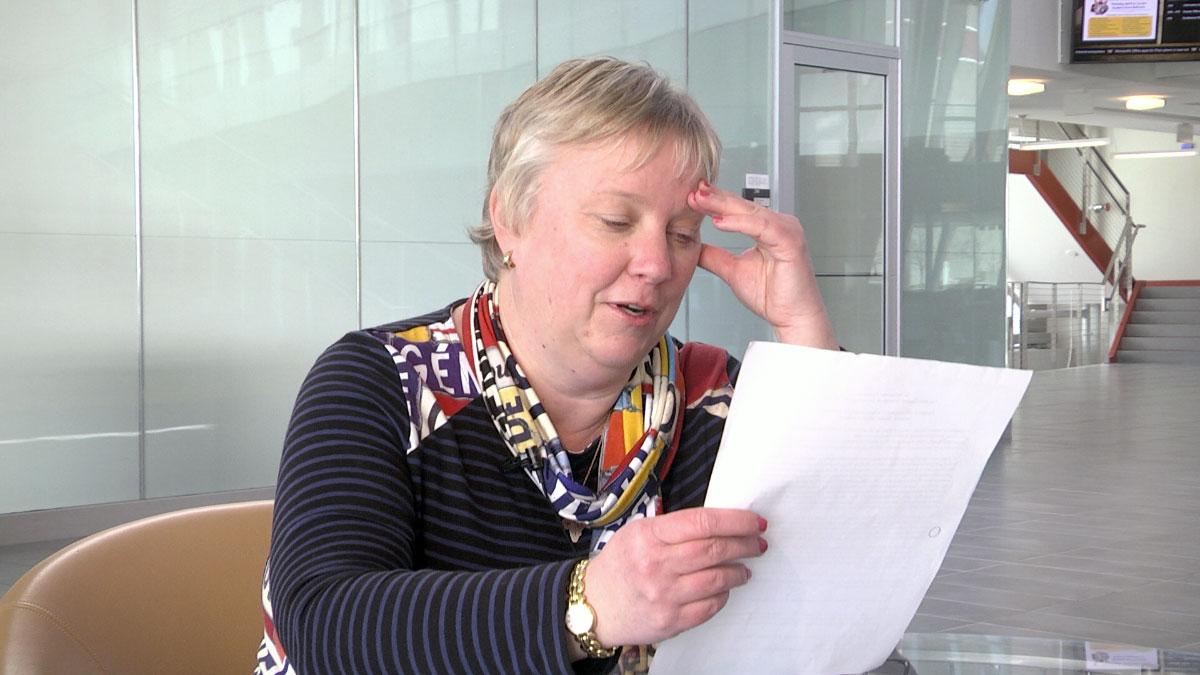 A professor of English received a $59,924 grant from the National Endowment for the Humanities to fund her project that ties medieval literature with modern day digital elements.

The money will be used to hire an artist, a 3D modeler, and an expert in augmented reality to program an app for the project, according to O’Callaghan.

“There has been considerable enthusiasm from students, the university administration and from just ordinary people from outside the university who have seen an early prototype of The Augmented Palimpsest project,” O’Callaghan said. “However, for us to have a mature tool for students and teachers to use, we need to create 3D models that will allow students to see, for example, the Canterbury Cathedral.”

O’Callaghan said she teaches a course in a learning community that features those elements as well.

The course was first conceived when the Dean of the College of Informatics said he was looking for faculty members who wanted to pair with another course, INF 128, O’Callaghan said, adding that INF 128 is a course that examines and teaches basic programming skills.

The project utilizes existing apps such as Daquri and Aurasma, which are both free to download, according to O’Callaghan.

“In order to access digital enhancements on the page that have been embedded in fiducials, you have to use some sort of app,” O’Callaghan said. “For the project I’m working on, we’re using apps that already exist for augmented reality.”

According to O’Callaghan, the project uses augmented reality, which is a live view of the visual world that has been changed by computer-generated sounds or visual effects. O’Callaghan believes that students can better grasp a piece of literature through this method.

“Allowing students to use augmented reality as an enhancement for a printed page brings the best of the digital and print worlds together,” O’Callaghan said. “Students are able to still maintain a very real connection with the text in terms of being able to hold on to a piece of paper, but at the same time remain focused on the actual printed page in front of them and by bringing out the smart devices, they can have all the benefits a digital environment can give them by accessing those digital enhancements.”

“It brings fields of discipline from history, to art, to literature, technology,” Detmer-Goebel said. “That’s exciting transdisciplinary work I think our students will be excited by as well as our faculty.”