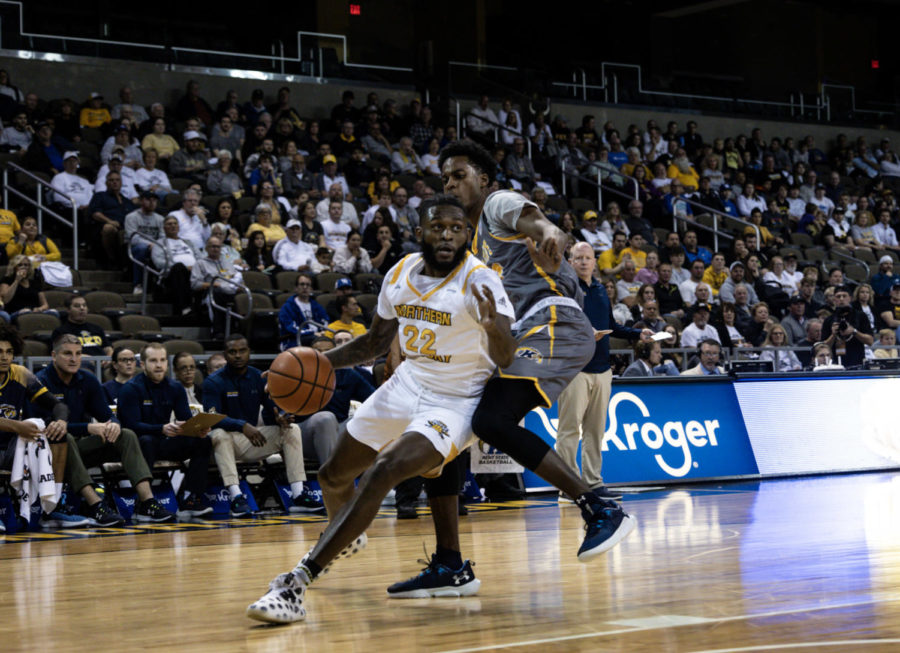 As he was walking off the court for what could’ve been the final time in his college basketball career back in March, Trevon Faulkner took in the emotion of the scene.

After losing out on a Horizon League championship and a ticket to March Madness, Faulkner saw the dejection on his teammates’ faces after their year’s hard work had been cut short in grueling fashion following a squandered 16-point lead in the second half against Wright State. He decided that he didn’t want his college career to end in that manner, and a couple of weeks later he would announce his return to the NKU men’s basketball program, selecting to utilize his fifth-year eligibility clause granted to student athletes following the COVID-19 pandemic.

“After losing that game and competing with my team, I saw how it affected us all in that moment, and I think it really had a big part in me coming back,” Faulkner said of the experience. “I didn’t like that feeling, and I want to get back to the championship and prove people wrong.”

The guard from Harrodsburg, KY has proven himself more than worthy of that noble quest during his time at NKU, averaging 10.8 points and 3.8 rebounds per game across his career with the Norse. He has also surpassed the 1,000-point mark on his college career, currently sitting at 14th all-time in program history, earned his second consecutive nomination to the Horizon League’s all-tournament team and is six starts away from setting the program record for starts in his career.

Other than the accolades he’s obtained, Faulkner’s return has another significance. After losing forward Adrian Nelson to the transfer portal, Faulkner became the sole fifth-year player who has spent his entire career at NKU, giving him a unique leadership role. He commented on the lessons he learned from the Horizon League title game loss.

“We need to be more poised in that type of moment, and as a leader I need to be able to speak up and calm the team down and go back to what we’ve been working on,” Faulkner said. “All of us freaked out in that moment, so just being poised and knowing that we’ve put the work in to get it done.”

On basketball media day, Faulkner said that his biggest objective on the floor is to provide opportunities for teammates and Horizon League all-conference selections Sam Vinson and Marques Warrick to score whenever possible and win by whatever means necessary.

Faulkner also said that this year’s squad is one of the more talented teams he’s been a part of during his time with the Norse, and one of the more talented players that was brought in over the offseason was fifth-year transfer Xavier Rhodes, a point guard from Florida Southern College. He gave praise to Rhodes’ athletic ability and speed, saying that his unselfishness adds a lot to the team’s dynamic.

“He brings speed, he’s fast and he’s very confident in himself,” Faulkner said. “I’m very excited to play with him. He gets in the paint any time he wants to, and he makes plays for others.”

Faulkner not only takes up the mantle of a large leadership role for this team, but he also has the opportunity to be an avenger for last year’s failure down the stretch to seal the deal and end his college basketball career on a good note.