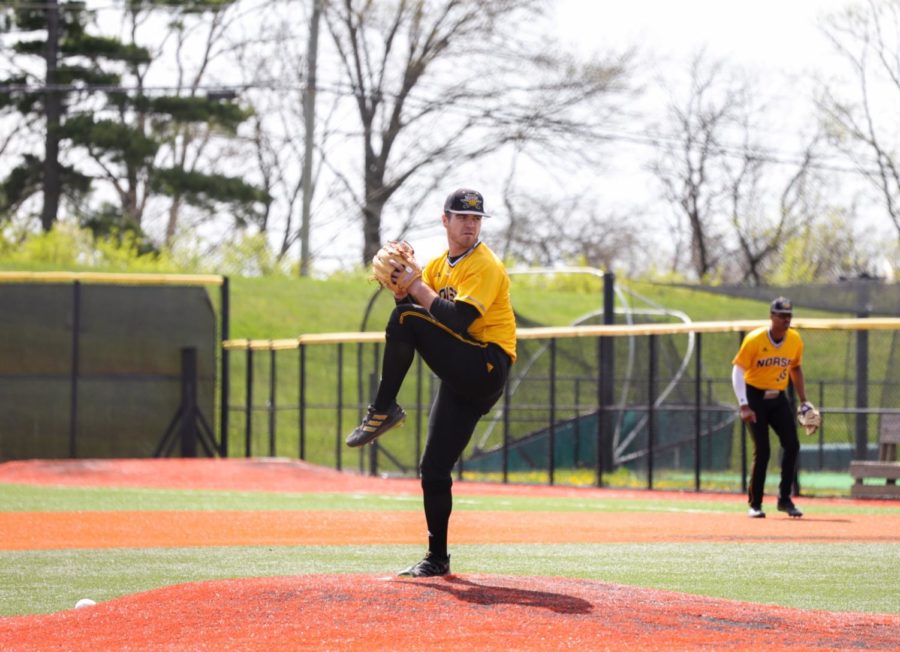 In what was originally planned to be the first game of a doubleheader, the NKU baseball team dropped a seven-inning affair with the Milwaukee Panthers by a score of 6-5.

The Panthers forced the Norse on their heels early by getting to starter Kyle Klingenbeck in the top of the first as left fielder Matt Seidel would walk to begin the game, followed by a double by second baseman Mark Connelly to place two runners in scoring position. Third baseman Aaron Chapman would hit a sacrifice fly into center field to score Seidel, with the big blow of the inning coming via a two-run home run by first baseman Nate DeYoung. Klingenbeck would finish the inning by recording consecutive strikeouts.

After a quiet first, the Norse would respond in the bottom of the second starting with a walk by Ryan Glass, who would advance to second on a wild pitch and then come around to score on a throwing error by Milwaukee catcher Jack Thelen. With one out in the inning John Odom would step up to launch a double to center, with Michael Hall poking a single through the right side to bring Odom around. Hall would move up another 90 feet on a single by Brandon Tucker in the next at-bat and would score on – you guessed it – another single by Manny Vorhees to tie the game at three.

Milwaukee would take back the lead in the top half of the third when with one out and a runner on, DeYoung hit a towering shot to deep center field that cleared the wall for a two-run homer. But the Norse would continue their short and sweet approach in the bottom half, getting runners on base with singles from Noah Fisher and Glass. After a wild pitch would move the two to second and third respectively, John Odom would launch one of his two doubles on the day down the right field line to score the pair and knot things back up at five.

Both offenses would go simmer down for the fourth, but the Panthers would retake the lead in the fifth when with a runner on third and Bryson Lonsbury on to pitch for Klingenbeck, Milwaukee shortstop Mitchell Buban would sacrifice himself on a bunt back to the mound to score the go-ahead run for the Panthers. The Norse had an opportunity in the seventh to tie the game again with pinch-runner Griffin Kain on third with two outs, but A.J. Blubaugh would close the game out for Milwaukee.

“I thought we got a lot of cues early on, and then late, we squared up a guy who, even up until his last pitch, was throwing 97 miles per hour,” Peyton said.

NKU was unable to get revenge later in the day, as rain prevented the second game of a scheduled twin set between the Norse and the Panthers to occur.

The Norse have another doubleheader scheduled for Saturday as they take on the UIC Flames to conclude their homestand. The first game is set for noon with the second game scheduled to follow at 3 p.m.