Baseball Preview: Dizzy Peyton takes the helm as NKU hones in on 2022 season

Baseball team will play their first home game on March 1 vs. Butler 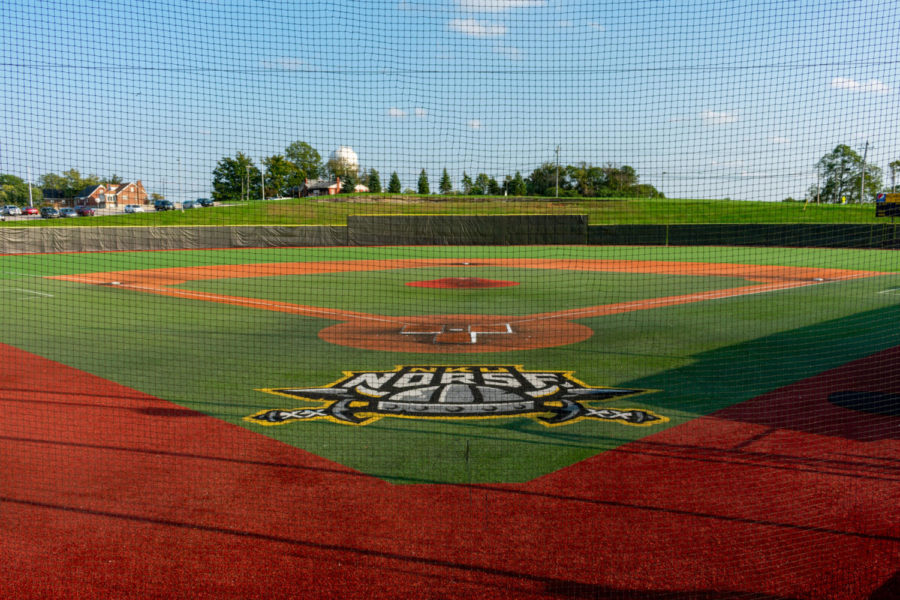 In college sports, change is inevitable, and a lot of changes were made to the NKU baseball program over the course of this past offseason.

The first change that was announced for the 2022 season was the retirement of former head coach Todd Asalon and the promotion of bench coach Dizzy Peyton to take his place. Peyton, who had spent 17 years in the program before the move, takes the reins of a Division I program for the first time. He also brought in assistants Hunter Losekamp and Steve Dintaman to round out the staff.

“It’s a great honor,” Peyton said of the move. “I knew Coach Aker and I played for and spent a lot of time with Coach Asalon. To carry on what they began as a legacy is a great honor.”

With a changing of the guard comes a change in mindset, as Peyton says his focus for his team this year is trying to get them to focus on the mental aspect of the game.

“We’re really trying to be more of a process-oriented team in order to build a really good foundation for the future and what’s to come,” Peyton said.

Another change that was made was the hiring of former nine-year Major League Baseball veteran reliever Nate Jones as the program’s Director of Player Development. Peyton had previously coached Jones during the latter’s career at NKU, with the two building a rapport before Jones was selected in the fifth round of the 2007 MLB Draft by the Chicago White Sox.

“The move means a lot to our program,” Peyton said. “I’ve always been friends with him and he’s been a huge supporter of the program.”

The program also faced some tough changes in losses of personnel, however, with the losses of key seniors Billy Marion, Andrew Bacon, and Griffin Doersching. None of the departures were felt more throughout the program than that of Doersching, who departed for Oklahoma State in the offseason. He was named as an All-Horizon League Team member in 2018 and 2021 and won the 2019 College Home Run Derby.

Sophomore pitcher Ben Gerl acknowledged the huge hole that Doersching’s departure left for the Norse, but also notes that it could make the team even better and more balanced in the long run.

“He’s a generational guy, and you only get one of those only every so often,” Gerl said, “But I feel like we’re a much more better-rounded offense now because we don’t have that guy that we can fall back on. The one-through-nine guys need to step up if you want to produce, and as the season goes on, I think you’ll see guys willing to step up and take that role.”

What the Norse still have is experience, though; Opening Day starter Kyle Klingenbeck and senior reliever Nick Noble are a pair of upper-classmen with reliable arms that are able to eat innings. Although listed as an infielder, junior Treyvin Moss has already made some appearances in the outfield and is a solid bat at the top of the lineup, and senior Jayden Wakeham is coming off of career-highs in average, home runs, and runs batted in last year.

They’ll also be looking for some underclassmen to step up over the course of the season, with Gerl looking to improve on his freshman campaign in which he posted a 6.41 ERA over 13 starts.

The Norse also have some of their own transfers coming in to make an impact on the program. Sophomore outfielder Brandon Tucker from Western Kentucky looks to have an impact for seasons to come, and infielders Ryan Glass and Manny Vorhees from Georgia State and Ohio Dominican respectively bring a line of experience to the table.

With the season underway, the Norse are already looking towards some tough challenges early on in the season with a series against the defending College World Series champion Mississippi State Bulldogs on the road this weekend. Gerl said that the team knows what they’re up against, but the team looks to shock the nation despite the odds.

“We have absolutely nothing to lose, and those are the most dangerous teams,” Gerl said. “If our guys understand that and play with no fear of failure… then I have the feeling that we have the opportunity to open some eyes around the country.”

As for opponents inside the Horizon League, Peyton mentioned that the Norse have their eyes set on the defending conference champion Wright State, who made a run towards the College World Series last year before being knocked off by the University of Tennessee in the Knoxville Regional.

“Wright State is always a big one, especially with the proximity, and it’s a school that you definitely want to knock off the pedestal,” Peyton said.

The Norse started a three-game set on Friday against MSU, which will continue throughout the weekend with games at 3 p.m. on Saturday and 2 p.m. on Sunday. The games can be seen on SEC Network+.