Miranda Wucherer and Noah Richardson are two of many NKU students benefitting from the decision. 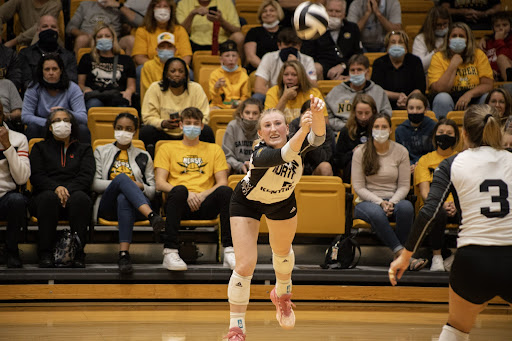 One of the most controversial subject matters around college sports has always been the matter of the amateur status of the athletes and the possibility of “pay-for-play” programs to give them their own cut of the cash cow that is college athletics.

Meanwhile, the NCAA has traditionally pushed back against the notion, citing the fairness and integrity of competition that they wish to uphold, and that athletes aren’t employees and aren’t able to form the unions necessary to get licensing deals from outside sponsors.

It’s made life for recruiters at smaller institutions like NKU a lot harder. Without the TV time, media coverage, and notoriety that teams in the Power Five conferences get, it’s been quite the challenge to attract top-tier talent and players that slip through the cracks of those schools.

However, this summer seemed to be a turning point as they seem to have made major headway into opening up monetary benefits for student athletes across the board.

On July 1, the NCAA released a statement declaring that all three divisions of the NCAA suspended all name, image, and likeness policies for current and incoming student athletes. This allows individuals to “engage in NIL activities that are consistent with the law of the state where the school is located,” including accepting compensation from outside organizations and hiring agents to assist them in navigating these waters.

This is huge for student athletes, mainly because it allows them to reap the benefits of their hard work and dedication in representing a postsecondary institution and get their name out to a bigger audience, while not risking a professional career.

As NKU senior volleyball player and compliance department assistant Miranda Wucherer stated, it is an important step in allowing athletes to balance the long hours of being a college athlete while earning benefits for their future.

“With this revision, it gives us opportunities to go out and benefit from things we like to be involved in,” Wucherer said. “It gives us a reason to stay in college and not try to jump into the pros while opening up doors we’ve never had access to before.”

However, with these new rules, there’s a catch: the executive order signed by Kentucky Governor Andy Beshear on June 24 draws a line in the sand in terms of financial implications.

Michael Gray, the NKU athletic department’s Director for Compliance, mentioned the five percent tax income rate as something student athletes need to be aware of and referenced the big deals that athletes at other schools have received.

“Some of the things we try to keep the athletes educated on are the financial implications,” Gray said. “When you start getting more and more, like getting a Porsche, you owe tax on the value of that Porsche.”

Even with these obstacles, senior baseball player and leader on the Student-Athlete Advisory Committee Noah Richardson suggested that these obstacles allow individuals to navigate financial literacy and gain real-world business experience outside of school.

“I think it’s a really good start with marketing, since you have to market yourself,” Richardson said. “It helps you understand how business works. You can figure out how to take your experience and turn it into something more positive and make it bigger.”

So far, the NCAA’s new NIL rulings have gone off without a hitch, giving student athletes a chance to earn benefits and experience real-world business opportunities while continuing their athletic and college careers. Only time will tell how it affects NKU athletics and college sports as a whole.