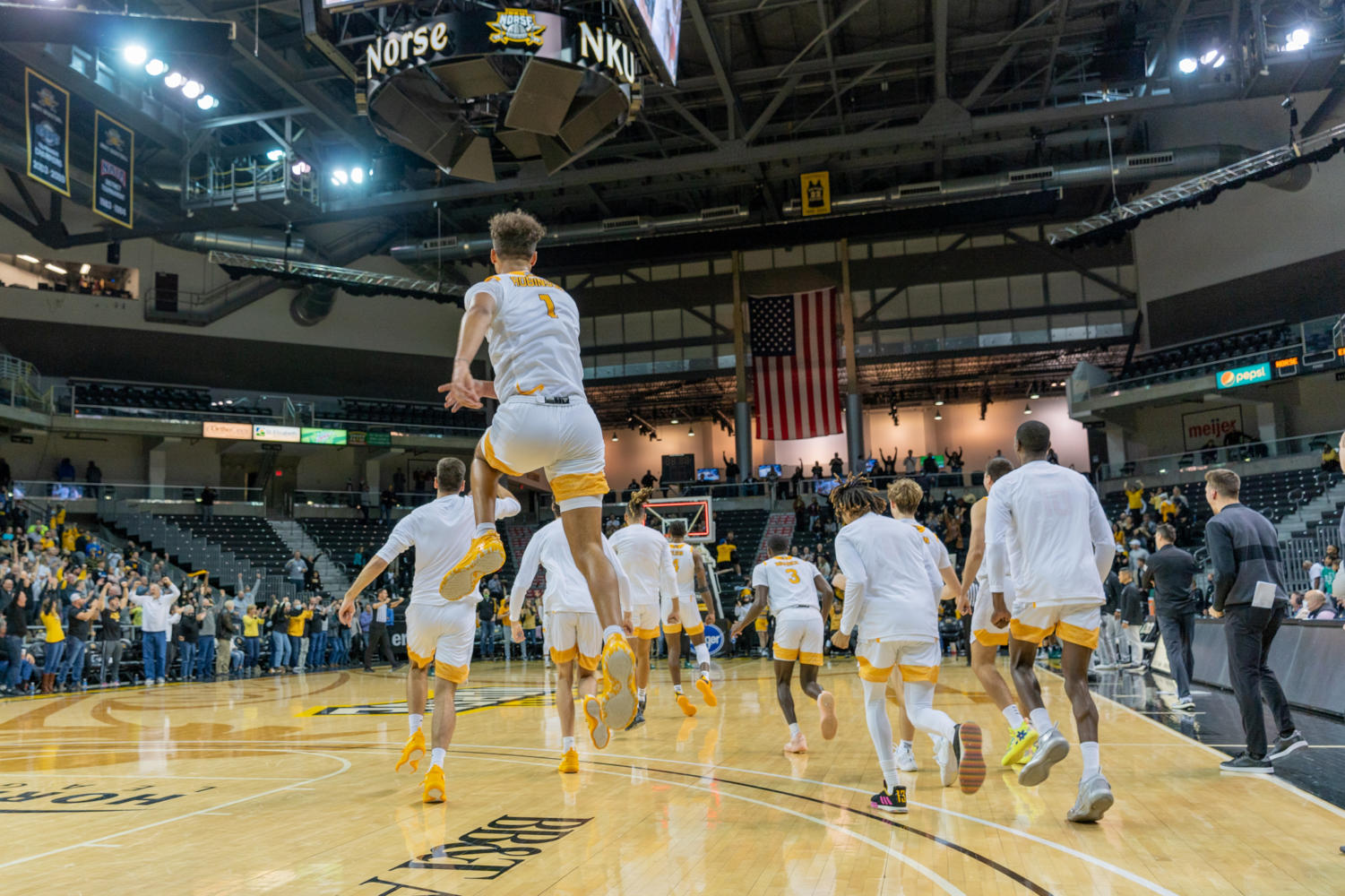 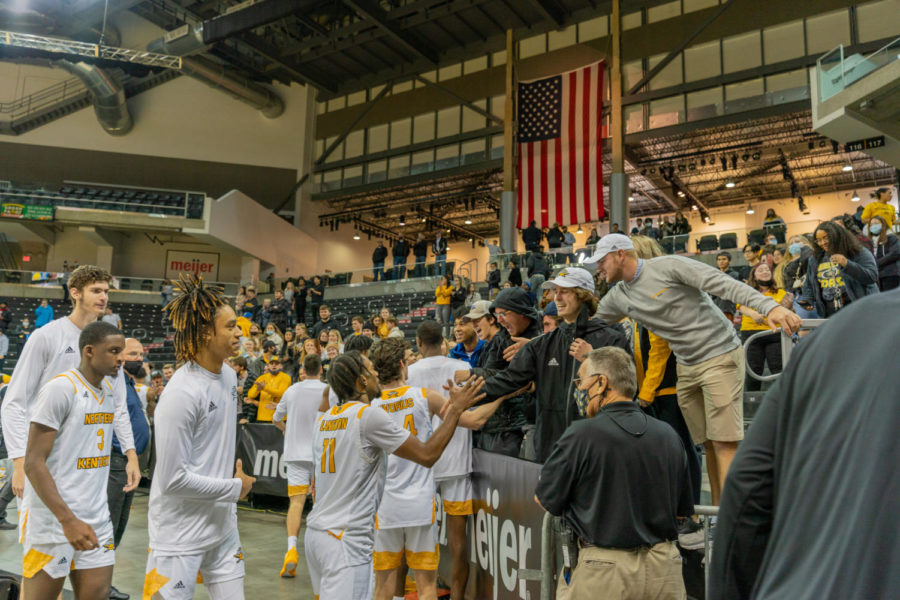 In a game where they trailed by 11 at the half, the Norse men’s basketball team was able to bounce back and set up a go-ahead layup by senior guard Bryson Langdon with seven seconds remaining to put a cap on a 74-73 victory over the Eagles of Eastern Michigan University. The nail-biting win propels NKU to a 2-1 record on the year following a tough overtime loss against UNC Greensboro last week.

Coming off the bench, Langdon would score just six points, but he had a huge impact on defense and added five rebounds and four assists.

“I saw there was 10 seconds left, and I just knew I had to go up and make a play, whether it’s for myself or my teammates,” Langdon said of his late-game heroics. “I just saw an opening and I took advantage.”

It wasn’t the first time Langdon has bailed the Norse out over the course of his career. Head coach Darrin Horn spoke in the post-game presser on the knack the senior has developed over the past three years for the big moment.

“Even going back to his first year with us, he started in the championship game and started in a lineup we hadn’t started all year long just because we felt like this guy would do all the right things to be about winning,” Horn said. “When he’s playing like he did tonight, which is trying to distribute for others, trying to make his team better, and just taking scoring opportunities when they’re there, he’s an impactful player for us.”

In the first half, the Eagles dominated from the field, sinking 15 of their first 29 shots. Standout guards Noah Farrakhan and Monty Scott would finish with 21 points apiece, the latter sinking 10 of his 15 field goals. Horn spoke on how big containing the two’s efforts was in the team’s gameplan.

“[Farrakhan] and Scott were the two keys coming into the game on the scouting report,” Horn said. “Give those guys credit, you can guard them good and they’d still score 20, they’re that good of scorers.”

The second half, however, was a different story. Freshman guard Sam Vinson showed poise in the big moment despite his scoring struggles in the previous two games and getting in foul trouble early, leading the scoring for the Norse with 17 points, going 3-4 from beyond the arc in the process. Senior forward Adrian Nelson didn’t follow too far behind and was one point off of tying his career-high in points with 16 while also collecting 7 rebounds.

“It felt good seeing the ball go through a couple of times,” Vinson said of his performance. “I was getting good shots, and once I saw the first one fall, the second one fall, I felt good and I just kept on shooting today.”

Senior guard Trevon Faulkner was unusually quiet in the game, going 2-6 from the field and collecting only 5 points. Horn praised his team’s ability to fill in the scoring in the post-game presser.

“[Eastern Michigan] guarded us much differently collectively than the other two teams have,” Horn said. “It turned into a more spread them out, drive, and attack the basket kind of game.”

The win marks the first time the Norse have recovered from a double-digit deficit in the second half since Jan. 2 of this year against Purdue Fort Wayne when the Mastodons led 42-31 with 16:09 remaining in the second half.

The Norse will cap off their four-game homestand at BB&T Arena with an affair on Monday, Nov. 22 against Western Illinois, which can be seen on ESPN+.

Redshirt senior guard Lindsey Duvall led the Norse with 19 points, despite shooting only 5-15 from the field. Graduate Grayson Rose had a monster game down low, grabbing 18 rebounds while posting 12 points and six blocks to boot. Junior guard Ivy Turner led the Norse in assists with six, and freshman guard Khamari Mitchell-Steen had a career-high 11 points.

The next game for the women’s basketball team will be Saturday at Milwaukee. Tip-off is scheduled for 11:30 a.m. ET.