NKU soccer teams each picked up wins on Tuesday 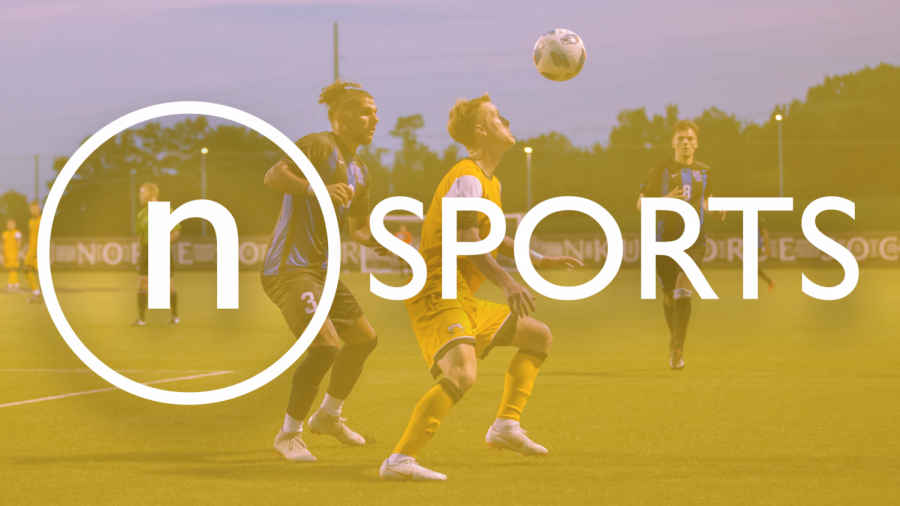 Both the Northern Kentucky women’s and men’s soccer teams were in action for crucial Horizon League conference matches on Tuesday afternoon, as the women’s team manufactured a 1-0 win over the IUPUI Jaguars in Indianapolis, while the men’s team defeated the UIC Flames 1-0 in their season finale.

With the victory over IUPUI, the Norse women’s soccer team improved to 6-0-1 in Horizon League play, and moved their winning streak up to five games.

The victory over UIC represented the final match of the regular season for the Norse men’s soccer team, pushing their record to 7-1.

In the season preview article for the women’s soccer team, The Northerner reported that defense was a priority for Head Coach Bob Sheehan and his team during offseason workouts and practices.

As that article noted, the Norse returned many key contributors from their 2019 squad on the defensive end, and those veterans, including senior Megan Patrick, and juniors Chloe Mills and Lily Menssen have anchored the Norse in becoming one of the Horizon League’s toughest defensive teams in 2021.

After Tuesday’s victory, the Norse sit in a tie for second place in the Horizon League in opponent scoring average, allowing just 0.50 goals per game. Additionally, their +0.88 scoring margin ranks third in the league.

It was that defensive tenacity that carried the Norse to the win on a day when goals were hard to come by against an IUPUI defense that also stacks up as one of the premier units in the Horizon League. The Jaguars recorded 14 shots in the contest, but the Norse only allowed six of those to come on goal.

When IUPUI did have the opportunity to put the ball through the net, NKU goalkeeper Mimi Stines was instrumental in keeping them off the scoreboard. Stines collected six saves, including a diving stop to the left on a shot from IUPUI’s Elizabeth Bueckers that would have pushed the Jaguars out to a 1-0 lead in the 48th minute.

Just over ten minutes of game action later, the Norse would get on the scoreboard, courtesy of a goal by Mills, off an assist from Lindsey Meyer just a few feet from the goal.

CHLOE MILLS! She nets her fifth career goal and gives the Norse the lead! #NorseUp pic.twitter.com/WeXIpfpJq8

NKU would hold the 1-0 lead for the remainder of the contest, maintaining their lead atop the Horizon League standings as Postseason play draws near.

The Norse will conclude their regular-season schedule with a home match against the Wright State Raiders on Monday, April 5 at NKU Soccer Stadium. Kickoff is set for 1:00 PM.

With 12 newcomers joining the program for the 2021 spring season, expectations were tempered for the NKU men’s soccer team, particularly as the pandemic made it unclear what the season would even look like.

For 90 minutes on Tuesday, against a UIC Flames team that entered play at 6-1-1 and vying for the top seed in the Horizon League Tournament, the Norse proved just that, as they grinded out a tough 1-0 victory in Chicago to take home the regular-season title.

Goalkeeper Daniel Bermingham was instrumental in the Norse victory, picking up 12 saves in the match, and keeping the Flames off the scoreboard for the duration of the afternoon.

Bermingham’s 12 saves shattered his previous career-high of seven saves that he set back on Feb. 28 against the Cleveland State Vikings.

Offensively, the Norse were aggressive in attacking the box against UIC, collecting 13 shots, including seven on goal for the game, but were unable to get the ball through the net until the 77th minute.

The Norse had a corner kick, and after the first attempt at a goal missed, sophomore midfielder Ben Hegge blasted the ball through the net for his first goal as a member of the Norse, pushing the Norse ahead 1-0.

UIC would have two more shot opportunities in the waning minutes, but the Norse and Bermingham were able to neutralize the threats, securing their fourth road victory of the season.

As a result of earning the number-one seed in the Horizon League Tournament beginning on April 11, the Norse hold home-field advantage through the championship game, should they advance past their semifinal opponent.