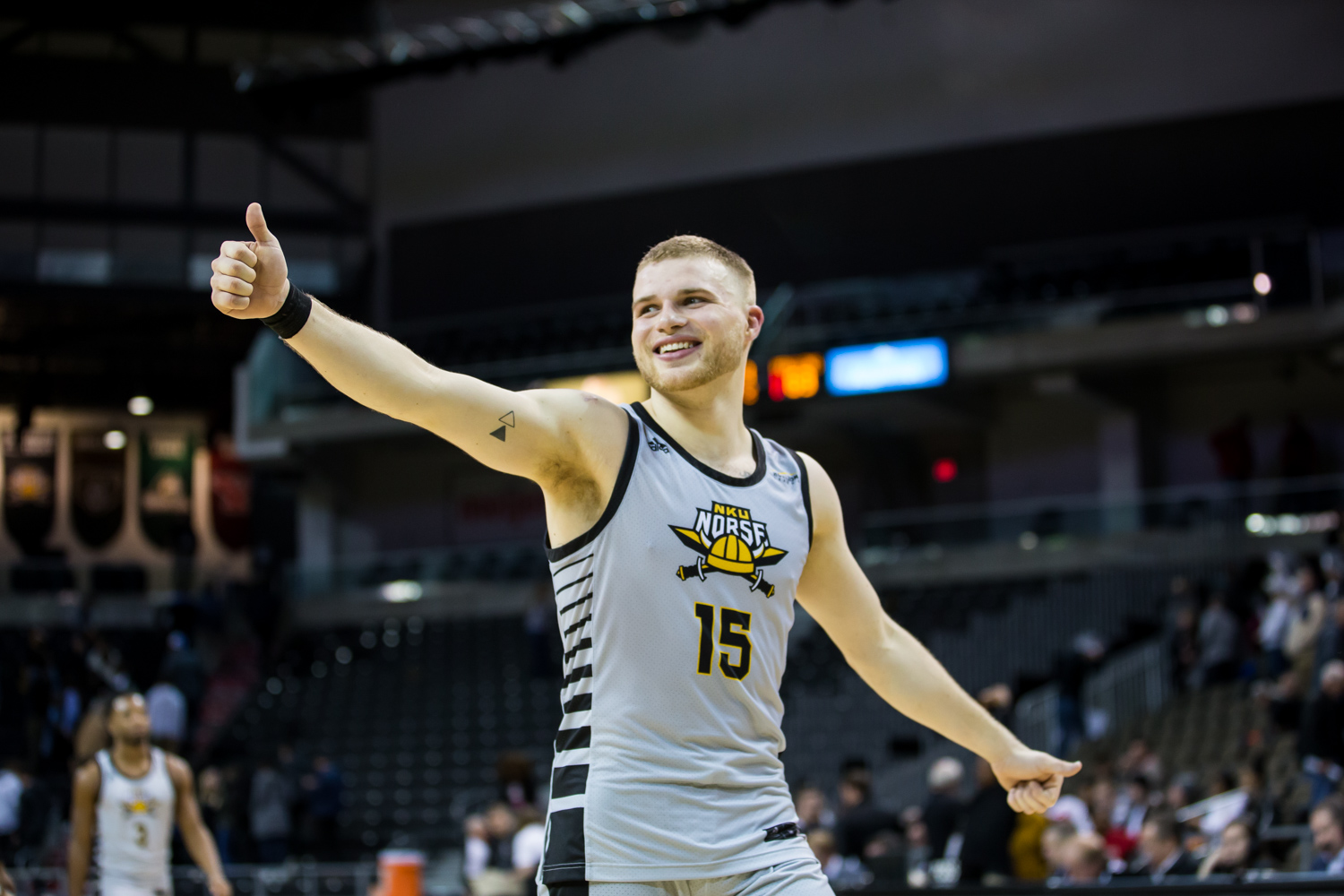 Tyler Sharpe (15) smiles while walking off the court after the win against Youngstown State. Sharpe surpassed his 1000th career point and had 33 points on the game. (Colin Johnson)

Tyler Sharpe (15) smiles while walking off the court after the win against Youngstown State. Sharpe surpassed his 1000th career point and had 33 points on the game.

Sharpe has a night: 1,000 career points and ties career high with 33 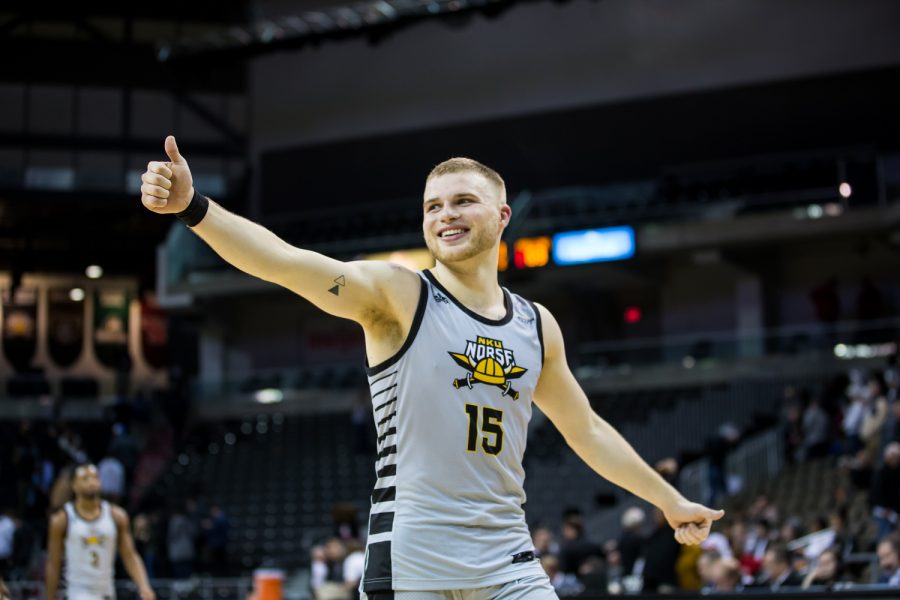 Gallery|8 Photos
Colin Johnson
Tyler Sharpe (15) smiles while walking off the court after the win against Youngstown State. Sharpe surpassed his 1000th career point and had 33 points on the game.

The game started slower than the Norse had hoped for with a tit-for-tat pace. It wasn’t until Sharpe hit back-to-back threes that the Norse began to find their rhythm. On the defensive end, redshirt junior forward Silas Adheke had a big block which gave the Norse an offensive opportunity. At the 16 minute mark, Sharpe hit the 3-pointer that catapulted him into his 1,000th point.

“I think it started with Silas, to be honest,” Sharpe said. “And I made sure I told him. He got a big offensive rebound right off the bat and he allowed me to get a step in three.”

And here it is! Tyler Sharpe scores his 1000th Norse point off of a 3pointer! 👏#norseup pic.twitter.com/gkwcVtQy6C

“I wasn’t really thinking about the thousand, I knew that was going to come. I wasn’t necessarily saying ‘I gotta get it today’. I was fortunate to get a couple looks early and getting a rhythm and sustain that throughout the game.”

It’s not until sophomore guard Bryson Langdon goes coast to coast that the Norse begin to stretch the lead above five. The Norse go on a 15-1 run courtesy of a post up from Faulkner, a rebound and kick out from sophomore forward Adrian Nelson to Sharpe and trips to the free throw line from both Faulkner and Tate. The Norse end the half up 48-29.

The Norse go on to shoot 50 percent from the field for the half and out rebound the Penguins 22-14. NKU committed 11 turnovers compared to the Penguins three. Twelve of NKU’s 48 points came from within the paint.

Tate opened up the second half with a two point bucket and Langdon, who contributed 10 points total,  followed with a trip to the charity stripe for two. The Norse continued to dominate. Sharpe scored a total of nine 3-pointers for the game, marking a career high in 3-point baskets in one contest.

“One of the things we really try to work on [on defense] with our guys, is you know, when it gets the four [point run] can we get it to eight, when it gets to eight can you get it to 12,” Head Coach Darrin Horn said. “And, you know, we finished the last four minutes just outstanding.”

“Obviously there’s a lot as a coach you want to do better and get better at but really pleased with the way our guys responded. This is a much improved Youngstown State team, evidence of the 4-1 record coming in here.”

The last time NKU had two players score at least 20 points each in a contest was Nov. 23 against Texas Southern. Faulkner was a part of that with 24 points and senior forward Dantez Walton had 33.

“I think people feed off of Trevon and myself, specifically because we play with emotion, whether we got it going or not,” Sharpe said. “So I think once we really get it going, and we get the crowd into it, and we get our teammates, energized, I think that takes our team to a whole new level.”

Going into their next match up against Cleveland State, the Norse are 13-6 for the season and 5-2 in the conference. The game tips at 7 p.m. on Saturday, Jan. 18 at BB&T Arena.