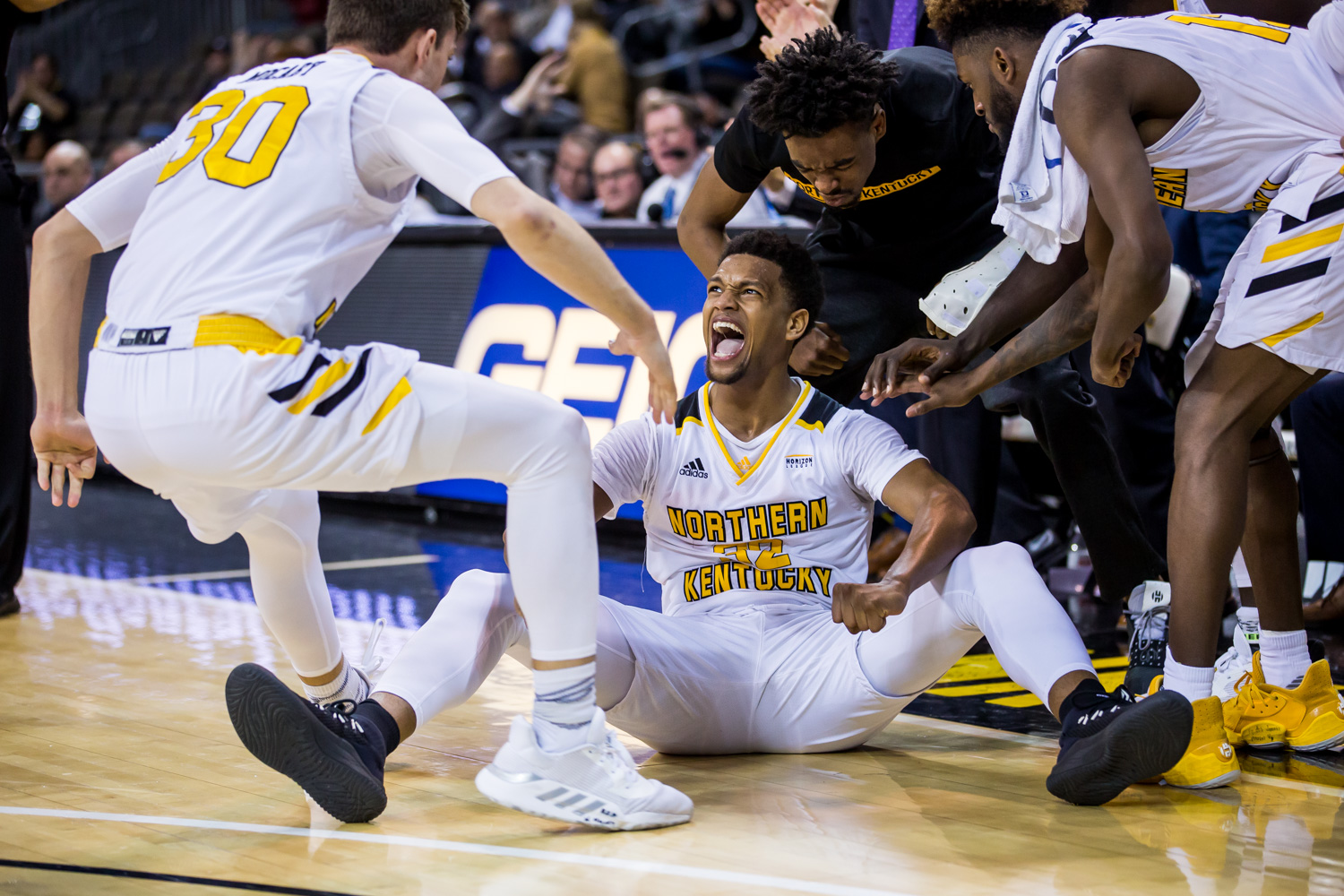 Dantez Walton (32) reacts after making a three point shot during the game against Texas Southern. Walton had 33 points on the game and shot 11-of-21 on the night. (Colin Johnson)

Dantez Walton (32) reacts after making a three point shot during the game against Texas Southern. Walton had 33 points on the game and shot 11-of-21 on the night. 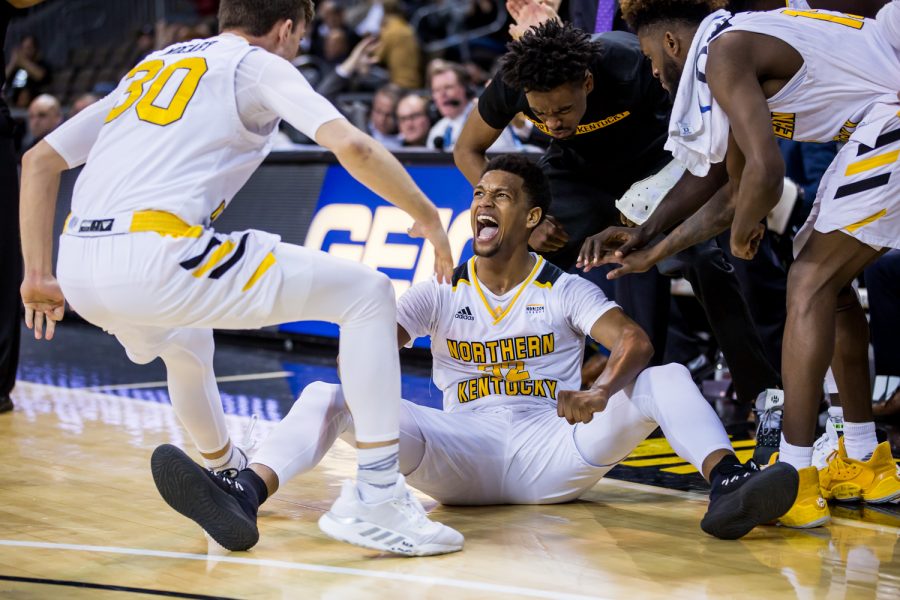 Gallery|10 Photos
Colin Johnson
Dantez Walton (32) reacts after making a three point shot during the game against Texas Southern. Walton had 33 points on the game and shot 11-of-21 on the night.

Senior forward Dantez Walton recorded a career high 33 points and grabbed 10 rebounds. This is the second double-double of Walton’s career. Sophomore guard Trevon Faulkner also dropped a career high 24 points on 9-of-16 shooting from the field. This was the highest field goal percentage for the Black and Gold.

The Tigers came in to Highland Heights looking for their first win of the season, and the Norse expected a hard fought game coming into Saturday night.

“We tried to stop it early, and obviously they got it going early so that momentum kept going,” Walton said. “We knew this was a team that was pretty hungry.”

Texas Southern controlled the game for the majority of the first half until senior guard Tyler Sharpe hit a 3-pointer to put the Norse up 27-25 with 4:24 remaining in the first half. The Tigers regained the lead 30 seconds before halftime, putting the score at 32-30.

The second half went back and forth as there were six lead changes in the first three minutes of the second half. The Norse found themselves down seven with 12:32 to go, their largest deficit of the evening. After a timeout, they rallied back scoring five straight to pull within two points. The Black and Gold would eventually go on to force overtime at 77-77.

Faulkner credited his offensive outburst of late to the work he put in this past summer.

“Over the summer, I put the work in that was needed, I knew it was a big step for the team,” Faulkner said.

That lead lasted all of 10 seconds as Sharpe made a layup to tie the game at 96. Sharpe was fouled on the play but did not convert the free throw. Off the missed free throw, Texas Southern grabbed the rebound and capitalized, scoring a layup at the other end with six seconds remaining, bringing the score to 98-96.

Head coach Darrin Horn said that turnovers were a real problem for the Norse tonight.

“22 turnovers, many of which were just completely unforced and bad turnovers. And we’ve got to figure out a way, as a coaching staff, to get us to play with a little bit more grit,” Horn said.

Even after the loss Coach Horn acknowledged the great efforts of Walton and Faulkner.

“Trevon was really aggressive, which I thought was really good, and we need that from him. Without him and Walton it is a really long night, there’s no double overtime and no chance, those guys really stepped up for us,” Horn said.

With the loss the Norse fall to 4-2 on the young season. Up next, is another home contest versus Midway University on Monday night at BB&T Arena. The game is scheduled to tip at 7 p.m. and will be streamed on ESPN3.