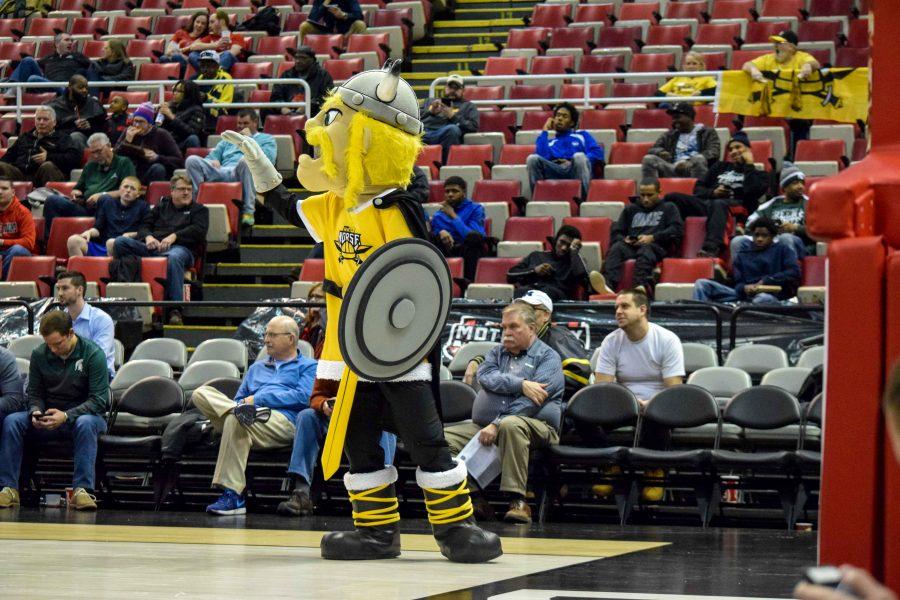 DETROIT — Any pre-tournament story about Northern Kentucky winning the Horizon League tournament would have labeled the Norse “upstarts” or even “a Cinderella story.”

This is no longer the case.

While NKU’s appearance in the Horizon League championship game tonight is both an impressive feat and was unexpected by many at the start of the tournament, tonight’s opponent now wears the glass slipper.

Awaiting the Norse are the 10th-seeded Milwaukee Panthers.

They opened the Horizon League tournament by winning the rubber match with Detroit in emphatic fashion: 85-60. This set up a matchup with second-seeded Valparaiso.

The two teams played a game fitting for a quagmire or quicksand. In the end, Milwaukee stunned Valpo 43-41 to advance to Monday’s semifinals.

In the semifinals, Milwaukee held off Illinois-Chicago 74-68 to advance to tonight’s final against the Norse.

It should be noted that one of Milwaukee’s eight regular season wins was against Northern Kentucky. The Panthers won at home against the Norse 68-58 on Jan. 12.

In that game, Milwaukee outscored NKU 19-9 in second chance points and 17-4 in points from the bench.

Thanks to NKU grad Christopher Boggs, a bus carrying more than 60 NKU students and alumni made the trip to Detroit for tonight’s championship game.

Boggs paid for the trip, tickets and hotel stays for those who rode the bus from Highland Heights Tuesday morning.

The crowds in Detroit haven’t been great for the games Sunday and Monday, but that is due in large part to local favorites Detroit and Oakland being bounced on Friday and Saturday, respectively.

This is the last year the tournament will be played at Joe Louis Arena before moving into the brand new Little Caesars Arena next year.

Tonight’s game will be televised on ESPN. The radio broadcast will be on ESPN1530. Several restaurants in the Greater Cincinnati area will be holding watch parties for tonight’s game.

Goodbye to the Joe

However, the building definitely shows its age. It reminds me a great deal of Cincinnati’s US Bank Arena. Both were great buildings in their day, but their day has passed.

While Detroit will replace its aging arena, Cincinnati’s remains. This is a big reason why the University of Cincinnati chose to move its men’s basketball games to BB&T Arena next season rather than play downtown.

My only regret of the trip is that I don’t have my passport, so I couldn’t take a day trip into Canada. Because, as my Instagram post below shows, it is right next door to Detroit.

Here’s hoping for a great game tonight, and a NCAA tournament bid to write about for the next week or so.