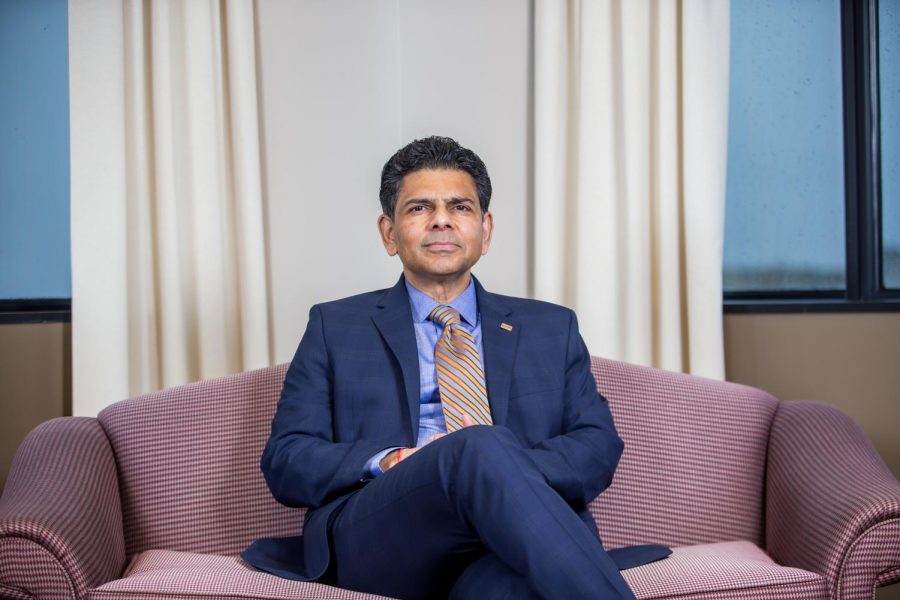 President Ashish Vaidya’s departure from Northern Kentucky University was announced at a special Board of Regents meeting Thursday afternoon.

President Ashish Vaidya’s departure from Northern Kentucky University was announced at a special Board of Regents meeting Thursday afternoon.

Vaidya was voted in as president by the Board of Regents on Nov. 9, 2017 and officially assumed his position on July 1, 2018. Three years later, the board unanimously approved the president’s contract renewal through 2026.

During Thursday’s meeting, chair of the board Richard Boehne announced that the board had determined and agreed the term of Dr. Vaidya’s presidency will conclude on Dec. 19, 2022.

“It is recommended that Dr. Vaidya and NKU mutually agree that his term as president will conclude on December 19, 2022,” Boehne said.

The news of Vaidya’s departure comes after NKU announced an unexpected $18.7 million budget shortfall for the 2022-2023 school year.

According to a statement by NKU, the board and Vaidya determined that it is time for a leadership transition as the university embarks on a multi-year Reposition Plan to counter the budget deficit, in response to a changing market and financial pressures that are affecting higher education.

While Vaidya remained silent for the duration of Thursday’s meeting, he expressed his gratitude in a statement and said he and his wife Nita plan to return to their home state of California.

“It has been a privilege and honor to lead this university over the past four-and-a-half years,” Dr. Vaidya said in a statement.

The news of Vaidya’s departure was met with teary eyes from some but smiles from other attendees at the meeting.

Some board members expressed their gratitude for Vaidya’s contributions to the university over the past four years, namely the Success by Design framework and his leadership throughout the COVID-19 pandemic.

The Northerner will continue to update this story as it develops.