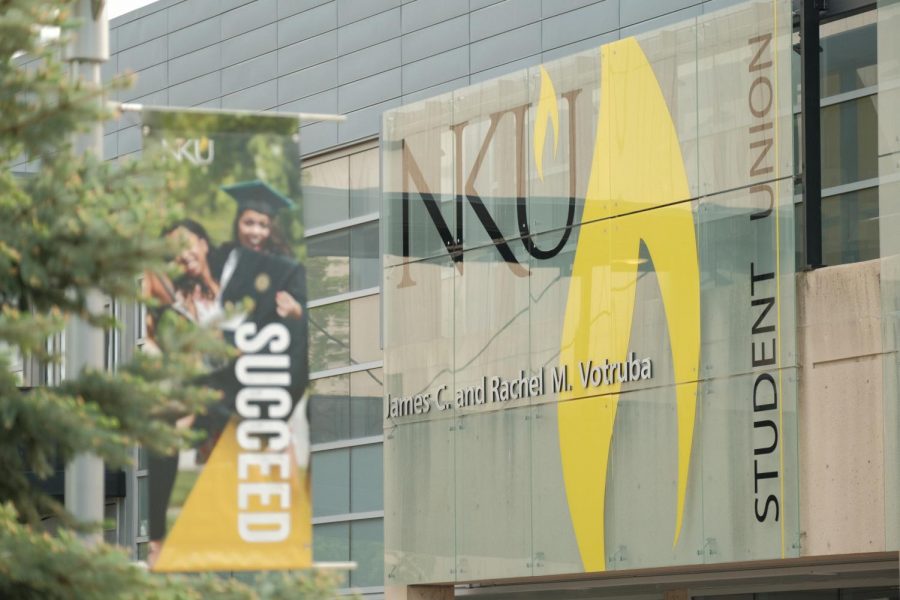 The safety walk was originally conducted to have members and administration walk around campus and find issues they deem necessary to look at or fix, such as lighting issues and water leaks throughout campus that could potentially harm the safety of students and staff.

Lighting issues, including light poles outside of surrounding campus streets such as Norse Boulevard, and lighting inside of many buildings was a prevalent issue throughout the report.

Another safety concern addressed included two call boxes near University Suites not functioning properly, in which one was not labeled as out of order.

“We suggest that all campus call boxes should be tested immediately, as well as any broken ones receive priority for repair,” the safety report states.

Director of University Operations and Maintenance Bill Moulton spoke at the meeting about some of the safety concerns brought up during the report and to thank SGA members for serving the student body through the safety report.

Moulton said the university is taking these concerns seriously and is already trying to make strides on fixing the issues such as the lighting and call box issues.

“We’re going through a survey of all the light poles and evaluating the structure and integrity of each of them. Just for a ballpark figure, we probably have about $150,000 worth of light poles that need to be replaced at $19,000 apiece … We probably have two dozen call boxes that aren’t working and we’re waiting for parts,” Moulton said.

Moulton noted that these light poles would be equipped with LED lights to be as efficient as possible and that call boxes are tested regularly by the police department and that manufacturing issues caused by COVID are delaying the call boxes being fixed.


Chief Justice Christopher Prince then went through the second reading of the first three sections of SGA’s constitution, where members voted on either keeping or changing certain parts of the constitution for the term starting in Fall 2022.

Senator Alejandro McCray proposed a motion to change section C subsection B of the constitution to make the number of members needed to conduct business (or quorum) from 25 to 22. The motion failed.

SGA then accepted the changes made to the first three articles of the constitution.

During last week’s meeting, Renton and Burns both presented the first reading of their resolution, which calls for the creation of an official office of sustainability. The resolution states that creating an official office of sustainability will better gear NKU toward fulfilling sustainability requirements and commitments, such as Cincinnati 2030, a partnership the university made back in 2019 to “reduce building energy use, water consumption, and transportation emissions by 50% by 2030.”

After receiving revision requests from members, the resolution passed unanimously. This is the first resolution passed of the semester and will actively work toward NKU’s goal to become a more efficient and sustainable campus.

Renton showed excitement for the resolution that was passed and gratitude for the organization that they will officially resign from on Dec. 21.

“First of all, thank you everyone. We got our first resolution passed this meeting and I’m very happy about that. A year ago, I had many resolution ideas and almost all of them died, but not this one,” Renton said. “I want to thank the entire committee, you all are my family and I love you all dearly.”

Senator Austin Terrell was sworn in by Justice Luke Price to replace Renton’s position of university improvements chair for the Spring 2022 semester.