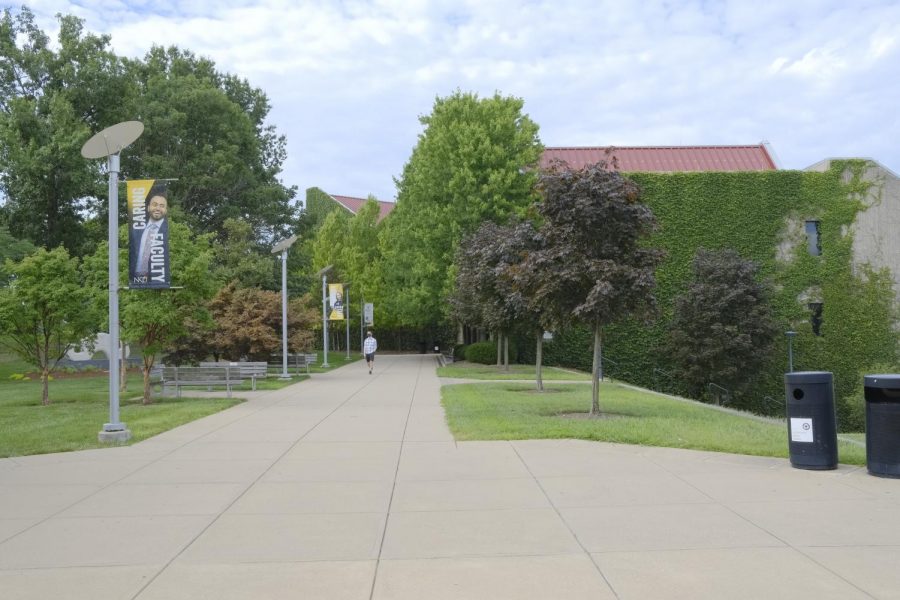 This afternoon, the faculty senate had its first meeting of the semester in which new documents by the provost, faculty confusion regarding positive COVID-19 students and the university’s accreditation were discussed.

Provost Sue Ott Rowlands spoke about documents the university will be releasing in the following days. One of these documents is what Rowlands referred to as “the triggers document”, the document will list what would cause NKU to transition to fully online.

“What you’re going to see is slowly as our case numbers do build, which they will, you’ll see more information coming out than you’ve seen so far,” Rowlands said

Rowlands said she is planning a faculty webinar in the next couple weeks to answer as many questions as possible, such as about what to do if a student discloses they are positive for COVID-19 or have to quarantine.

Denice Robertson, senior lecturer in the department of biological sciences, raised concerns regarding the health department not getting back to faculty who were in direct contact with positive students.

“It’s very concerning to our faculty when they’re having to rely on the students who are positive to contact them and let them know. The health department is not doing so; we have not heard anything from folks on NKU’s campus,” Richardson said.

Rowlands suggested faculty refer their students who tested positive to NKU’s Health, Counseling and  Student Wellness office so other departments, such as facilities, can be contacted as well and proper measures can be taken.

“We all feel very vulnerable when we are in close proximity even if we are masked and six feet away,” Rowlands said.

President Ashish Vaidya discussed a document that would be released on NKU’s COVID-19 website that shares information on infection points, a timeline of how long the virus replicates in someone’s body and is released into the environment (viral shedding), as well as other educational resources.

Accreditation, creation of Black Lives Matter committee and other remarks

“That starts with just acknowledging and saying Black lives matter, because they do. But also moving beyond just words to actions,” Farrar said.

Farrar said he would like to seat and create a Black Lives Matter ad hoc committee of the faculty to look at issues particularly affecting Black, Indigenous and people of color.

Rowlands said that NKU has submitted its accreditation reports to the Southern Association of Colleges and Schools Commission on Colleges. Last winter NKU was placed under warning for the failure of two components: general education outcome assessment and library information and learning services.

Rowlands said she was “very pleased” with the report submitted and awaits the results.

The next faculty senate meeting will be Sep. 28 at 3 p.m. via Zoom.