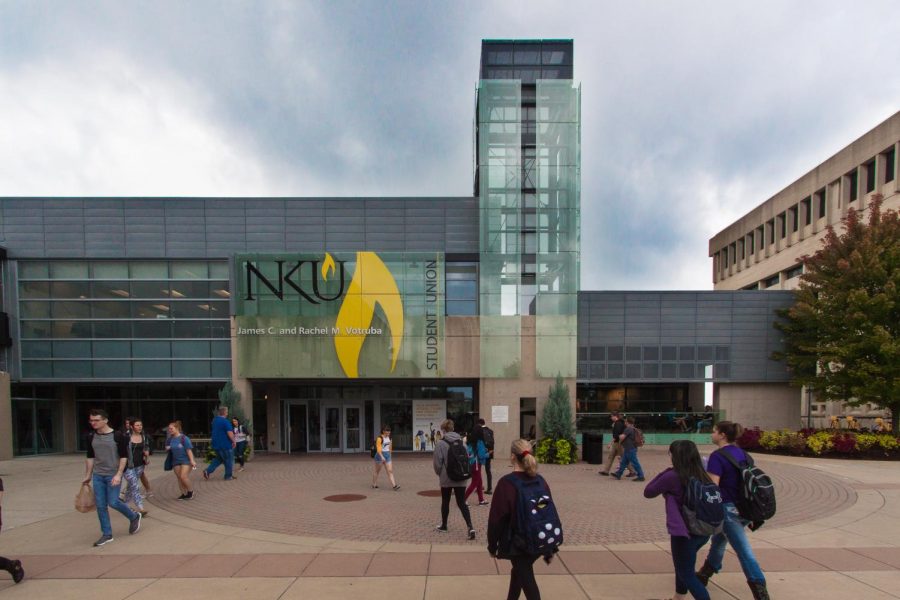 Board of Regents discuss Woodcrest closure, warning by state accreditation

NKU’s Board of Regents (BoR) had its first meeting of the semester on Jan. 15. BoR discussed curriculum changes, Woodcrest Apartments closure and updates on NKU’s accreditation.

NKU has been placed under warning for the failure of two components by The Southern Association of Colleges and Schools Commission on Colleges. According to Vaidya, the university did not meet state requirements in general education outcome assessment and library informations and learning resources.

“While this is disappointing news, please know that we have active plans on their way to address these issues,” Vaidya said.

According to Vaidya, Steely Library received funds this month to purchase new databases and collections. Students, faculty and staff will be interviewed to understand how Steely Library can better meet their needs and ensure the availability of resources and personnel to support them.

Plans to improve the general education assessment have been completed and are now being workshopped with faculty to view the results and incorporate into the curriculum, Vaidya said.

NKU is expected to send in a monetary report of its improvement to the state commission by September.

“During the process of repairing sections of the Woodcrest Apartment complex last fall, we realized that the deterioration was beyond what was anticipated,” President Ashish Vaidya said during his presidential comments.

According to Vaidya, NKU hired a structural engineering firm to inspect the complex’s halls following continued concerns. After reviewing the reports, the university decided to close Oak and Sycamore Halls, he said.

“University housing has worked to minimize the impact on students,” Vaidya said. “We’re well aware of the challenges this causes.”

According to Vaidya, affected students would be notified of their new assignments and how to schedule appointments with the hired moving company later that day after the Regents meeting.

“This is not a decision we took lightly,” Vaidya said. “But with the conditions of the apartments and the continued issues of maintenance, safety and security of the students was paramount in our decision-making.”

The master’s of business in leadership and innovation program will receive a $6,000 deduction in tuition cost, as approved by the Board. According to the College of Business Dean Hassan HassabElnaby, the cost decrease will make the program more competitive in the region.

“I believe we will have more students, so the bottom line will increase with the drop in price,” HassabElnaby said.

The master’s of business in leadership and innovation program also received a new curriculum and name along with the tuition decrease. The program, formerly known as a master’s in executive leadership and organizational change, will have more classes in accounting and finance as well as a bigger focus on innovation and leadership.

HassabElnaby said he considers this program to be very unique to the area and hopes it will give NKU an advantage over surrounding institutions.

BoR also allocated $10,000 to the College of Business to foster a partnership with two institutions in India. The institutions will allow students to obtain a master’s of business administration from NKU’s programming.

Expenses for this partnership include NKU faculty travel and lodging during training as well as continual advising of partnering faculty. The institutions will pay 50% of the expenses, HassabElnaby said.

Students from these institutions will have the option to travel to NKU to obtain the degree or they can learn from trained and approved faculty in India.

According to College of Business personnel, NKU will see a 60% profit margin with a conditional enrollment of 30 students.

Cybersecurity has been approved to be adapted into the College of Informatics by the BoR.

“Worldwide, there are 1.8 million unfilled cybersecurity positions,” Kirby said. “Locally, that translates to 1,500 positions across the state of Kentucky.”

According to Kirby, cybersecurity is not just contained in the realm of IT. The major includes components of business, ethics and problem-solving skills.

Kirby said the College of Informatics projects 200 new students within the new program in the next four years.

Kirby said though the major has been approved by the BoR, it will not be officially added to NKU curriculum until a state-wide meeting held in April.