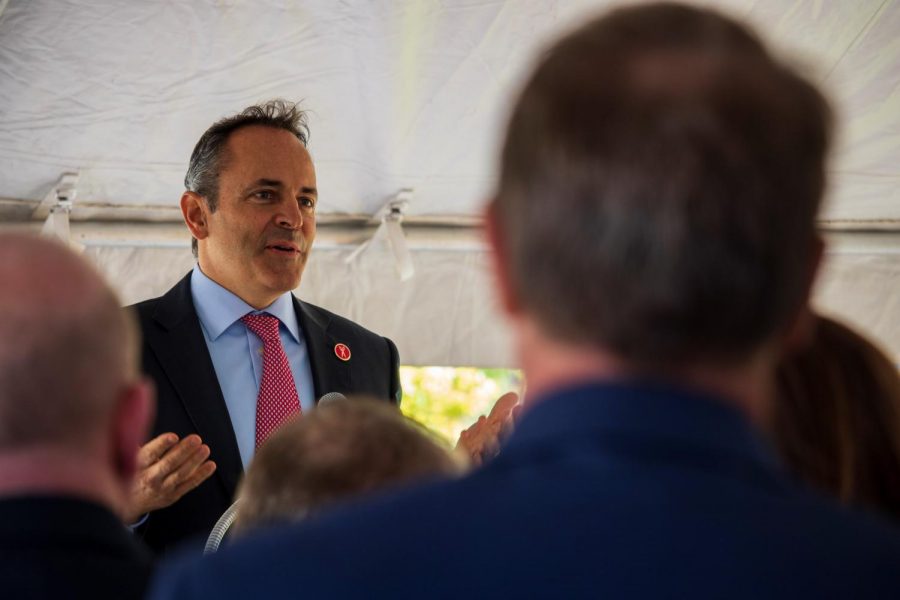 “We are grateful for the diligent work of fiscally responsible House and Senate members who came together to pass HB 1. I applaud their dedication to delivering much-needed financial relief for Kentucky’s quasi-governmental agencies and regional universities,” Bevin said.

According to President Vaidya, HB 1 freezes pension contribution rates for one year and provides long-term options for NKU’s participation in the Kentucky Employment Retirement System (KERS).

Following HB 1 becoming law, NKU will have nine months to determine their response to the bill.

Option one has NKU staying in the system with no changes, but they would be subject to future contribution rate increases.

Option two will allow all Tier 1 and Tier 2 employees to remain in the system but has Tier 3 employees moved to the defined contribution plan.

Option three would see NKU exiting the system all together, thus freezing all KERS pension accounts while moving Tier 1, 2 and 3 employees to a defined contribution plan.

According to Vaidya, NKU must make a determination by April 1, 2020, on which option to select and that recommendations for this determination will need to be made to the Board of Regents.

“As your president, I promise the university will be transparent during this process,” Vaidya said.