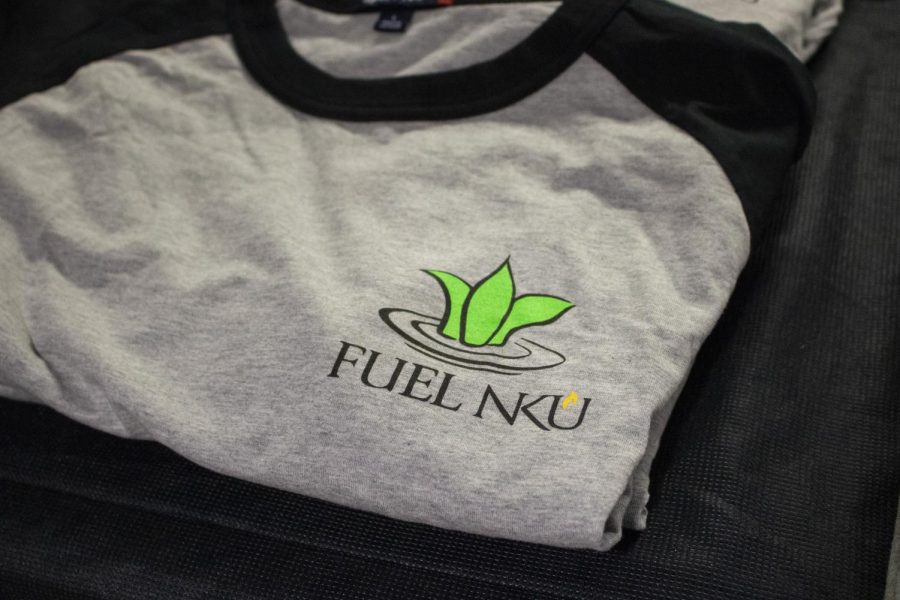 Catherine Chandler, like many college students, has made some sacrifices in the name of higher education. For her, that includes when a time when she needed to make the choice between eating the only thing available to her, blueberry muffins, or passing out due to low blood sugar. It seems like a simple choice, but Chandler’s allergy to blueberries made her hesitate for a moment before ultimately deciding she would prefer an allergic reaction over low sugar.

Chandler, a junior philosophy major at NKU, is among an estimated 42 percent of college students who struggle with hunger. As tuition rates and textbook costs rise higher than ever, the price of higher education is a difficult obstacle for students to tackle.

On top of that, students have other expenses to cover, such as rent, food and toiletries, which leads some to eat smaller meals or skip them altogether. In fact, nearly a third of community college students and a quarter of university students reported that they ate smaller meals or didn’t eat at all at least once in the past 30 days, according to a survey released by the Wisconsin HOPE Lab, who focus on fighting hunger and homelessness on college campuses.

As a diabetic, Chandler needs to eat to keep her blood sugar up to prevent further health complications. Even if she can’t find an actual meal, she looks to buy something small, such as candy to snack on to keep her from passing out in class. Chandler’s experiences are not uncommon among college students.

Over three years, statistics released by the Hunger on Campus study and Wisconsin HOPE Lab show a trend of at least 40 percent of college students reporting they struggled with food insecurity within the past 30 days.

However, these statistics come from a limited amount of universities, and rely on students volunteering their information, so this is likely an underestimate of the actual severity of the issue. College students everywhere are struggling with hunger, and NKU is no exception.

Chandler’s struggle started in her first year at NKU, when she moved from Ohio to Kentucky. In Ohio, she had the assistance of food stamps, but due to a paperwork error, she lost the aid.

Even with the assistance of food stamps, Chandler said it was difficult to make them last an entire month. Chandler works 15 hours a week at Burger King. on top of being a full-time student. With her job, she makes enough to cover her rent and pay for toiletries. After her food stamps were out she ended up turning to her parents for help.

“I would explain to [my mom] the situation, and some of it she would already know, like when the food stamp card ran out,” Chandler said.

That was when she had decided to seek help from sources aside from her parents.

FUEL NKU, the university’s on campus food bank now located in Albright Health Center 104, is open on Mondays, Wednesdays and Thursdays from 10 a.m. to 2 p.m.

FUEL, which stands for “Feeding the University and Enriching Lives,” was founded in 2013 by NKU social work professor Dr. Jessica Averitt Taylor.

Taylor started the food pantry after realizing her students struggled with hunger, which had affected Taylor when she worked toward her own degree.

Through a new partnership with Kroger, FUEL has expanded to a larger 2,300 square foot community center space in the Albright Health Center. Taylor expressed her desire to expand FUEL into an area where students can connect with each other and faculty, as well as to relax and have a place to eat the food they receive from the food pantry.

“I want to know the students. Both my feeling and my experience tells me that many of the students who visit the pantry would benefit from forming relationships with other students and faculty, and just navigating the university,” Taylor said.

The expansion also features refrigerators and freezers, allowing FUEL to provide students with fresh produce and other foods.

Chandler in particular has looked forward to the refrigerators so she can get fresh produce. While she attends FUEL’s monthly produce stand, she said that sometimes the food isn’t as fresh as it could be due to a lack of proper refrigeration.

“I don’t discriminate though, I just cut off the bad part and keep the good,” Chandler said. “I don’t have room to discriminate against food that was free.”

Food insecurity is not the only issue that many college students struggle with, as about 36 percent of university students reported they had struggled with housing insecurity as well within the past year, according to the Wisconsin HOPE Lab survey. While FUEL focuses primarily on getting students the food they need, the hope for the upcoming expansion is to offer more comprehensive services.

Noelle Keller, a social work major and FUEL volunteer, said that FUEL tries to offer “wrap-around” services which give their clients all the support they need in their daily life.

“We’re starting to branch out. People contact us about clothing and we try to get them the right source to get clothing,” Keller said. “We’re very much like a social services organization where we try to collaborate with other departments and get our clients everything they need to be successful.”

Chandler’s not concerned about housing because she makes enough to pay for her rent. However, the need for toiletries and food are particularly crucial. Chandler needs food to keep her blood sugar up, and she, along with every other student who has a menstrual cycle, requires the necessary hygiene products once a month.

“I think I came in Monday and I had a menstrual start, and I didn’t have any pads whatsoever. I was like ‘Even though I got some toiletries, could I possibly get maybe three more? I just need some pads?’” Chandler recalled.

While she frequents FUEL for food and toiletries, there are a few changes Chandler would like to see. For her, healthier food alternatives, particularly ones that are diabetic-friendly and gluten-free. Additionally, she would like to see the pantry open five days a week, as the current schedule doesn’t mesh well with her work and class schedules.

“Sometimes I have to skip out on class because the food pantry was only open from ‘X’ time to ‘X’ time,” Chandler said. “I’d have to choose between getting food and missing class.”

In the past year, FUEL serviced around 650 students. The number will likely continue to grow since the move has been completed, and FUEL remains a promising presence for students who struggle with food and/or housing insecurity.