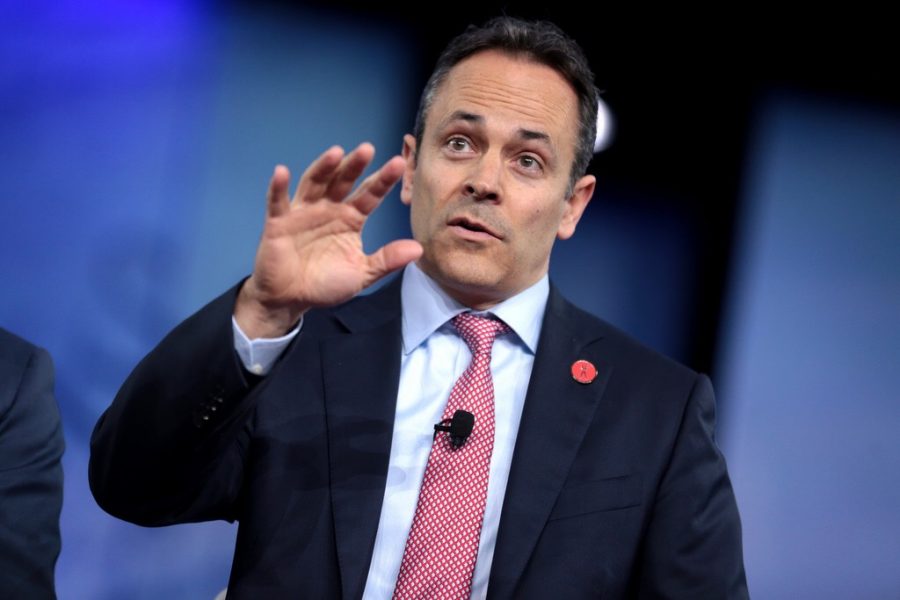 Gov. Matt Bevin’s budget address will be broadcast live on KET at 7 p.m. on Tuesday, Jan. 16.

A state budget proposal is coming Tuesday, and it could be tight.

State representatives and NKU officials believe $516,000 or more in state funding will be cut in Governor Matt Bevin’s budget address, which is scheduled for Jan. 16.

The budget proposal will include a two-year plan that determines how the state spends roughly $22.3 billion between July 1, 2018 and June 30, 2020. The proposal will then be considered in the Kentucky General Assembly.

Bevin’s address will be broadcast live on KET at 7 p.m. Tuesday.

Adam Caswell, NKU’s assistant vice president of corporate, government and foundation engagement, said the cause of a possible $516,000 cut is a state revenue shortfall from a past budget.

“What happened in this instance is the two-year budget that was planned back in 2016, the revenues that budget was built upon came in short. So we had to do an in-year budget reduction, and NKU was 1 percent,” Caswell said.

At a Board of Regents meeting on Wednesday, interim pres. Gerard St. Amand said the university had been “warned to expect” cuts.

In an email later that day, he called on students and colleagues to lobby their lawmakers to change the pension system, a leading issue of the upcoming state spending plan and NKU’s budget.

NKU Student Government Association will attend the Rally for Higher Education in Frankfort on Feb. 6 to protest such cuts. Last year, the event hosted SGA and over 100 students from universities across Kentucky.

Pension reform up in the air

The potential $516,000 cut is about 1 percent of NKU’s 2019 state appropriations; however, the projected cost of pension contributions, $31 million, is 60 percent of the university’s state funds.

Like St. Amand, Caswell noted that cuts would affect the progress in reducing the funding disparity between NKU and other Kentucky universities.

“Two years ago, we made monumental progress when, once and for all, the state recognized that we were underfunded compared to other institutions,” Caswell said. “It’s a narrative we’ve been talking about for decades.”

After receiving $5.1 million from the state in 2016, the university is currently seeking the additional $5.1 million that would eliminate the disparity.

“That’s made a real impact when you look at how much NKU receives per full-time student, per degree we produce. We’re closing the gap compared to the median of other institutions,” Caswell said.

Keene, a representative since 2005, said cuts to NKU funds could be coming, but he has learned to wait and see before rushing to judgement.

“When [Gov. Bevin] gives his speech, we’ll have a better feel for what he’s actually talking about,” Keene said in a phone interview. “[The cut] could be more than half a million, but I’ve learned to be patient and wait until I see things in black-and-white before I start making assumptions on things.”

State Rep. Joe Fischer (R-Ft. Thomas) has also represented a portion of Campbell County since 1999 and serves as the chair of the House Judiciary Committee.

Fischer thinks Bevin will focus on funding the pension in the budget proposal, an effort that Fischer believes could cost taxpayers $1.2 billion.

“I suspect that when the governor has to make his budget address Tuesday, he is going to outline the dire financial consequences if we don’t do something to restructure the pension plans,” Fischer said in a phone interview.

On Friday, Keene said his party had not been included in the pension reform conversation, and he does not believe the bill is as developed as Republicans say.

“That has been strictly in the majority party’s hands, and they’re making all the decisions. We haven’t been included. Our input has not been asked for,” Keene said, adding that members of both parties have yet to see a draft bill.

Fischer cited an ethics scandal, which involved former House Speaker Jeff Hoover resigning after settling a sexual harassment claim with a woman on his staff, and “disagreement” as reasons for the bill’s delay. He reiterated that funding the system is a top priority.

Rather than cutting funds, Keene’s suggested fix is finding new ways to generate revenue. He emphasized the importance of education to create economic stability in Kentucky.

“Jobs will not come here if we drop the ball on education. They’ll go somewhere else,” Keene said.  “So we’ve got to maintain and stand up for our teachers.”

Gov. Bevin will give his budget address in Frankfort at 7 p.m. on Tuesday. It will be broadcast live on KET.