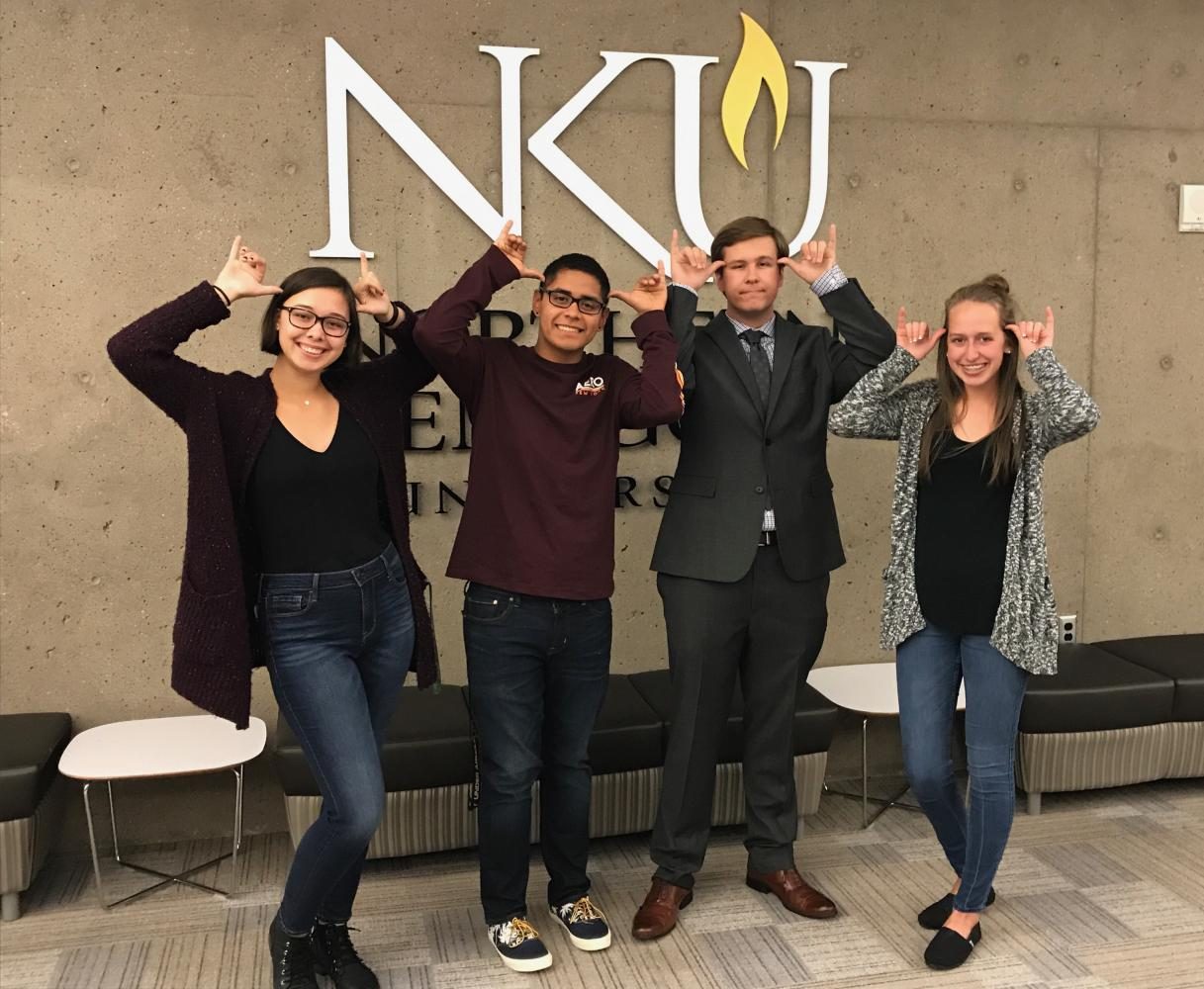 Hunter Poindexter, SGA Chief Justice and freshman election commissioner, announced the results at 10:15 p.m. to applause from the crowd consisting of SGA officials, members and well-wishers gathered on the SU’s third floor.

The announcement was also streamed live on the organization’s Facebook page.

Gagné, an accounting major, said her main focus as a senator will be on interacting with students and making changes tailored to their needs.

Anderson, a pre-engineering major, said in addition to learning about SGA budgeting and planning, one of his priorities is to launch JumpSeat, his campus interaction website that the Northerner recently covered.

Jones said she plans to work on campus safety, especially for female students.

After the election results were announced, Student Body President Sami Dada said he is especially excited to work with this year’s new senators.

“All of the applicants this year were phenomenal, seeing some of the things they wanted to accomplish,” Dada said. “I think just being a freshman and taking that leap of faith is incredible to begin with.”