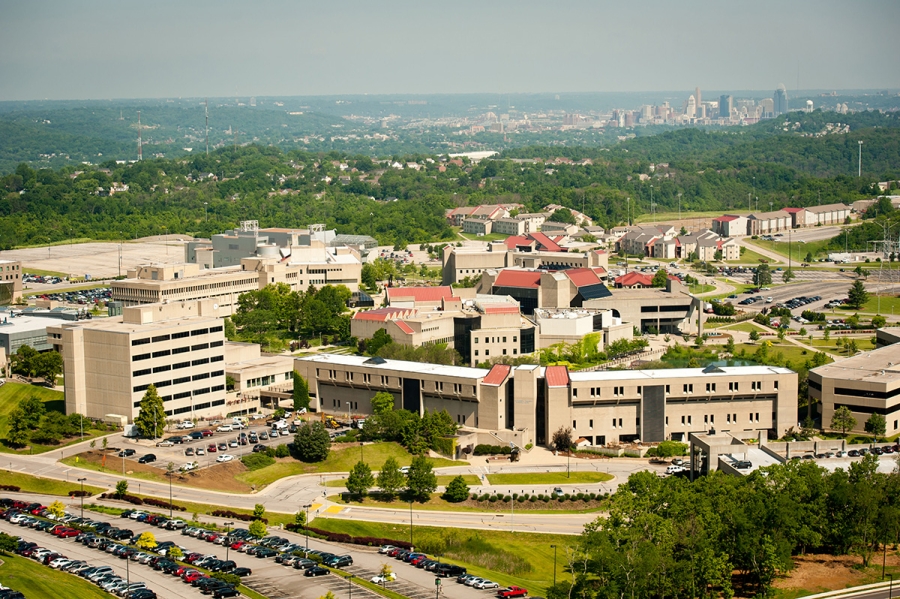 A new radiation therapy program is set to start in Fall 2017. The program will be the only one in the state of Kentucky. (Provided by NKU, Timothy D. Sofranko)

A new radiation therapy program is set to start in Fall 2017. The program will be the only one in the state of Kentucky.

Radiation Therapy program to be implemented at NKU

A new radiation therapy program at NKU was approved in April and is projected to be implemented in the Fall 2017 semester.

According to Shannon Alexander, BS Health Science Program Director, the program has been in the works since last May. Throughout the past year, they’ve sorted through the necessary paperwork and became fully certified to implement the program.

This is the first program to be established at a public university in the state of Kentucky. Alexander said that the closest programs are at Ohio State and Ivy Tech Indiana.

In 2015, University of Cincinnati discontinued their radiation therapy program at their Blue Ash campus. Alexander said that as the years go by the need for a regional program became more and more evident.

“As the year goes on and there are no graduates going on to be radiation therapists the need is certainly starting to creep up on us in the field,” Alexander said. “We have a limited pool of people we can hire for positions.”

Though there is no radiation therapy program, UC’s Blue Ash campus does offer a radiologic technology program, which uses radiation to provide images of the body such as bones, vessels and organs. Through images, they’re then able to diagnose as well as treat injuries and illness.

Radiation therapy, as a profession, uses radiation treatment in illnesses; it’s notably used to treat the bulk of various forms of cancer.

In a press release, the university stated that the bachelor program is eight semesters long and includes “instruction in patient care, pathology and treatment principles, radiation physics and biology, safety and ethics.”

For students in the program, seven of these eight semesters will focus on doing clinical work in local hospitals, outpatient care, etc. within the tristate region for an average of 20 hours a week.

Alexander said that though the university hopes to start the program in fall, there are still a few things that need to be sorted out before it the program can fully begin. A handful of students are already prepared to enroll.

Graduates of the program will go on to take the American Registry of Radiologic Technologists (AART) before pursuing a field that is limited in the region. Dr. Dale Scalise-Smith, dean of the College of Health Professions, looks forward to the expansion.

“We are pleased to expand our educational offering to fill the national and local need for radiation therapists,” Dr. Scalise-Smith said in the press release.