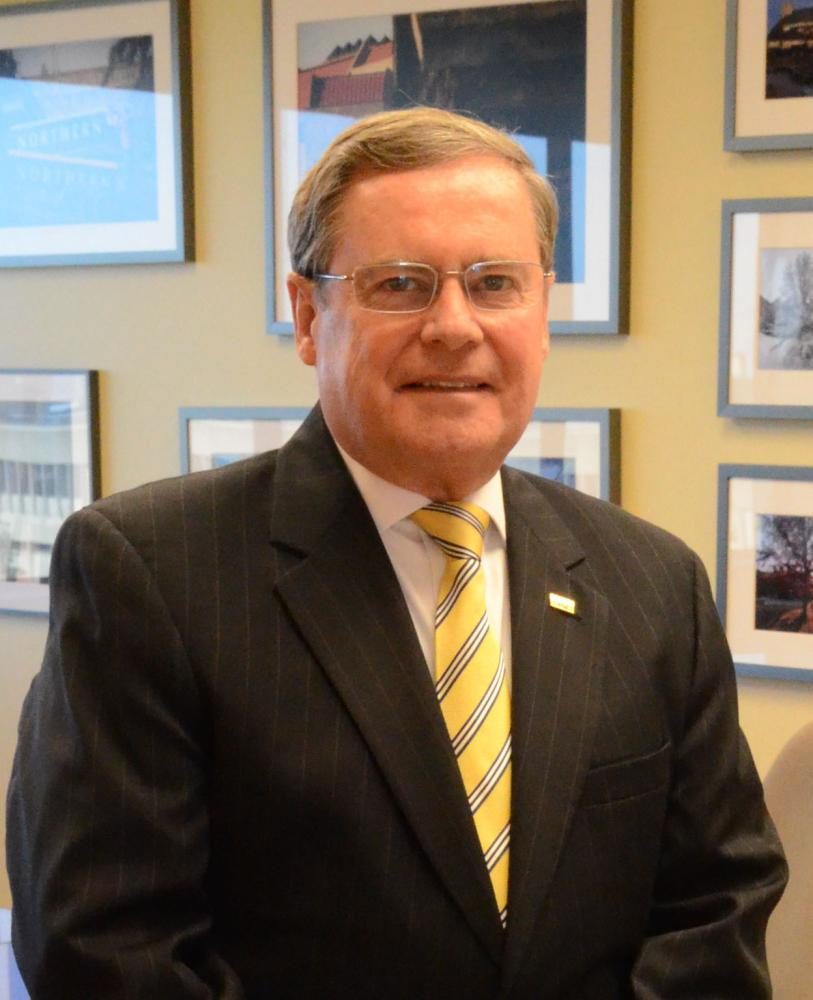 As more than 1,600 students received their bachelor’s degrees as new graduates of NKU, former president Geoffrey Mearns handed out his final diplomas while serving the university.

Taking his place until a permanent president is found is Gerard St. Amand, who will serve as interim president.

In an email sent May 8, Amand addressed the NKU community. He recalled his days serving as the dean of Chase College of Law, a position he began in 1999, along with serving as a professor of law.

RELATED: St. Amand to be considered for interim president

“I was honored to be asked to serve as Interim President during our presidential transition as Geoff Mearns departs and we conduct a national search for a new president,” Amand said in the email. “I begin these duties today.”

Amand had planned to retire this May but accepted the Board of Regents’ invitation to fill the role of interim president. He said his love for NKU and desire to serve were the reasons behind postponing his retirement.

“I also have great confidence in the university’s broader leadership team at all levels,” Amand wrote. “We have a team of talented faculty and staff dedicated to serving our students and committed to the success of our university.”

According to a May 11 NKU press release, Amand was selected to serve as NKU’s Vice President for University Advancement in 2006. He served in this role until 2013 and returned as a full-time faculty member of Chase College of Law.

As they work toward filling the vacancy, Amand noted that 14,000 students are counting on the administration, as well as himself, to maintain the momentum the university has strived for.

“When I was asked to serve in this interim role, it was made clear that no one wants a transition period of simply ‘marking time’ waiting for the next president – certainly our students can’t afford that and neither can the region we serve,” Amand said in the email.  “Rather, we must keep charging forward to advance all of our strategic priorities.”

With his team, Amand said that the next president will not have to restart NKU’s engine, but jump aboard in full-force.

“We cannot do that alone. We need your continued engagement,” Amand said. “This will not only guarantee we can sustain our momentum during this transition period, it will also strengthen our ability to recruit the best new president to lead NKU into the future.”