A voice and a choice: Student opts for third party 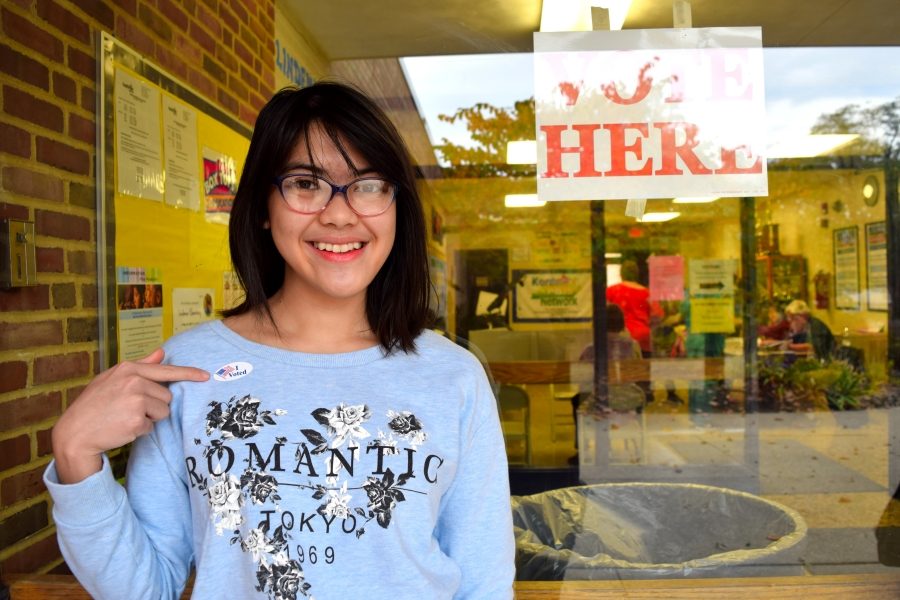 Mary Andrikus casted a vote for third party candidate Jill Stein. Her vote, she said, is not a wasted one.

It was her first time voting in a presidential election.

Along with her brother, they pulled into an adjacent parking lot at AJ Linderman Elementary School, their polling place.

”I feel good, because I have the right to vote,” Andrikus said.  “I have a voice. I have a choice.”

Despite his appearance, dressed entirely in an ensemble of red shades, her brother also casted his vote for the third party candidate.

Going into the polls, Andrikus was asked if she was old enough to vote, the worker believing her to be under 18.

The 20-year-old voted for Jill Stein because she didn’t like either major party candidate, Donald Trump and Hillary Clinton. With Stein, she could vote for someone who aligned with her values.

Voting for someone out of dislike of the other candidate only propels the two-party system, a system that Andrikus believes is broken.

“I don’t think that’s democracy. I think it’s fear,” Andrikus said. “I want to vote for someone who aligns with what I believe in.”

Buying the idea that a vote for a third party is a wasted vote is why we have the two-party system, Andrikus said.

Originally registered as an independent, she registered as a democrat too late to vote for Bernie Sanders, who ran against Hillary Clinton in the primaries.

Curled up in her bedroom, playing a new She & Him holiday album, Andrikus looked forward to a day off for election day, an “I Voted” sticker stuck firmly on her chest.

Scrolling through her social media feeds, she said that she was glad that the election cycle was soon to be over.

She hates seeing the negativity on her Facebook timeline from the election, she said.

“In the long run you have to learn how to accept people’s opinion, even if you don’t agree,” Andrikus said.