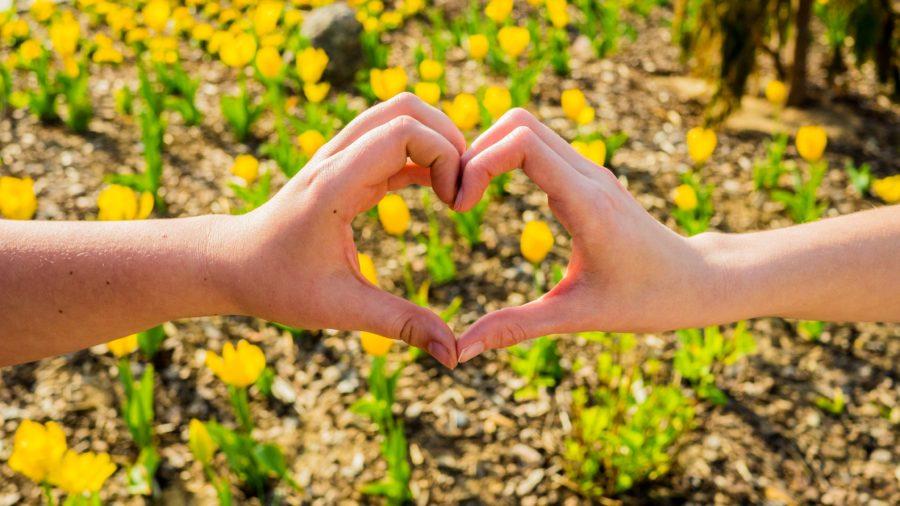 At the height of her depression, Amanda Henderson found herself reaching for a bottle of pills.

“When I first had problems, I did think about killing myself,” Henderson said. “Something, I can’t really explain it… As soon as I went to grab the bottle, every person that would be affected, people I knew and people I didn’t know flashed in my mind. That stopped me.”

Henderson, a senior computer science major, discovered her sophomore year of high school that she had depression.

“When I was a sophomore in high school, I did self-harm,” Henderson said. “I had a relapse a few months ago, but except for that, it had been at least eight years.”

Last year, she was diagnosed with PTSD and anxiety.

Henderson found the organization, To Write Love on Her Arms, which helped her cope with mental illness.

“It helps people mainly get resources that they need if they suffer from anxiety, depression, addiction, self harm,” Henderson said.

Henderson was focused on bringing To Write Love on Her Arms to NKU, but that fell through and a chapter never formed on campus.

“When I found them,” Henderson said. “I wish I had found them sooner. It probably would have saved me a lot of problems. In my opinion, I wouldn’t be as set back as I am.”

She had hoped the organization being on campus would help a lot of students.

“To me, I’ve always wanted to help people,” Henderson said. “I don’t want them to go through what I did.”

Other groups on campus that help with suicide prevention are Norse Violence Prevention and Students of Concerned Committee. There is also an At-Risk Student guide for faculty and staff to have in order to determine signs of depression or other mental illness.

Outside organizations such as Punk Talks founded by NKU alum Sheridan Allen, work to help those involved with music cope with their depression.

“I run an organization that offers free mental health services to touring musicians and industry workers,” Allen said. “I offer general consultation to people who are having difficulty with their mental health, but I also have a licensed clinical social worker who offers free professional therapy through referrals from me to music professionals who are on the road.”

Allen wanted to form Punk Talks when she was having her “quarter-life crisis” her last semester at NKU. She was inspired by the band Modern Baseball because they were touring musicians and college students.

“Those bands that helped me my entire life, this was kind of my way in helping them in return,” Allen said.

“It kind of suggests there is a correlation between creative minds and mental health,” Allen said. “I think it’s a combination of people who are drawn to subcultures in general, especially emo and punk music, they are just kind of more sensitive in general and more introspective.”

Allen said that the combination of that as well as the mental and physical strain of touring can be destructive.

Henderson said that she has noticed a rise in suicide rates.

“I think, if I remember the statistic right, suicide was the second leading cause of death between 18 and 24-year-olds,” Henderson said. “And if you don’t talk about it… If somebody has suicidal thoughts, they think they’re crazy, but if you have a lot of people who are saying ‘This is real’, ‘You’re not crazy’, it helps people realize, ‘Oh, they’re not gonna put me in the crazy house for having these thoughts.’”

Henderson is not alone in her depression.

This information was taken from the The Standardized Data Set (SDS) and developed with input from more than 140 counseling centers and represents a uniform set of questions typically asked of students seeking services.

“Nationally, there’s been a trend over the last five or so years where there are more students seeking mental health services,” Health, Counseling and Student Wellness Director Benjamin Anderson said. “This is across the board.”

“We have crisis walk-in appointments so a student can walk in at any time during the school day and tell us that he or she is suicidal or has uncontrollable emotions and they’re not sure how to handle them so we assess those students in crisis,” Anderson said.

If need be, HCSW will get those students to the hospital.

“We had a significant jump,” Anderson said. “That does not include our after hours on-call crisis that we get.”

Anderson said that at this point, there is no known reason for the significant increase.

The Student Rights and Conduct office is often a step for students who have attempted suicide to make sure that student is safe after that attempt takes place.

There was one reported suicide in Fall 2015.

For students affected by someone committing suicide, HCSW takes action in helping those students cope and normalize the process.

“I think one of the things we probably don’t do a great job of, as a society anymore, we don’t do a great job of grief,” Anderson said. “Like how to grieve and that it’s a normal part of life so part of my job is to provide support for those folks and also help educate them on grief and the process of grief.”

Anderson noted that there are prevention services on campus. One is called Question, Persuade, Refer (QPR).

QPR is training that is available to all faculty, staff and students. HCSW clinicians run the training.

“It gives faculty, staff and students an opportunity to know what kind of questions to ask to people they think may be suicidal,” Anderson said. “It gives them skills on how to persuade them to get help and finally, it helps that person know who to refer that student to and when to refer.”

Anderson said that it’s hard to gauge if someone is suicidal because people act differently in that situation.

“There are some things that you might notice,” Anderson said. “One of the things you might see is that a student might start to say goodbyes to people, they may be a little bit more subtle [or] talk quite a bit about death. If there’s a student who comes back to that topic a lot, that’s a red flag.”

Anderson mentioned that the biggest concern is not necessarily depression when it comes to suicide, but hopelessness.

Anderson said that it’s not uncommon for students to come and talk about another student they are concerned about. If HCSW thinks a student is actively suicidal, police can find that student and do a well-check for that student.

“Sometimes students can feel hopeless and not necessarily meet the criteria for depression,” Anderson said. “But it’s hopelessness that has the higher correlation. So if you start to notice a friend that is hopeless about everything would be another sign.”

If you or someone you know is struggling with suicidal thoughts or needs help, the National Suicide Prevention Hotline is 1 (800) 273-8255.