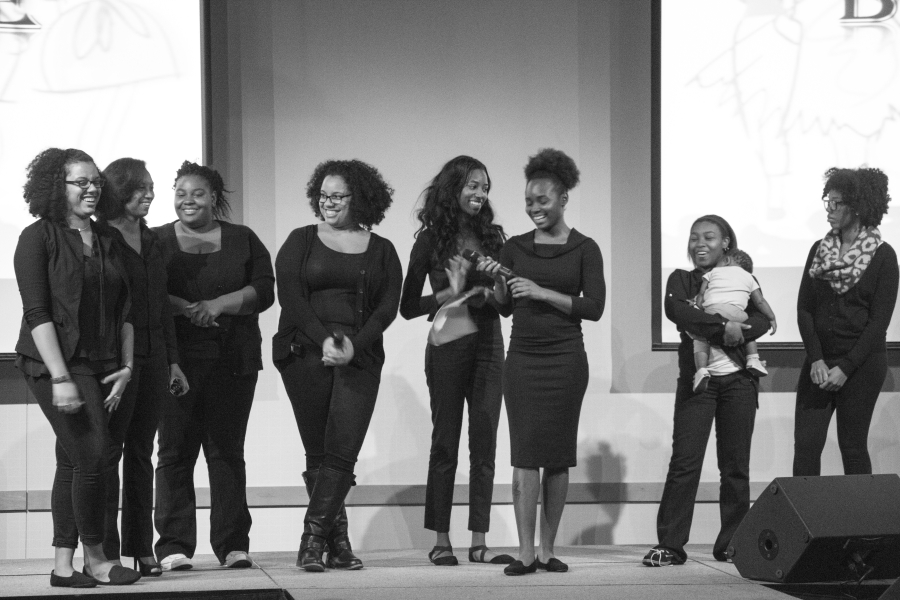 Gallery: ‘Black to the Future’ showcases black culture and fashion

They were dressed neatly in all black, weaving past one another, their voices tangled in a mix of determination and drive.

Black to the Future: Black Fashion and Culture Then and Now was the first large event put on by Black Women’s Organization.

Meant to showcase black fashion and culture, Dejah Rowlings, president of BWO and junior political science major, said that the organization had been working on the event since August.

As if glimpsing into the exposed inner workings of a beehive, BWO members could be seen gliding in and out of the backstage area.

Hints of clothes could be seen, ranging from rich and vibrant colors to warm neutrals, as the models and organization members prepared for the night ahead.

The room came to hush.

Music swelled in the SU Ballroom and the lights began to dim.

A spotlight focused onto the stage.

Audience members rustled in their seats, some popping complimentary mints into their mouths, as the hosts Ashley Wilson and James Johnson took the stage and introduced Sierra English, who sang “Glory” as an open to the event.

The event, held on Oct. 30, was meant to bring awareness to the positive aspects of black culture and fashion, according to Dejah Rowlings, president of BWO and junior political science major.

“We came up with the theme in the summertime, it was around the time when the shootings were happening,” Rowlings said.  “The girls decided — we usually do HIV awareness–but let’s shed light on black culture and the good part, since so many negative things have been going on.”

Last year, the organization had been inactive.

Kiara Gray, public relations chair for BWO and a junior secondary social studies education major, said that she hopes the event shows people that the organization is back in full force with top notch events.

She also said that the fashion show is meant to bring light to black fashion and culture, despite the misconceptions people may have,

“Black fashion is more than sagging,” Gray said. “It’s more than what you see in music videos, and things like that.”

Moving to the beat of the music, the modelling began with the 60s and 70s — fashion infused with hippie-esque aesthetics in a time where protest culture was emerging and civil rights movements.

One male model raised a fist in the air as he walked on stage, in resemblance of the black power movement that rose in the 1960s.

Moving through the 80s and 90s, the models’ presence filled the atmosphere, at times serious and concise with their movements and at other times fluid and rhythmic, striking dance moves that spoke to black culture.

Rowlings said she and the vice president, Demondrea Starnes took an entire day to shop for the clothes, particularly the older fashions.

“It was a lot of work. We had a lot of plans, and some things didn’t work out, but at the end of the day some things did work out,” Starnes said. “We had to call different people, to going out and shopping ourselves to get the older stuff.”

They also got clothes from Innovative Black Station, which models wore during the urban section, black shirts emblazoned with bold white lettering reading “Black” in all caps.

Endexus Creations provided clothing for the African Culture section of the night, which has a store located in Fairfield, Ohio.

The section was preceded by the African Student Union dance team performing. Their striking movements paralleled with the warm red and orange hued clothing they wore.

The clothing was splashed in vivid colors and in an array of ethnic African patterns with an added dose of modern infusion.

Younger models, in the elementary age range, came out for the African Culture section alongside the student models that had performing throughout the night.

Exuding sass, bodies whipping and twirling their red dresses, patterned with whites and gold, they were met with whistles and snaps from the audience.

The night closed, and the BWO eboard filed to the front of the stage. Grins read across their faces as the crowd held their applause. They passed around a mic and thanked those who helped in bringing the fashion show to fruition.

For many on the eboard, Starnes said, this was the first big event they had put on.

Looking forward, Starnes said the current eboard’s goal is to make sure the girls are set up for next year.

“We’re very happy that we’re back and running,” Rowlings said.  “We’re trying to stay on track. We’re just trying to work the kinks out on a day by day process.”

The next event BWO plans to put on is the Gentlemen of the year pageant, which will showcase men on campus that BWO thinks are gentlemen and deserving of the recognition. Though the event won’t happen until next semester, an informational and applications will be available soon. 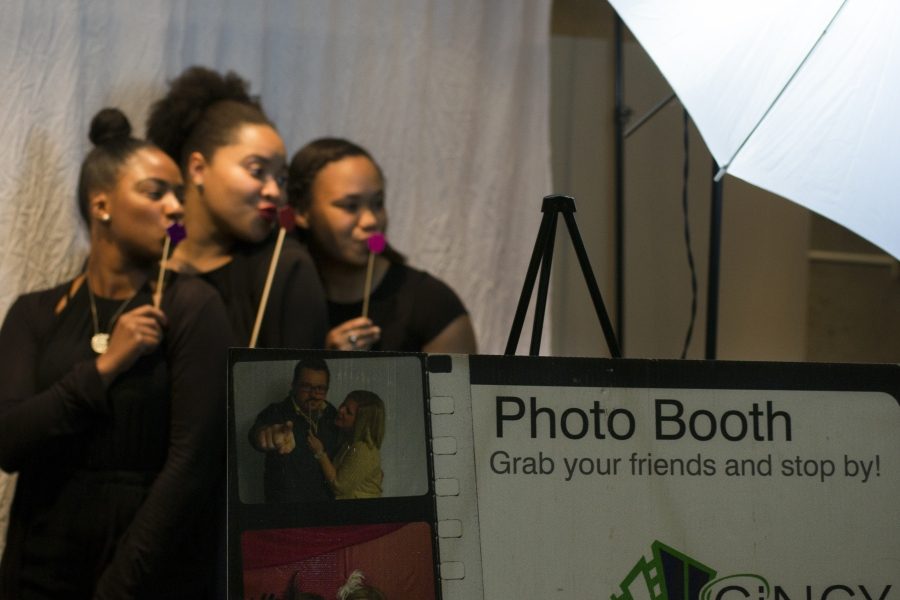 Gallery|19 Photos
Outside of the SU Ballroom, a photo booth was set up. The booth provided props to pose with.