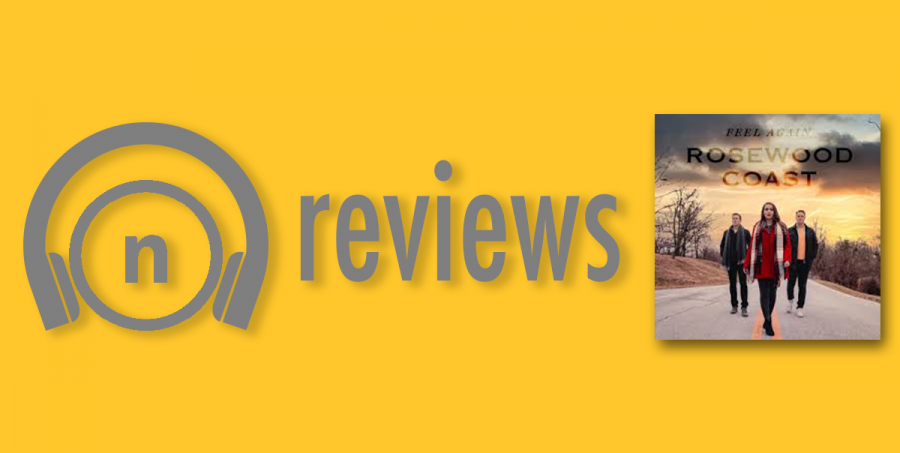 Rosewood Coast released their first single on Friday since lead singer Kali Marsh joined. “Feel Again” is an upbeat, summertime track that reminds us what it’s like to feel that rush of new love.

For fans of Paramore, “Feel Again” is reminiscent of “Still Into You,” incorporating familiar pop rock beats and an almost giddy sensation found in Marsh’s vocals. It’s the sun breaking through the clouds after a dreary week.

“Feel Again” lyrically and musically encapsulates the rush Marsh got when she met her now-partner who inspired this track. She felt like she was blooming, which was the original title of the song.

“When I met [my partner], I felt like I was coming back to life in a certain way,” Marsh said.

“Feel Again” shocks the listener out of the musical numbness we’ve become accustomed to with the overplayed formula of current pop music. It’s a love song in its purest form, but a refreshing take on an age-old story. This song belongs at the top of anyone’s summer love playlist.

Although “Feel Again” perfectly captures that weak-in-the-knees experience, Rosewood Coast promises future content won’t exactly be the same. Marsh said the next single, which will most likely be released within the next year, will be more “nitty gritty.”

“I think we want to show ourselves as being diverse and that we can do other stuff too,” Marsh said.

“Feel Again” is the result of one of Marsh’s first attempts at songwriting. Working on her skills, she wrote about three lyrically diverse songs. Guitarist Zack Sempsrott and drummer John Trygier came up with a sound that Marsh knew was supposed to be a happy love song, thus “Feel Again” was born.

Although an album won’t be released anytime soon, the band is still working on developing their sound and getting back into playing live shows. They’ll be opening for Drake Bell at the Thompson House in Newport on May 24.