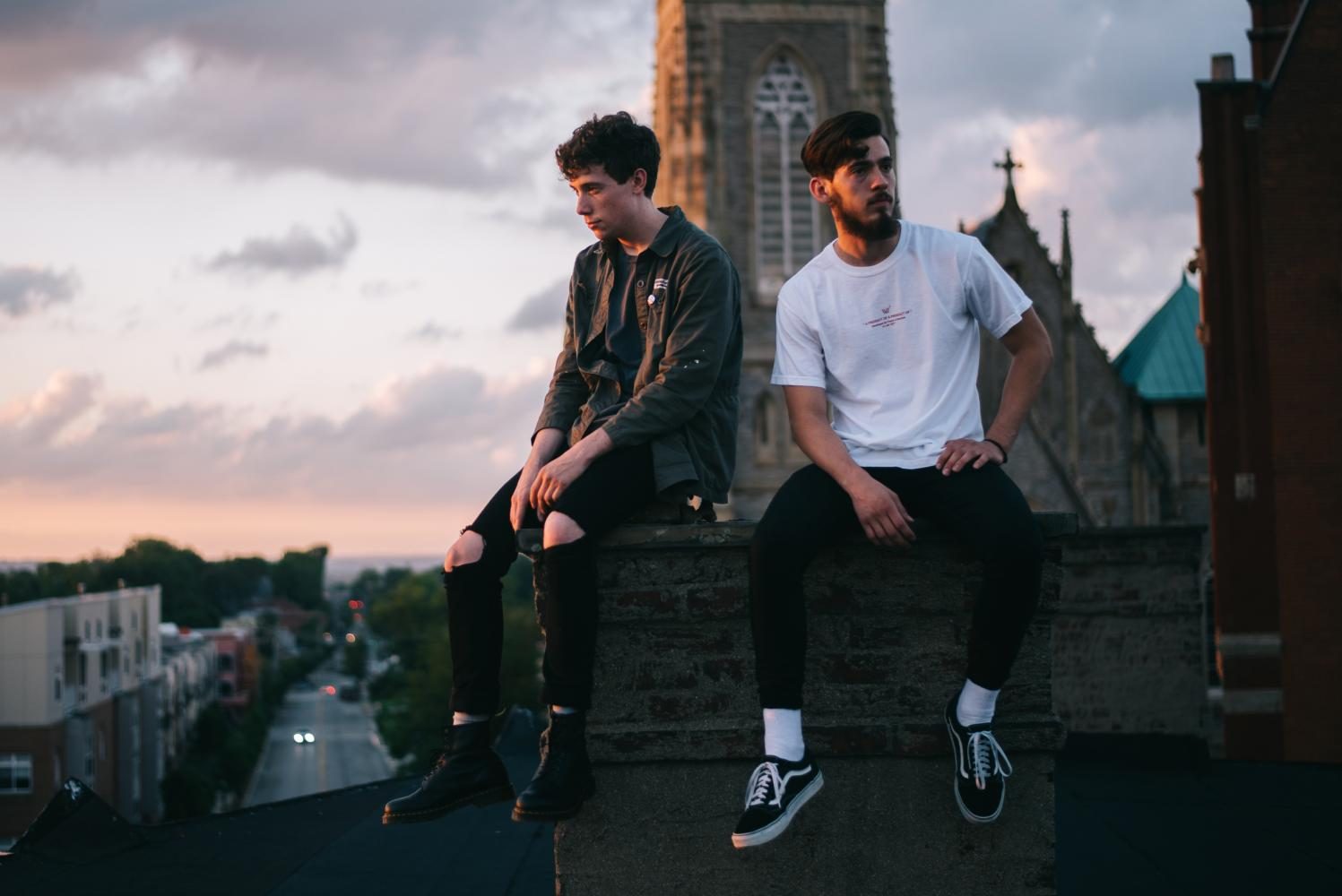 Alex Arias and Tyler Isaacs make up both halves of the Fream Collective. Both said they could see themselves staying in the Greater Cincinnati area post-graduation, citing its growing art scene.

Moving through six different projects, the Fream Collective is a product of two students' love for creation.

Tyler Isaacs turned a black ‘dad’ hat in his hands, running his thumb over the back strap, which is dipped in faded grayscale paint. It completes the otherwise simple design; fream–the name of the apparel brand he created with fellow student Alex Arias–is printed on the front in clean typeface.

It’s a name that Isaacs and Arias, both halves of the Fream Collective, coined after frustration. The two flipped through an old magazine before landing on the term.

“We kind of took that idea and I think there’s a lot of people that can relate to that,” Arias said. “So we said ‘let’s do that and see if we could use [Fream] as a creative avenue to make things.’”

The hat was released over a year ago–last May–and six projects followed. The tie that binds their body work lies in their namesake.

Both visual communication design majors, they’ve now released an array of apparel ranging from hats to beanies to long-sleeved sweat-shirts and classic tees. Inspired by vintage aesthetics, the pair said a lot of their clothes revolve around the concept of taking a basic garment and tweaking it.

“It’s really interesting to see how it’s taken a life of its own, almost like with each project it’s turned into something new,” Arias said. “When we were starting, we had no idea what we were doing or what it was going to turn into.”

Arias grew up in Independence, KY while Isaacs grew up in Campbell County. Initially enrolled at the University of Cincinnati, Isaacs transferred to NKU’s design school where he met Arias, who didn’t declare his major until the end of his freshman year, in a design class. If one were to see each in a car, they’d seemingly have completely different vibes.

Arias listens to the likes of Tame Impala and the Black Keys whereas Arias delves in the underground hip-hop scene. The cross-section of their interests and personal styles creates space for their creative partnership, one that both said felt natural.

“We have different tastes aesthetically-wise,” Isaacs said,  “but I think the DNA of it, there’s a similar strand where we like the same stuff, but we can always come back together with new and different things that one of us might not find.”

Project two began messily. They were ruining shirts left to right in the white-walled lab where they experimented with a tie dye pattern that spilt down the middle; one side is a steely blue that slides into a pearly white. It’s the process that produces a tangible concept that they love, Arias said.

The finished product is minimal with an edge. But Isaacs doesn’t want their brand to be stuck in singular aesthetic. With each new design emerges something unexpected and new, be it the bright orange color of project three with black patterns that twist around the hip or the mesmerizing, warped circular lines of project five.

“[Project five] is the first one that we had an idea [for],” Isaacs said. “This is called ‘Product of a product.’ The idea behind was it has to deal with having individualism and having your own sense of style. It’s a thread we like to integrate throughout our products. It’s the idea of a copyright logo and it becomes more warped as it distorts. It’s the idea of people taking something and once you multiply it becomes something different.”

The concept–which produced both a black sweatshirt and white t-shirt–is one that parallels Isaac’s own artistic philosophy. Though he’s inspired by artists before him, he said he takes inspiration and builds upon it. 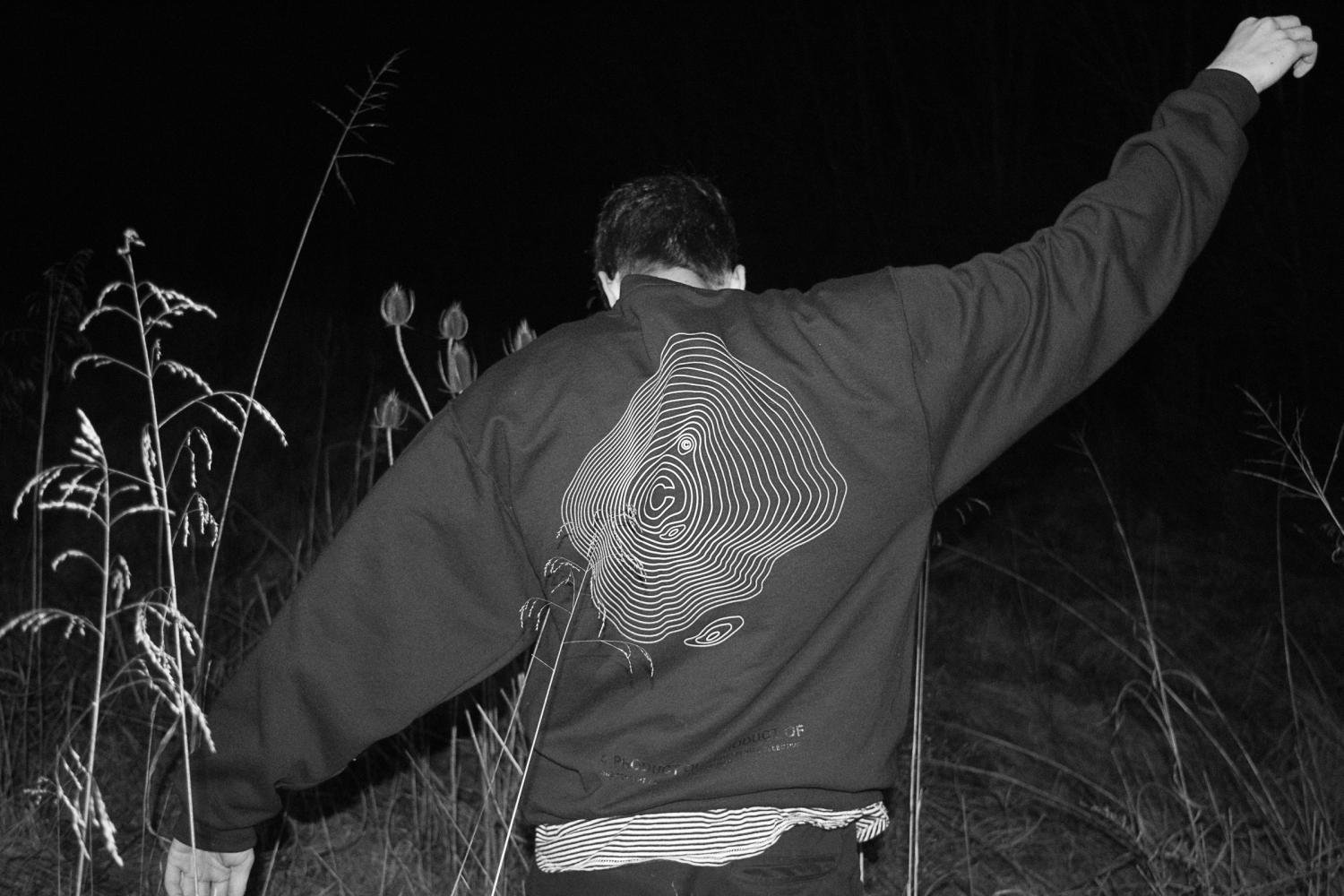 Gallery|3 Photos
Fream
The idea of the fifth project was coined "Product of a Product." It's warped design was released in another wave as a white t-shirt with red print.

“You’re not copying, but it’s like appropriation. The artist before me that I’m taking inspiration from was inspired by five other people,” Isaacs said. “It’s kind of cool to see how the pyramid grows and once it goes through you it becomes something different.”

Their most recent project was their first collaboration with another artist, Brendan Houston, a design student at UC that specializes in American traditional tattoo designs. The tee features a snake entwined around a bold cerulean six.

Within the network of artists at NKU, Isaacs said most people they know are down to collaborate or help one another out. Whether it means working with Samuel Greenhill, a photography student, on presenting their product or borrowing a girl’s snake to pose with for project six.

Work spread across the table and even on their laptops (the outward, warped design of project five is placed as a sticker next to a Supreme one) Isaacs lifted a shirt and explained the stitching, which he’s beginning to learn to do.

His grandmother has been sewing the tags on so far. If your grandma needs a job, Isaacs said, the Fream team can help her out.

“On project four and five we had the screen-printing and then sewed underneath it on both sides. Little details like that we really like and my grandma was the first person I thought of,” Isaacs said. “She’s super quick. She was a seamstress growing up.”

Some of their apparel was screen-printed (a process that Isaacs said isn’t as glamorous as some assume) in Lab 102. Others are created in Over-the-Rhine at We Have Become Vikings, a design company.

As they progress, they’re able to create more products. For each collection, they produce more than the prior. The first consisted of ten hats; the last release had 40 shirts in stock. If they could make 100 or 200 shirts, they would. That’s the goal, Arias said as he tapped the table, “Cross your fingers.”

“Everything we make off of a project goes right into the next one,” Arias said.

Ultimately, Fream Collective is a collaboration between two design students who love to create for creations’ sake. The reward of people actually wanting to wear their art is the cherry on top, Isaacs said.

“It’s a cool experience to see someone support it,” Isaacs said.  “We’re super grateful for community, again. If you’re making something, even if they’re not super into it, it’s the act of putting yourself out there and being vulnerable doing something; you’ve got to support it.”

In the future, the pair hopes to continue their efforts post-graduation and see where it takes them. Isaacs teased their next project, saying it has a vintage racing theme that allows them to experiment with new typeface and imagery.

A zine, which is a small self-published booklet, is also on the horizon, along with a collection of simple shirts in three different colors with tags that Isaacs said will be sewn with love by his grandmother.

“We do it because we want to create stuff so we’ll see what it manifests into. I don’t like thinking of it as a business; we just take the steps as they come,” Isaacs said, “When they come, more with the website, and more people after that maybe a store. We’ll see.”