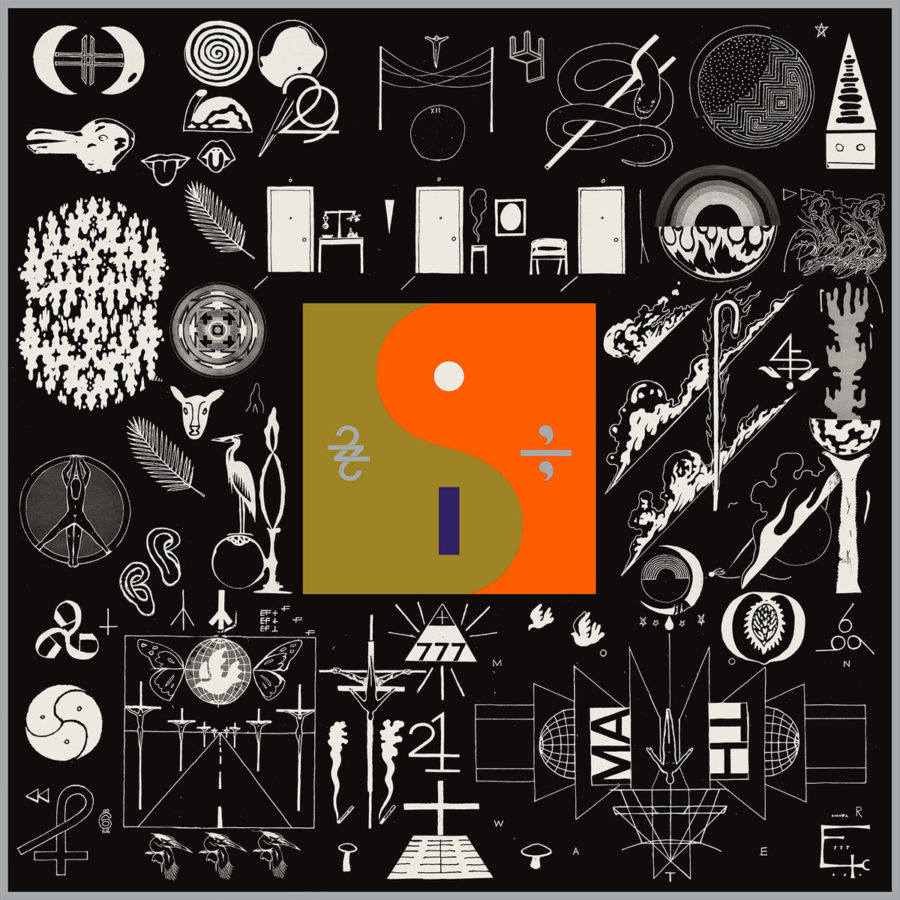 “22, A Million”, released September 30, is a testament to the limitations of technology and the human mind.

Five years removed from the monumental prog-folk of his self-titled sophomore record, Justin Vernon’s third Bon Iver project is a starkly minimal testament to the limitations of technology and the human mind.

Though retaining much of the atmospheric texture employed by its predecessors, 22, A Million trades mountainous, national-park soundscapes for a cupped ear to a whirring mainframe.

Vernon assumes the role of Dale, the spiritually curious grad student in John Updike’s Roger’s Version – an individual searching for evidence of the divine inside the guts of a computer. The record’s tracklist reads like the mad scribblings of a frustrated scholar, a cryptic numerology of digits and symbols. (“10 d E A T h b R E a s T ⚄ ⚄” and “29 #Strafford APTS” are two of the more abstract titlings)

Not surprisingly, 22, A Million is an esoteric effort befitting its hieroglyphic liner notes. It’s a symphonic arrangement of damaged synthetics, choirs of chipmunk-ed vocoders, glitchy drum machines and the occasional squeal of saxophone accompanying Vernon’s gentle guitar murmurings and bouts of glossolalia. Any past comparisons to Peter Gabriel are as relevant as ever, but traces of futurist pioneers Arca, Oneohtrix Point Never and Macintosh Plus are evident influences as well.

Brian Wilson once referred to his later-scrapped Beach Boys effort, SMiLE, as a “teenage hymn to god”. Following in the footsteps of Chance the Rapper’s Coloring Book, one could argue that 22, A Million is the second installation in a series of gritty, IMAX-screened reboots of Wilson’s adolescent hymnal. Flanked by haunting, automaton harmonies to rival those of the Beach Boys, Vernon imbues his electro-folk tunes with references to the biblical Psalms and religious symbols, deployed to enter conflict with the numbers and data we adhere to religiously to make sense of the world around us.

“The math ahead / The math behind,” he laments, is “all moon water.” Just as religion demands faith in that which cannot be seen, those outside the realm of scientific scholarship believe in the water on the moon that cannot be seen.

He feels as safe beneath the governing body of academia and researchers, (perhaps even the online canopy of “big data”), as he does within the watchful gaze of a deity.

“A word about Gnosis / It ain’t gonna buy the groceries.”

In his essay collection A Year With Swollen Appendices, influential producer Brian Eno extolls the virtue of limitation: “CD distortion, the jitteriness of digital video…all of these will be cherished and emulated as soon as they can be avoided. It’s the sound of failure: so much modern art is the sound of things going out of control, of a medium pushing to its limits and breaking apart.”

Vernon’s new release captures the sound of the brain short-circuiting alongside its fellow overloaded instruments. It’s the dial-up screech of the frontal lobe, the tape hiss of the temporal. 22, A Million is a record about scrutinizing the unexplainable, failing to do so, and happily coming to terms with the shortcomings of understanding. It’s blind faith, bottled. Despite the cacophony of glitches that augment the reality of the album, A Million is no more or less a Bon Iver work than the rest of the Vernon discography. It’s dreamy, profound, densely packed with ambition and loaded with staying power.