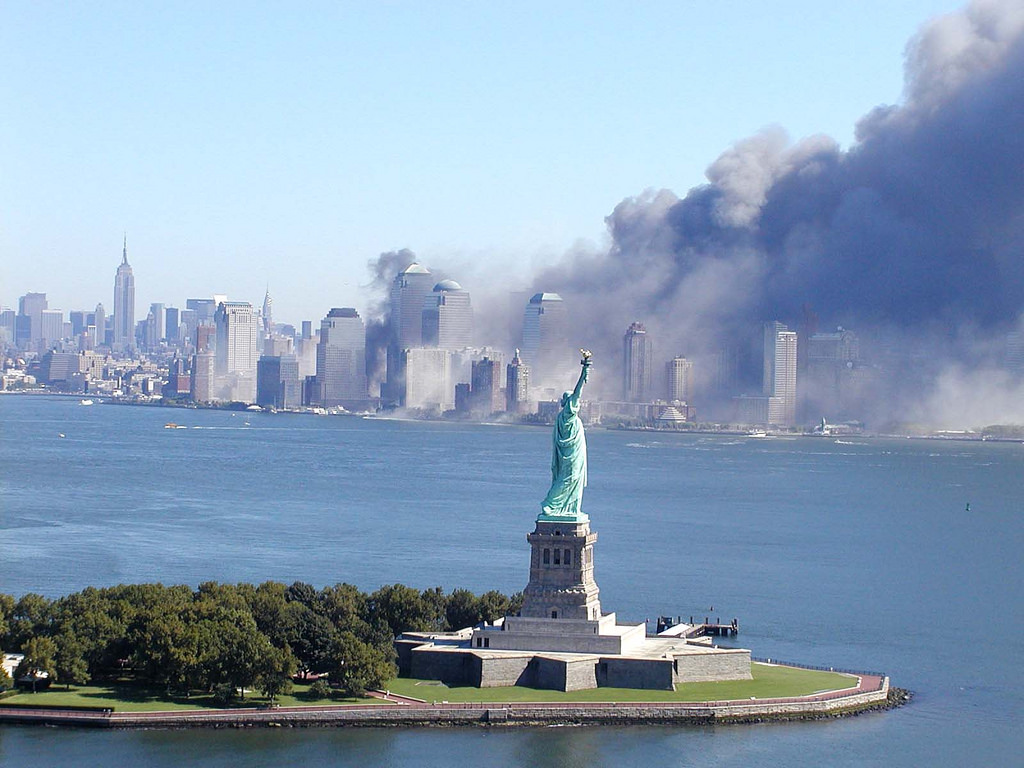 On September 11, 2001 Tom Ramstetter was a student at NKU. He first heard the news on the radio while driving to his morning class.

On September 11, 2001 Tom Ramstetter was a student at NKU. He first heard the news on the radio while driving to his morning class.

FACULTY COLUMN: We’re all one, a remembrance of 9/11

Tom Ramstetter, currently a NKU journalism professor, was a student at the university on September 11, 2001. He shared his story with The Northerner in honor of the 15th anniversary of the attacks.

We’re all one, now. Now we all come together.

Those weren’t my dad’s last words, but they’re the last truly clear words I remember him saying to me. It was a brief moment of clarity for him during the final days of his battle with prostate cancer, which would take him from the world and his family at 56 on Oct. 1, 2001.

My dad, a loyal union-member Democrat, said those words as we watched President George W. Bush address the nation the night of Sept. 11, 2001. It was a powerful end to a powerful day — the one day many of us will always remember where we were and how we heard. I was at Northern Kentucky University, about three months from graduating with a Bachelor of Arts in journalism.

I don’t remember all the specifics as clearly as I once did, but some are vivid as ever…

I was flipping through radio stations as I merged onto the ramp from Interstate 75 South toward Fort Washington Way, heading toward NKU for my Biology 120 class. Nothing good was on. So I flipped through quickly. I made it halfway across the ramp and through several stations before the words planes, crashed and buildings caught my ear. A second plane had crashed into the World Trade Center.

Wait. What? A second plane? There was a first plane? No way that’s an accident.

“This now seems to have been done on purpose,” is the line I remember hearing, although I’m sure my mind has merged that quote with others I remember from watching coverage later.

Biology started at 9:25, but I sat in my car in the last row of what is now Lot E, listening to the radio coverage before heading into Founders Hall (which then was the Natural Science Center) for class. The hallway was buzzing. Something big had happened, but I don’t think any of us really knew the level of what was going on yet.

I’ll never remember what the topic was that day in biology class. I’ll always remember I didn’t have much interest in it because of what was happening. The gravity of the day had not yet hit the teacher, so class went on as scheduled…

“We’re Getting Rolled On”

Not much rattles my brother. So when I got up from my seat in biology to make a fake trip to the restroom in order to call him to see what was up, his words stuck with me.

“Dude. We’re getting rolled on,” he said as he told me about the Pentagon being hit.

It was a huge deal. Two huge buildings were hit in New York. The home of the United States military was hit in northern Virginia. I think we had heard that something had happened in Pennsylvania by that point. Federal buildings were being evacuated and all air traffic was grounded. The President of the United States was stuck in the air somewhere.

We’ve lived for 15 years now with the idea that something like all that could happen one day because we all know it happened on September 11, 2001. But I think it’s easy to forget how new that sort of thing was as it was happening. I had lived 22 years to that point believing this

continent was an impenetrable fortress. Sure, we had the Persian Gulf War, which scared the hell out of me as a sixth-grader. But that was there. This was here. I didn’t even live in fear of a nuclear attack as my parents did. The impossible was unfolding.

So those were my brother’s exact words. “We’re getting rolled on …” said with such shock and uneasiness that at that point, I realized myself that the world had changed. I talked to him briefly in the hallway about what was happening and also checking up on my dad. Not long after I returned to class, newer tidbits of information began trickling in and getting to the teacher’s attention. We didn’t have Twitter and at-all- times texting, but we were able to get information.

So she finally let us out a bit early.

I walked from Founders Hall to the University Center for some lunch. I know I looked to the sky a few times. It’s weird in a way to look up and not see any planes when you know they’re not there.

There was a crowd pouring out of the rec room in the University Center, which was where the current book store is. There was a big-screen TV with the news showing and hundreds of NKU students watching the events unfold. It was almost unimaginable. I think both towers were down by the time I spotted my friend, Joe Glaser there. Joe was two years behind me at St. Al’s grade school in Bridgetown, at La Salle High School and then at NKU. If I remember correctly, we were supposed to be in Literature and Film class that afternoon.

Another friend from La Salle and NKU, Rob Howard, was working the phones at the Delta Airlines call center at the University Center that day. He quickly came up to let me know he wouldn’t be able to have lunch.

I looked at Joe and said, “I think it’s time to go home.”

I talked to my mom on the way home on my first-ever cell phone. My eyes rotated from the road to the sky as I sped down Interstate 471. There were rumors of a plane over Cleveland or Cincinnati. It was just that kind of thing minute after minute the rest of the day. My family spent the rest of the day and night watching news coverage.

The next few weeks and months were like a new world in so many ways. We buried my dad, who was born 11 days after the Japanese surrendered to end World War II, the day before the war began in Afghanistan. His words that night were right.
We were all one at that point.