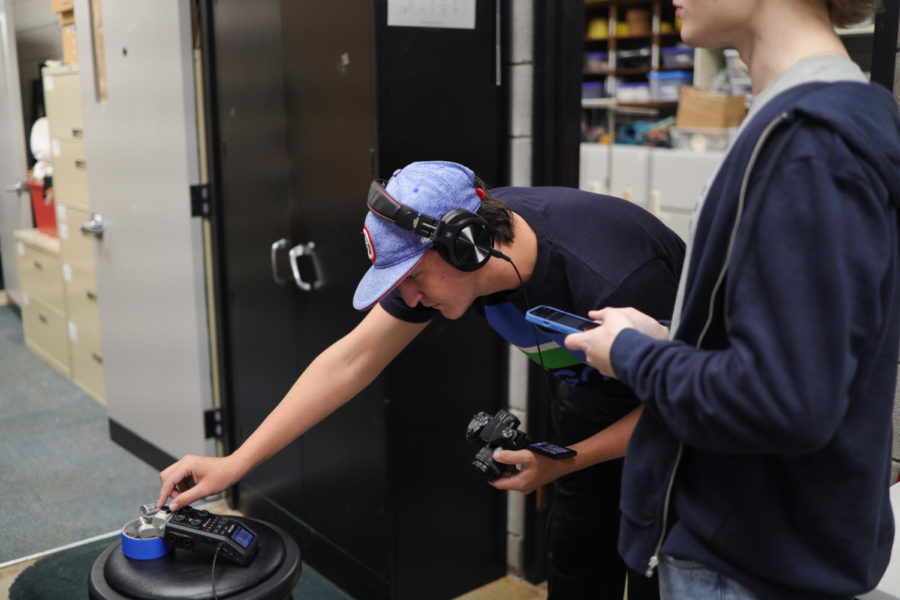 Dylan Boling sets up equipment as he prepares to shoot video.

VIEWPOINTS: With a Rising Interest In Filmmaking, Just How Hard Is It?

According to a Forbes article, majors like  information technology and electronic media have seen a major rise in interest over the past decade. With media and technology growing at such a rapid rate, students have flocked to a major that will grow with them, but this begs the question for students and parents alike as to whether a media major is a path worth taking.

The most popular majors among most universities in the United States include business, nursing, psychology, biology and pre-med. Historically these majors have been looked at as “safe” majors where students are believed to have better careers post-university. But with movements all over social media showcasing today’s version of “get rich quick” or “live fast, die young,” the younger generation looks to break out of its comfort zone.

This trend is continuing with Generation Z as they move toward more liberal arts degrees. In fact, such students claim to already have enough familiarity with technology.

Since the younger generation of students has decided to combat the historic “norm,” there has been a dramatic amount of interest in majors regarding electronic media and filmmaking. However, given the history behind STEM majors and business majors, there is a bit of hesitation from older generations to find substance in these majors. But is this hesitancy justified?

On Sept. 28, the second annual EMBER Film Fest took place in the Griffin Hall digitorum. The EMBER Film Fest is an NKU-hosted event where electronic media and broadcasting students get the opportunity to screenwrite, direct and produce their own featured short film.

EMBER is broken down into multiple groups where students can submit dramas, comedies and documentaries; judges will look over the films and decide who receives which awards. What some people may not realize is the time and effort that goes into producing these short films.

“I spent probably dozens of hours just thinking about what I even wanted to make the screen write about,” said Dylan Boling, recent electronic media and broadcasting graduate. “I wrestled with myself for so long about what to do I barely gave any thought on how to do it.”

Boling said that during his time producing his short film, he found himself struggling to find free time and to take on the financial burden.

“I graduated from NKU last year, so for me everything was out-of-pocket and man was it rough,” he said.

Boling’s struggles are shared among other members of Generation Z, especially after the economic struggle following the pandemic.

Another EMBER contestant, Cayce Daniels electronic media and broadcasting student, spoke about his dedication to producing his film.

“I felt like I was lost from the moment we started,” Daniels said. “It was kinda like one of those things where you have an idea of the direction you want to go, but then suddenly you’re stumbling and find yourself at the finish line like ‘holy crap that turned out great.’”

Other members of Gen Z, like Daniels, find electronic media to be a practical escape from the norms of college degrees.

One thing that may not seem like a big deal is managing school work on top of producing a short film.

“I’m kind of glad it’s finally over,” said Will Rohan, electronic media and broadcasting student. “It was fun but also very stressful trying to balance school and work and this, I barely had any time to myself.”

It’s no secret that college work can be very taxing and difficult to manage, especially with a degree like electronic media and broadcasting. Not all students experience the same struggles or joys of such a major, but it is notable through the entrants of the film fest that Gen Z is ready to make a change.

“I love my major and I love this job,” Daniels said.