From downhill skier to pop artist, Remi Wolf redefines her sound with her debut album, Juno 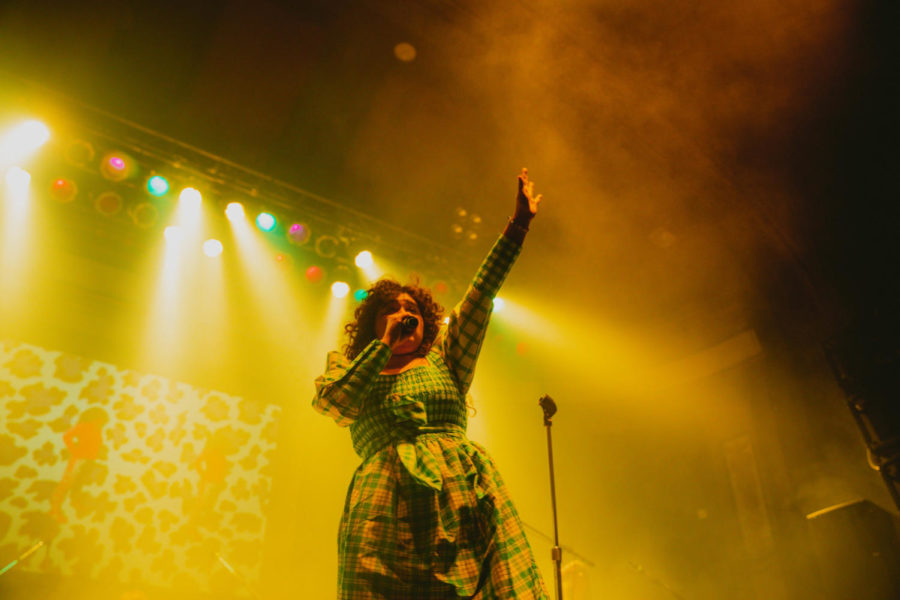 Remi Wolf, a 26-year-old singer-songwriter from Palo Alto, California did not always have a  music career on her radar. At a young age, Remi learned to ski and started attending downhill skiing competitions by the time she was seven or eight.  After a couple years, she attended two junior olympics but realized that she didn’t want this to become her future. She loved music. In high school, Remi was a part of a couple of different bands and she auditioned for American Idol as a senior. Although Remi didn’t get far into the competition, she decided afterward to put all her focus into music.

In 2019, Remi Wolf released her first single “guy,” infusing pop melodies with funky beats and guitar riffs. Since the release of her first song, Remi has grown exponentially over the pandemic after being featured in the song “Cheesin’” with Cautious Clay and a collaboration on her song “Photo ID” with fellow artist and actor Dominic Fike.

2021 brought Remi Wolf lots of firsts, from festival debuts to performing on late night shows to and even her first full length album, Juno, released in October! Juno is the perfect combination of all the colorful essence Remi has, mixed with her funky sense of style, goofy personality and groovy bass lines.

Remi Wolf has been pushing the boundaries of her music since the beginning. She never set strict boundaries with genres and was always trying to find new and inventive ways to make a song. This 13-track album is a wonderful representation of her creative style. It pushes the boundaries of  alternative music but does so in a way that is still engaging and keeps her listeners wanting more.

From a fan perspective, I have loved seeing her style grow and evolve as an artist. I found her music through a friend just under a year ago. At the time, I was just starting to get into the alternative music scene with artists like COIN, Dayglow and the Wallows. Remi Wolf was a wonderful addition to this group of artists. I loved her sound and how much it differed from the others. Not only was she the only female artist I was listening to at the time, but she was the perfect blend of pop and alternative that I liked.

The opening track  “Liquor Store” was a single released a couple of months prior to the album. When the song was released as a single, it did really well in the alternative music scene. She also has tracks like “Quiet on Set,” “Sexy Villian” and “Streets You Lived On” that bring elements of her musical style into one. What I love about her music is that you don’t always have to know all the words to a song (I definitely don’t) to enjoy it from an instrumental and vibe standpoint.

Not long ago, I had the privilege to see Remi Wolf on tour in Columbus, Ohio and snap a few pictures. Now what I love about live shows, specifically artists that tour albums, is how my perspective on songs change after I see them performed live. For example, my favorite song on the album is track 11, “Sexy Villain.” This groovy song with a catchy chorus was stuck in my head for months leading up to the show, and after seeing it live, I had a whole new appreciation for the song. I can now listen to it knowing what it sounds like live and appreciate the little riffs and choruses that are not super present in the recording. That is the beauty of seeing a song how it’s meant to be heard, straight from the artist, live and up close.

Remi’s energy at the show was unmatched. She had everyone on their feet dancing and engaged the entire show. Her online persona totally shone through her stage presence as well as the positivity she brought with her.  She made people feel loved and helped them forget about all their problems for the hour and half she performed. You could tell that her fans really appreciated her energy and gave so much in return.

Remi wowed me with her stage presence and ability to relate to the audience. I loved the album before, but I love it even more now with the perspective I’ve been given.