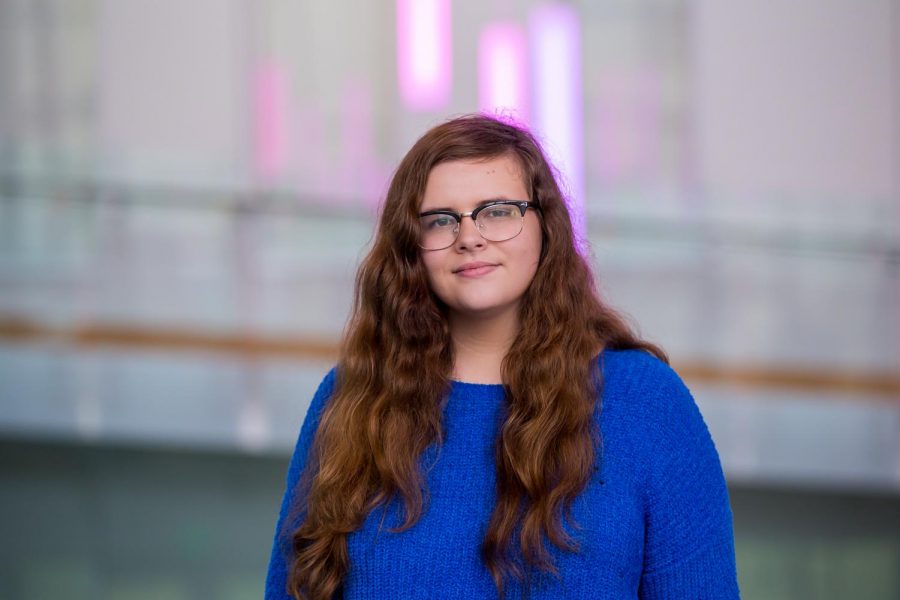 When I decided to major in journalism, I wasn’t actually anticipating a career in a newsroom. I initially wanted to go to law school, and a journalism degree seemed like just another stepping stone in my academics. I had never written a single article before my freshman year at NKU—I had only book reports and English essays under my belt when I decided to attend a Northerner meeting one day midway through my first month on campus…

And then didn’t return until midway through my second semester.

In that first meeting, I was intimidated. Though they were mostly just a few years older than me, the editors seemed like titans. They talked about breaking news coverage on campus, multimedia stories, long-form investigation possibilities—all these things that I never thought I could do. I was extremely shy and never had interviewed someone before. Not even my limited writing experience meant anything; writing in AP style was so foreign and hard to adjust to (I still want to include an oxford comma in my stories even now; it’s an instinct that I have to stifle). I remember thinking, “There was no way that I could ever do anything like that. I just don’t have it in me.”

But I did. And the Northerner helped me realize that.

When I finally gathered the courage to regularly attend Northerner meetings, it was like a light switch was flipped. Slowly, I became more involved and graduated from staff reporter to assistant news editor to news editor, the latest of which I have been for the last two semesters. I’ve written so many different kinds of stories—event coverage, breaking news, investigative pieces, and long-form narratives. I think that the Northerner didn’t just sharpen my skills as a journalist; it cultivated a lifelong passion for journalism to the point where I can’t imagine not being entrenched in a newsroom, writing under tight deadlines and adding to my increasing list of story ideas that daily flit across my brain.

It’s not an exaggeration at all to say the Northerner changed me as a person. Through these opportunities, I became more outgoing and ambitious. I went after internships and scholarship opportunities. I started using my platform as a reporter to bring more attention to topics that I care about and think deserve more coverage.

I think the Northerner helped me realize how much of an impact that a reporter can make to their community. As a student journalist, you get to see the direct changes that your student newspaper makes on campus. It’s such a rewarding experience to have a source share your story with others or see a random person reading a print issue on campus. I’ve been able to see how some of my stories have impacted people, and I’m excited to see how I will hopefully continue to do so in my future jobs.

Natalie and Josh: You guys are literal inspirations of mine. Any time I or someone else has a question, my immediate thought has always been, “Let me ask Natalie or Josh. They’ll know.” You two made the Northerner essential to this university through its breaking news coverage and in-depth news packages. You two were always there to help and guide me and everyone in the newsroom whenever we felt lost or stuck. I know that both of you will continue to have a big impact on the news media wherever you guys work.

Michele: You’ve been the biggest influence in my time at NKU. You’ve been an endless supply of support and guidance for me in all of my stories and projects, from my independent study to my capstone to every single class I’ve had with you. This semester, being a student mentor in JOU 480 has really emphasized what I always knew about you: you have such a passion for teaching journalism and try your absolute hardest to ensure every student’s success and development. You have been a pivotal instructor at NKU for me, and I know that I am a stronger journalist because of your lessons in the classroom and personal advice outside of it.

Kane and Billy: You guys both encouraged me to attend Northerner meetings when I was still very hesitant to join. Billy, you were a great news editor and I strived to emulate you in my time in the position. Kane, you were someone who was so inviting and conversational from day one, and I still really appreciate that to this day.

Noelle, Alyssa, Abby: I’ve really liked getting to know you guys over the semesters, and you have each inspired me in some way with your content. You guys have been the backbone of the Northerner, and I know that you all have success in your future.

Allie, Cameron, Matthew, Kaycee, Tareza, Dung: You guys will be amazing in your new/returning positions, and I wish you the best of luck. I’m very excited to see what the new team will do for the Northerner in the near future.

Madison: We’ve been working together for the past two semesters, and it’s been really amazing to see how well you have acclimated to the Northerner and become such an impactful reporter and editor on this team. You joined the Northerner at such a weird time with the pandemic forcing us all to remain remote, but you didn’t let that stop you from reporting on important news on our campus. Though we’ve talked at length on Zoom and in messages, it’s really surreal to remember we haven’t even met in person. You are one of the most talented journalists I’ve ever worked with, and I know that you will be such a great managing editor. I really couldn’t imagine managing the news team without you, and I’m so glad that you will play a key role in The Northerner’s new leadership.

My time at NKU has been so impactful in making me realize who I am as a person and what I want to do. The Northerner was such a great experience that I will continue to look back on and pull from for the foreseeable future.