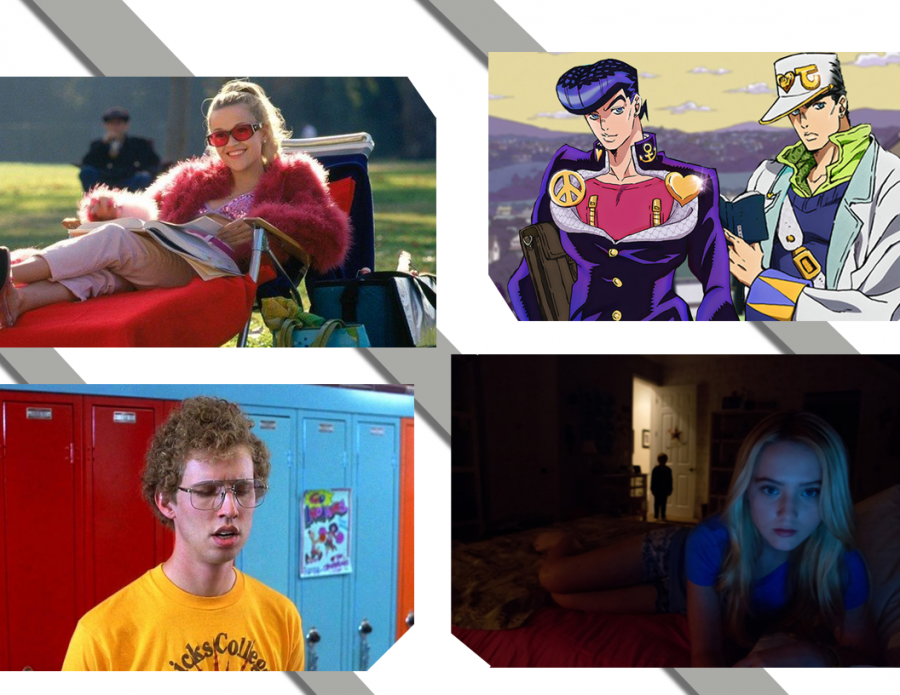 Cult Classic movie Legally Blonde is more than just a rom-com starring Reese Witherspoon. Its completely candid and sometimes quirky feminist narrative has gone on to inspire several women and also several moments in pop culture. If you haven’t gotten the chance to see this movie at some point in your college career, have you had a full college experience? I don’t know the answer to that but watch and find out.

In a lull of True Crime stories or just want to see the impact of race in the judicial system? White Boy is a documentary following 1980s cocaine druglord Richard Wershe Jr., also known as White Boy Rick. Wershe went from an FBI prospect at the young age of 14 that was also capitalizing on the crack epidemic in Detroit to the longest-serving non-violent juvenile drug offenders at the time. Since the documentary’s release, Wershe has also been released from prison, July 2020.

This Netflix series follows former Disney star Tia Mowry as she decides to move her and her children closer to her parents after visiting the family reunion. Mowry’s character is learning how to balance new school parenting with her parent’s old school manner.

The second season of the Indian romantic show follows six new couples as they prepare for their wedding. The couples talk about how to plan an extravagant Indian wedding and some try to blend their Indian culture and the culture of their partner. One bride-to-be said, “If you can manage to mix two cultures together it’s more beautiful it’s like creating art.”

JoJo’s Bizarre Adventure as Arts & Life Editor Emeritus Kane Mitten says “Bizarre is an understatement.” After the platform removed seasons 1 and 2 in early March, the anime is making a reappearance for season 3. The anime contains numerous battles with villains ranging from gorillas to talking babies and even the sun itself at one point. The season follows buddy duo and also arch rivals Jotaro Kujo and Josuke Higashikata.

The Circle, turn on Netflix because the digital reality catfishing competition show is officially back for season 2 in the US. The perfect competition in quarantine follows contestants as they communicate through “The Circle” a social networking device that connects them to the other residents in the apartment complex. They must meet, interact and rank their fellow housemates without ever meeting them. Watch the first 4 episodes on the 14 and turn back in every week for a new drop.

The indie film turned cult classic following your favorite socially awkward redheaded ginger finally arrives to Hulu. Napoleon Dynamite for those that haven’t seen it, follows a young rural boy going through the awkwardness of high school. For everything from his reminiscent uncle, to his equally as awkward yet tech-savvy older brother Napoleon has something for everyone. It’s hard to put into words what this movie is about really, but foresee a lot of awkward humor.

Need a getaway to the nation’s capital and learn about the nation’s pitfalls and most iconic historical facts? Head to Hulu to stream Night at the Museum to find Ben Stiller in the Smithsonian as the exhibits come to life the hectic night with him. The movie includes a star-studded cast with Amy Adams, Rami Malik, Robin Williams and even a cameo from the Jonas Brothers.

The fourth installment of the round footage horror series is dropping surprisingly outside of Halloween season. So, if you are in need of a good scare besides the upcoming finals, be sure to watch this film and relive the horrors of the early 2010s.

One of the first sci-fi movies to be based on the COVID-19 pandemic, Songbird instead focus is on the COVID-23 pandemic in 2024. The film takes place as the world enters its fourth pandemic year and the COVID-19 virus has mutated. Riverdale star KJ Apa and descendants star Sofia Carson Star is the lead roles and love interest in the first film to have production after the shutdown last March.